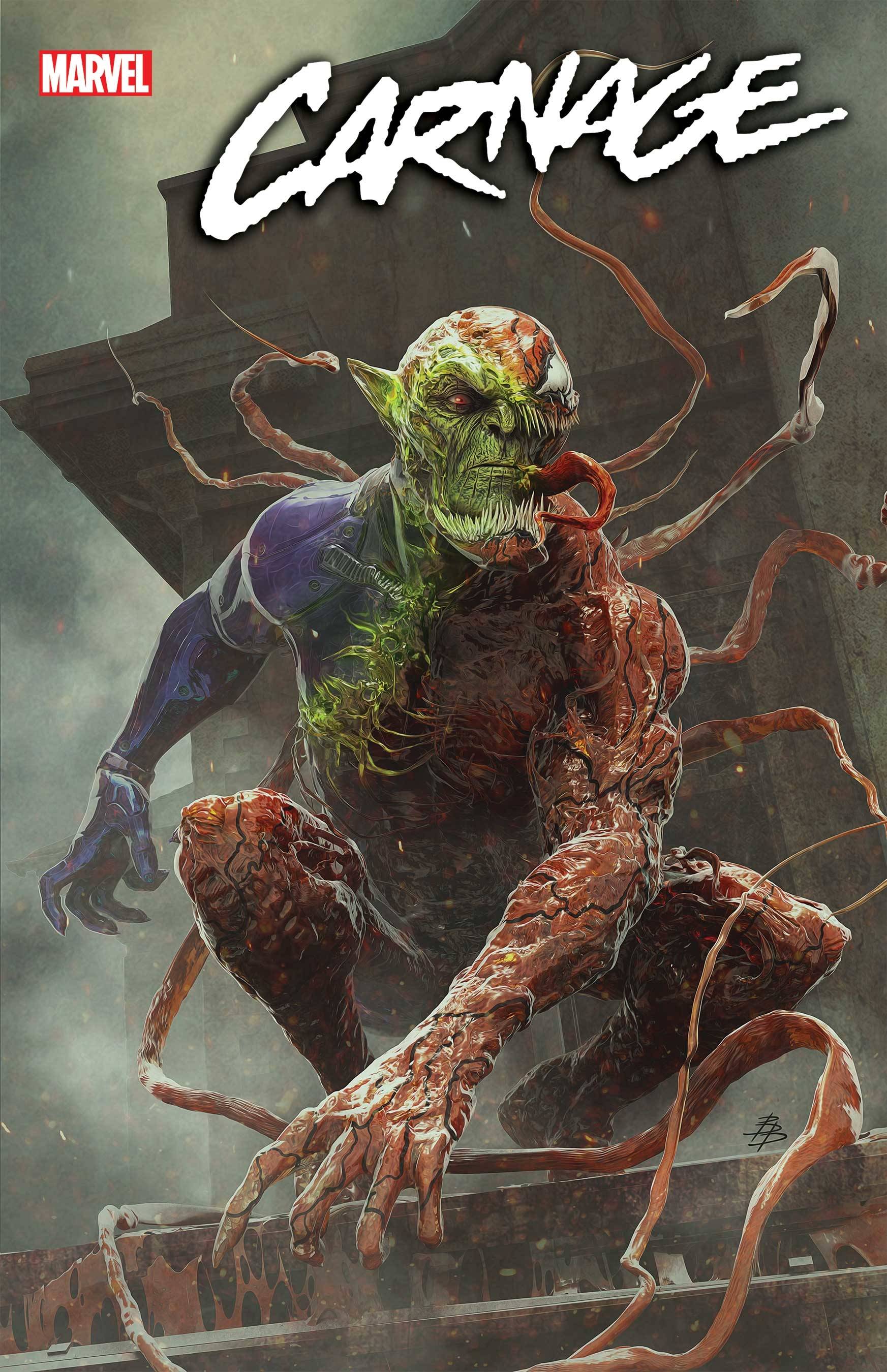 #
MAR220953
(W) Ram V. (A) Roge Antonio (CA) Bjorn Barends
Years ago, Peter Parker spurned a puddle of black, extraterrestrial goo and inadvertently created one of the deadliest foes he's ever encountered: VENOM. Years later, Venom's offspring found a willing host in the form of Cletus Kasady, a dangerous serial killer, and together the two formed an even deadlier being called CARNAGE.
But what will become of the Carnage symbiote now, rejected by the only loving host it's ever known? And, like Venom before it, what new and terrifying creature will emerge on the other side?
RATED T+
In Shops: Jun 01, 2022
SRP: $3.99
View All Items In This Series