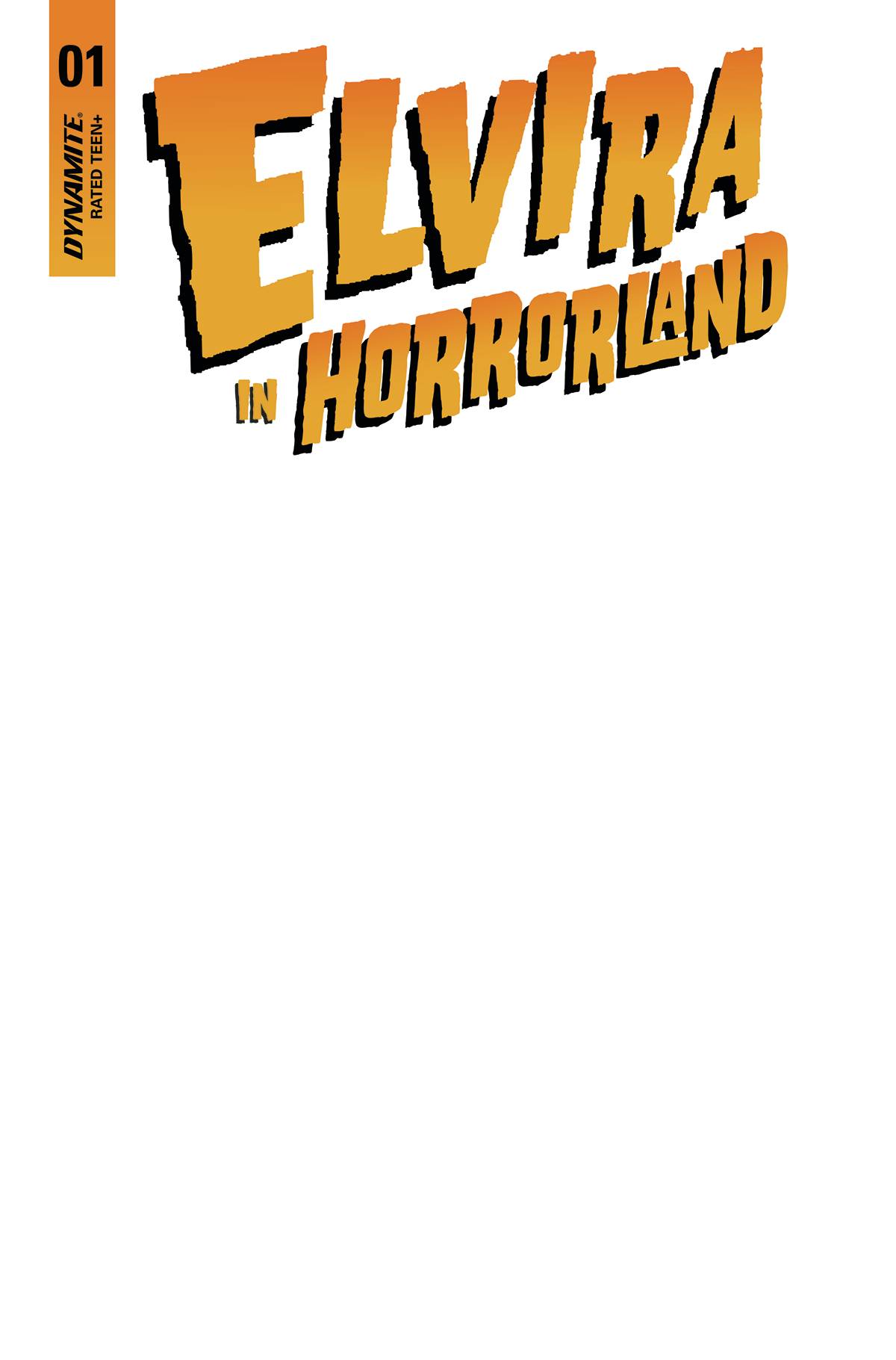 The Mistress of the Dark has discovered that films create their own pocket dimensions, and now she's lost in the Multiverse of Movies! Will she find her way home, or is it just a big Hitchcock-tease? Join writer David Avallone (Elvira Meets Vincent Price, Bettie Page: Unbound) and artist Silvia Califano (the upcoming "Death of Elvira") for a comic you shouldn't show mother: she just goes a little mad sometimes.

All the fun, thrills, and spills under a series of amazing covers by returning artists Dave Acosta, John Royle, series artist Califano, and an amazing Elvira photo cover!

"Once again David Avallone proves to be a master of pulp storytelling as well as the double entendre. He captures Elvira's personality brilliantly and pretty much every interaction that she has is brilliantly written. Overall. Brilliant fun."- SciFiPulse.net
David Avallone is a freelancer from a long line of freelancers, born to a pulp fiction writer (Michael Avallone) and women's rights activist (Frances Avallone).

Since graduating from Bard College in 1987, David has been involved mostly in independent film production (as a writer, editor, director, producer, actor, etc.). In 2014 he branched out into comic book writing, mostly with Dynamite Comics. With them, he's written LEGENDERRY: VAMPIRELLA, TWILIGHT ZONE: THE SHADOW, DOC SAVAGE: RING OF FIRE, BETTIE PAGE and ELVIRA: MISTRESS OF THE DARK.  For American Mythology, he's written ZORRO: SWORDS OF BLOOD, and for Kevin Eastman Studios he's writing DRAWING BLOOD and THE RADICALLY REARRANGED RONIN RAGDOLLS.
"
In Shops: May 25, 2022
SRP: $3.99
View All Items In This Series
ORDER SUBSCRIBE WISH LIST