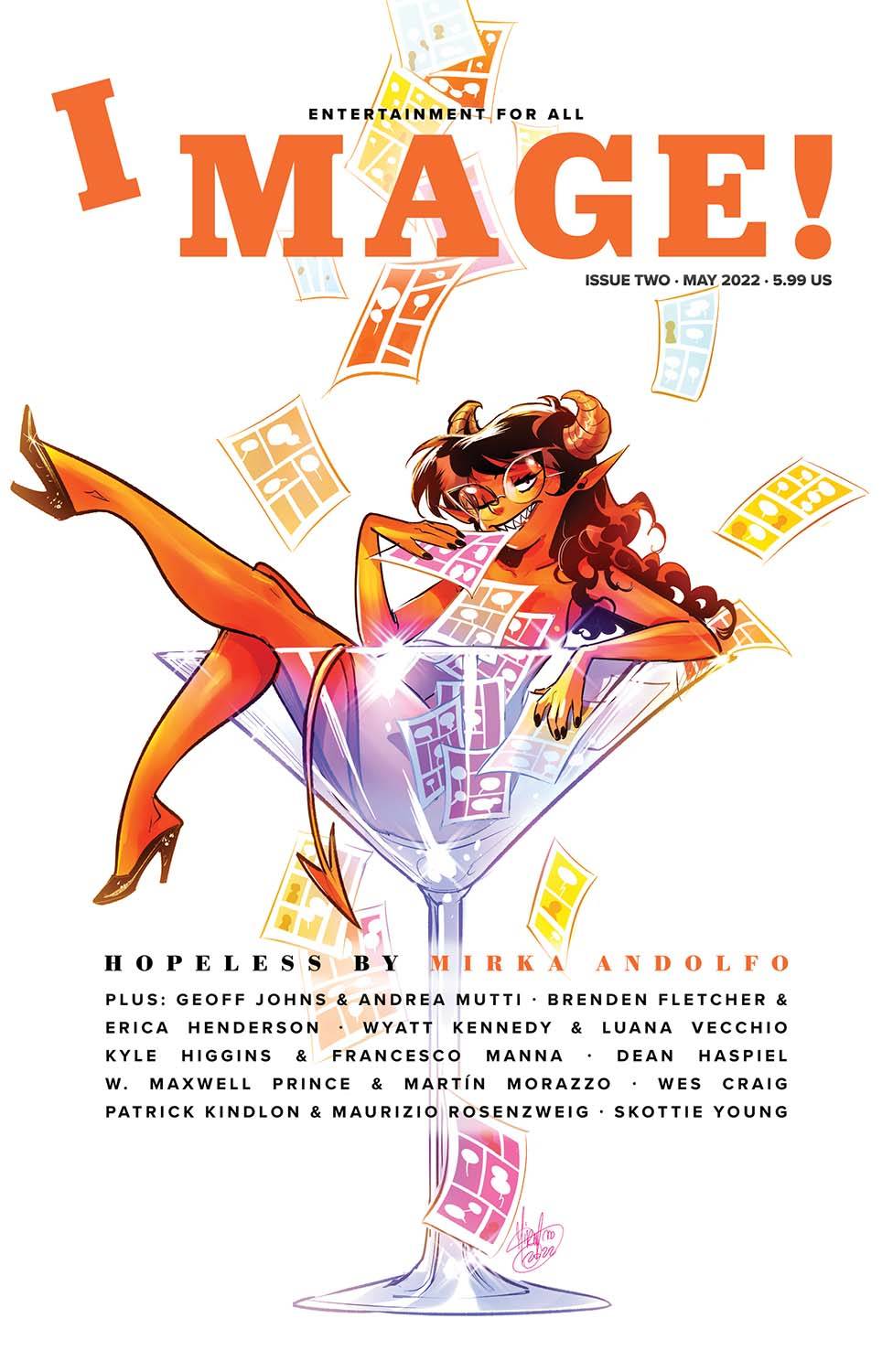 This issue features the second chapters of two 12-part stories: "The Blizzard" by GEOFF JOHNS & ANDREA MUTTI and "Red Stitches" by BRENDEN FLETCHER & ERIC HENDERSON, plus the second installments of three shorter serials: "Gospel for a New Century" by WYATT KENNEDY & LUANA VECCHIO, "Hopeless" by MIRKA ANDOLFO, and "Shift" by KYLE HIGGINS & DANIELE DI NICUOLO. Plus! An all-new ICE CREAM MAN short story by W. MAXWELL PRINCE and MART N MORAZZO, the beginning of WESLEY CRAIG's KAYA, the opening installment of a 10-part serial by PATRICK KINDLON & MAURIZIO ROSENZWEIG, and the continuation of the all-new ongoing comic strip by SKOTTIE YOUNG!
In Shops: May 25, 2022
SRP: $5.99
View All Items In This Series
ORDER SUBSCRIBE WISH LIST