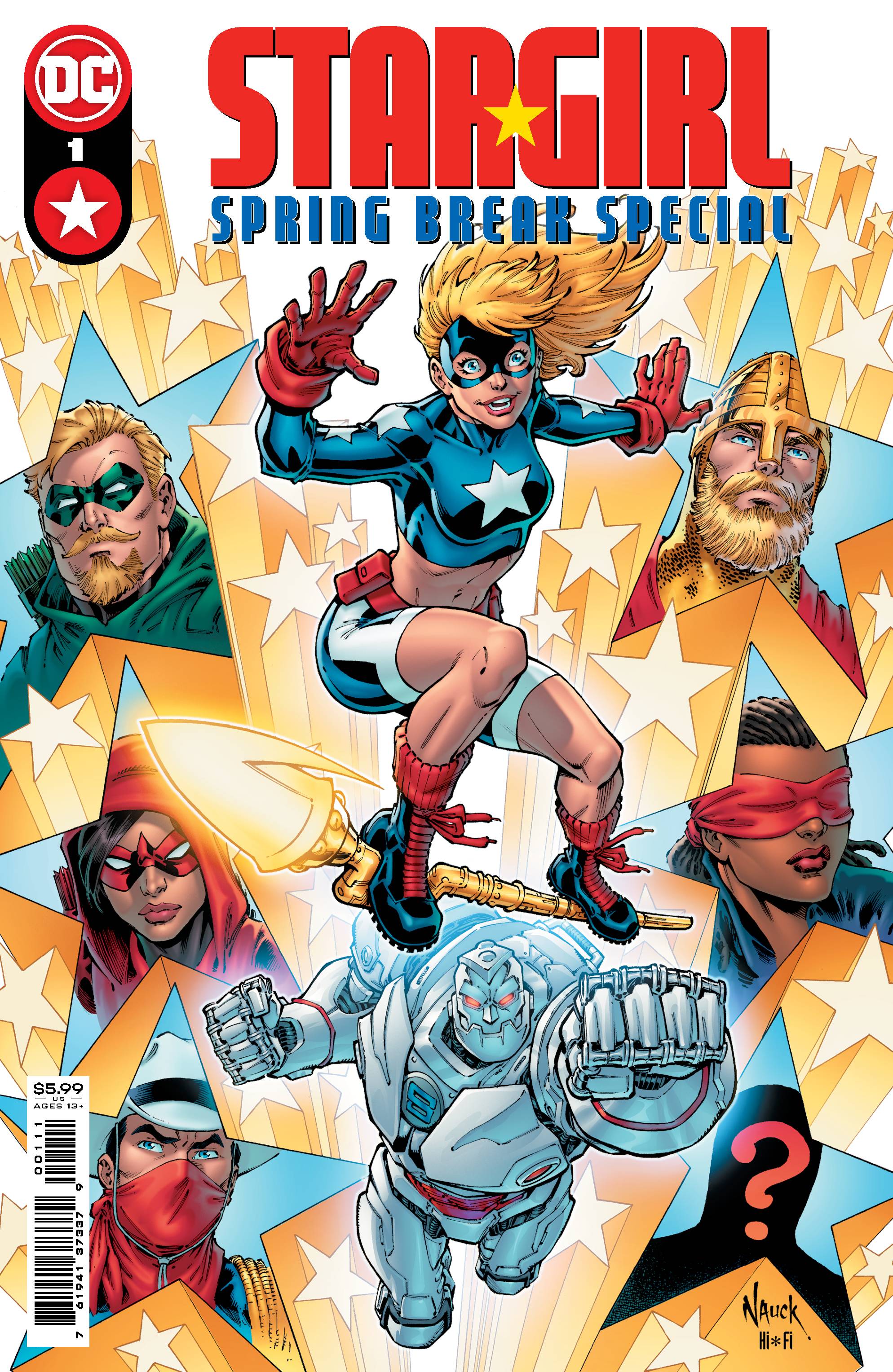 #
MAR217018
Legendary comics writer Geoff Johns returns to his breakthrough hero, Stargirl, in this special one-shot illustrated by Todd Nauck!
Courtney Whitmore's spring break plans aren't like your average high schooler's. Instead of hanging out with friends, she's heading out on an adventure with her stepfather, Pat Dugan, a.k.a. S.T.R.I.P.E., and teaming up with his former team, the Seven Soldiers of Victory! The Soldiers are forced to reunite again to unearth the secret eighth Soldier of Victory, but what other secrets lie buried, and what does it all mean for Courtney's future as Stargirl?
In Shops: May 04, 2021
SRP: $5.99
View All Items In This Series
ORDER SUBSCRIBE WISH LIST