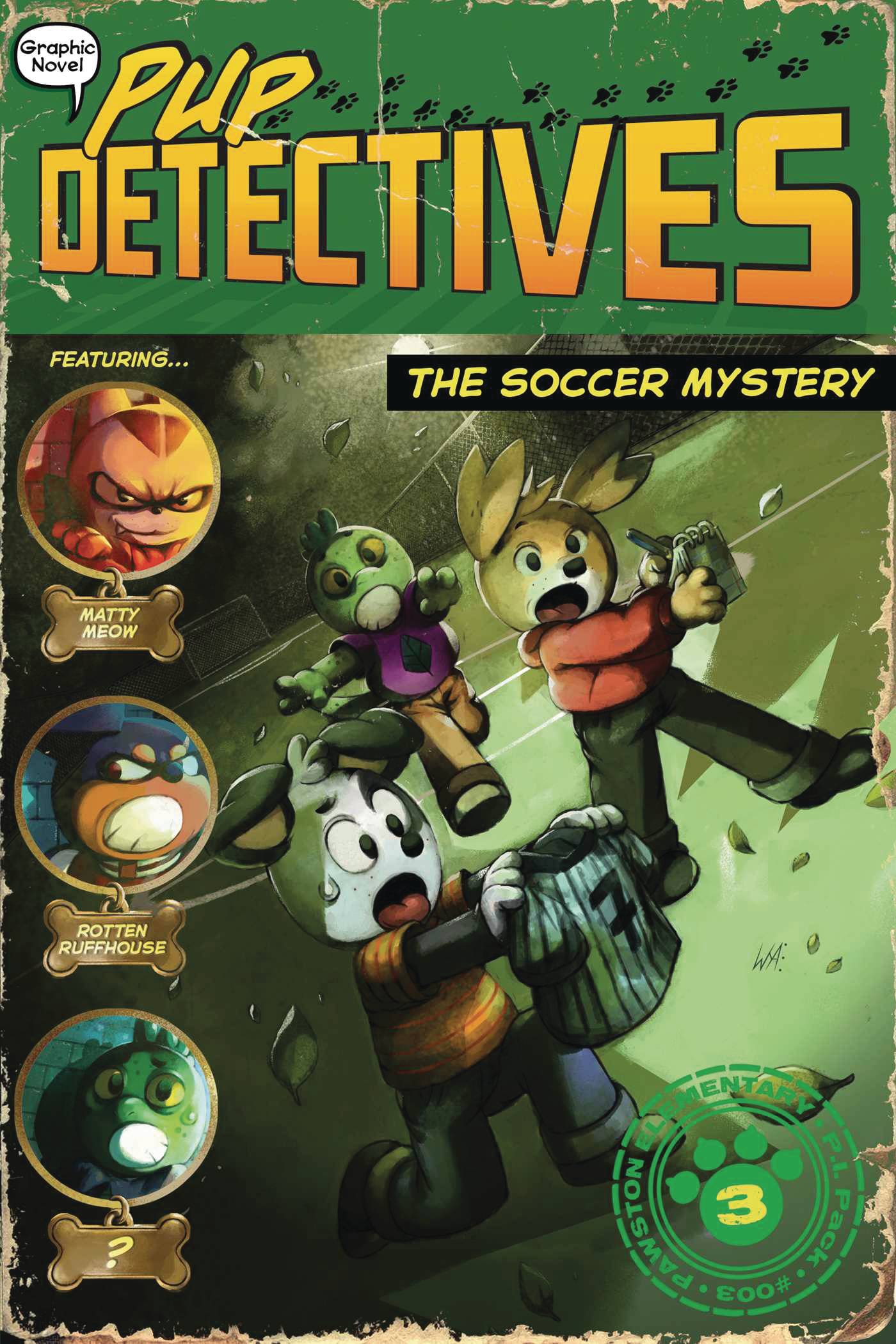 #
MAR211422
(W) Felix Gumpaw (A) Glass House Graphics
In this third installment of the Pup Detectives graphic novel series, the pup detectives have to collect clues to find their school's missing mascot before the big game!

When the beloved Pawston Elementary School mascot goes missing, Rider Woofson and his fellow pup detectives smell trouble on the soccer field. But when the star player on the team also goes missing just before the biggest match of the season, they know they have a super-foul mystery on their paws. There are more suspects than there are clues, but these persistent pups won't give up until they score a win for good guys everywhere!
In Shops: Jun 23, 2021
SRP: $17.99
View All Items In This Series
ORDER SUBSCRIBE WISH LIST