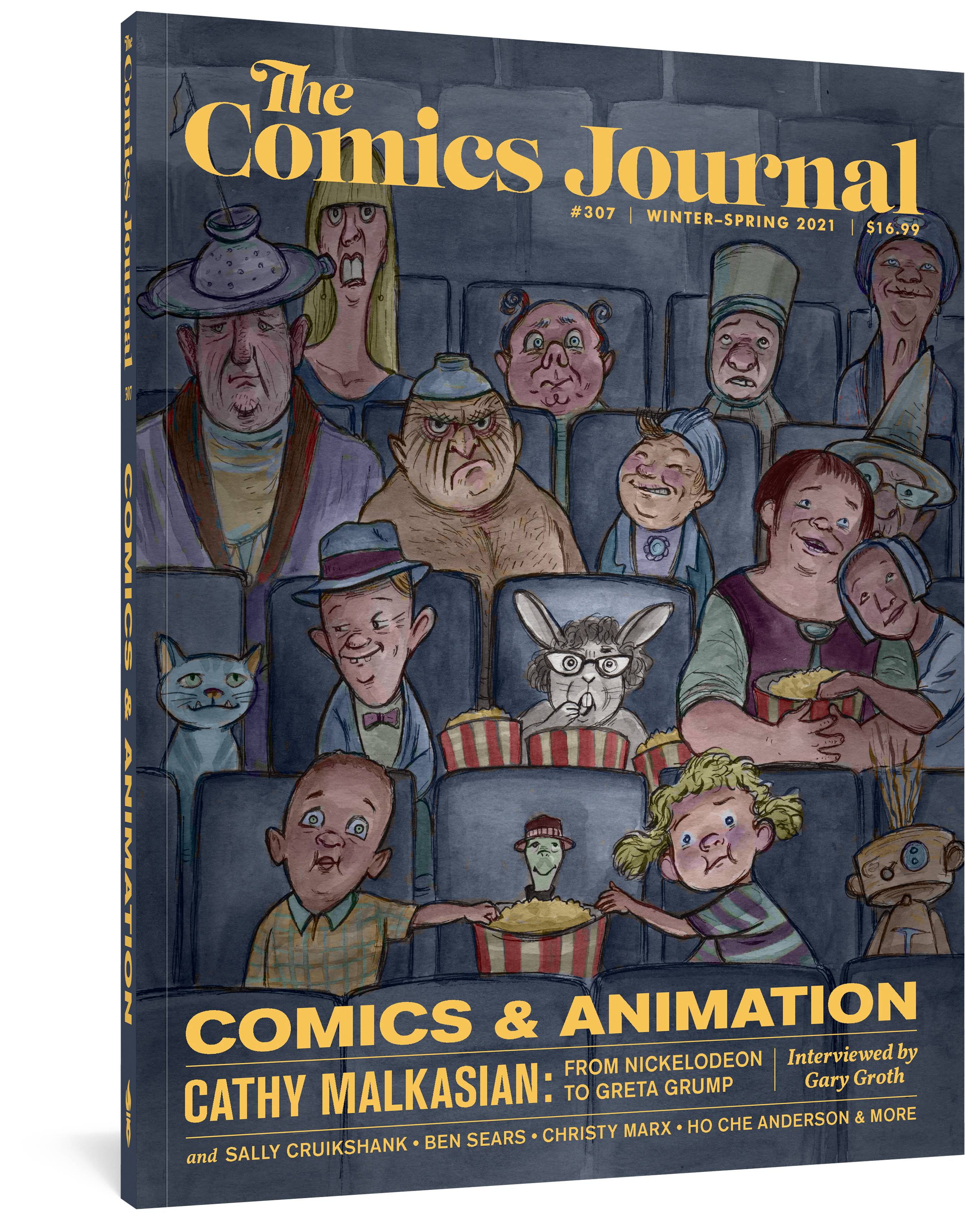 #
MAR211293
In addition to this issue's featured interview Cathy Malkasian, MLK graphic biographer Ho Che Anderson shares his animation storyboards, and Anya Davidson talks to Sally Cruikshank about how the underground comics movement influenced the latter's aesthetic in a career that encompasses indie shorts and Flash animation, as well as work for feature film credits and Sesame Street. Other features include: Jem and the Holograms cartoon
creator Christy Marx talks about the behind-the-scenes advantages and disadvantages
of both art forms, and Ben Sears (Midnight Gospel) contributes an unpublished comic. Plus! Sketchbook art by Vanesa Del Rey (Black Widow), an interview with Amazon warehouse worker-turned-cartoonist Ness Garza, Paul Karasik's essay on an unseen gem, and much more. For over 45 years, no magazine has contributed more to chronicling the continuum of the comic arts with more rigor and passion than The Comics Journal.
In Shops: May 26, 2021
SRP: $16.99
View All Items In This Series
ORDER SUBSCRIBE WISH LIST