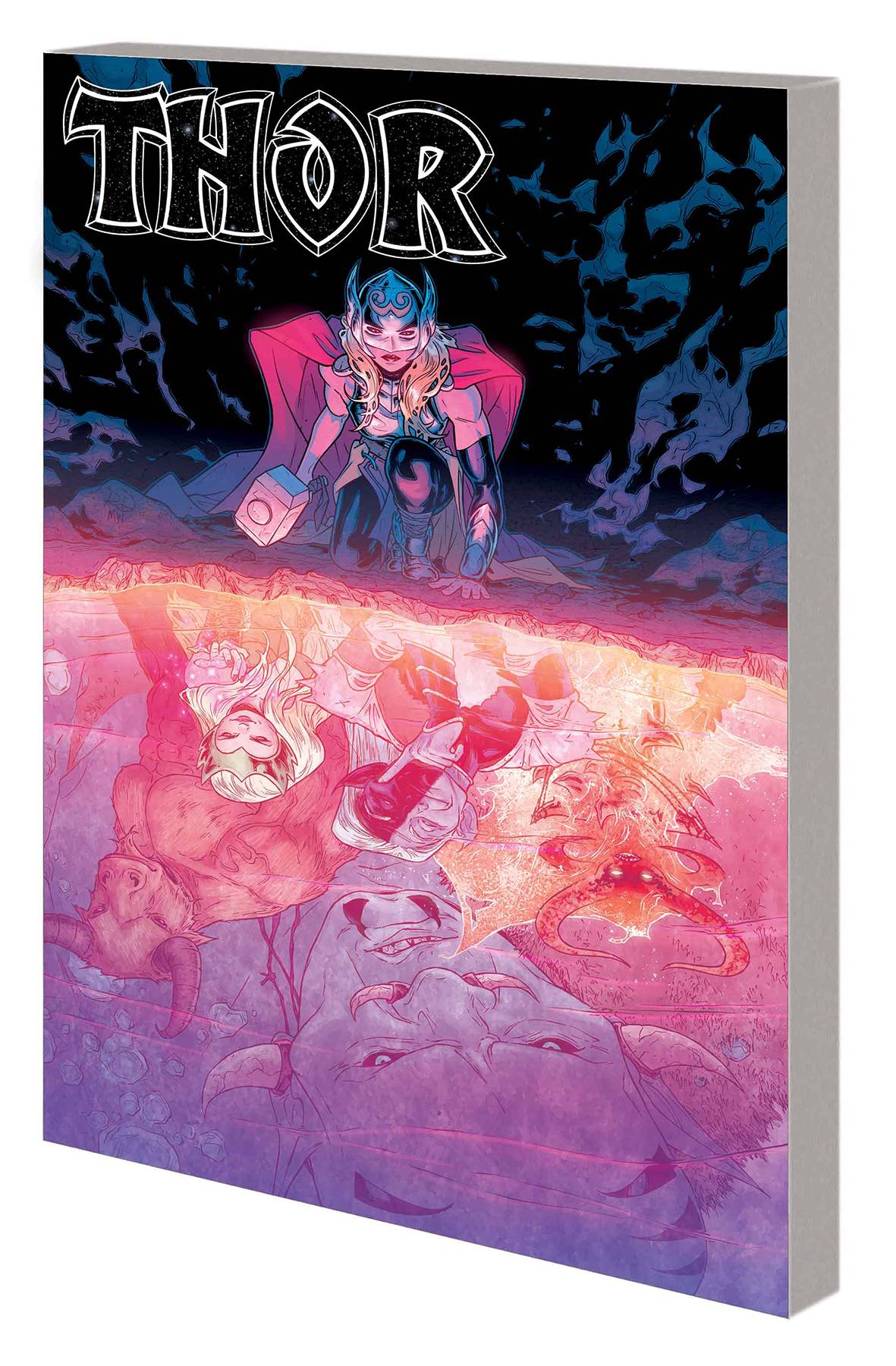 #
MAR210711
(W) Jason Aaron (A) More (A/CA) Russell Dauterman
When Dr. Jane Foster lifts the mystic hammer Mjolnir, she is transformed into the Goddess of Thunder - the Mighty Thor! Her enemies are many, as Asgard continues a descent into chaos and war threatens to spread through the Ten Realms. Yet Jane's greatest battle will be against a far more personal foe: the cancer that is killing her mortal form. As Loki steps back into Thor's life, the dark elf Malekith continues to fan the flames of war. And the skies will shake in one of the bloodiest battles of all time: Thor vs. Odin! Meanwhile, Roxxon and S.H.I.E.L.D. complicate Jane's life - but can anything prepare her for a war between Asgard and the Shi'ar? Perhaps the returning Odinson will lend a hand as the conflict escalates - and the Phoenix Force rises from the flames! Collecting MIGHTY THOR (2015) #1-19.
Rated T+
In Shops: Jun 16, 2021
SRP: $39.99
View All Items In This Series
ORDER SUBSCRIBE WISH LIST