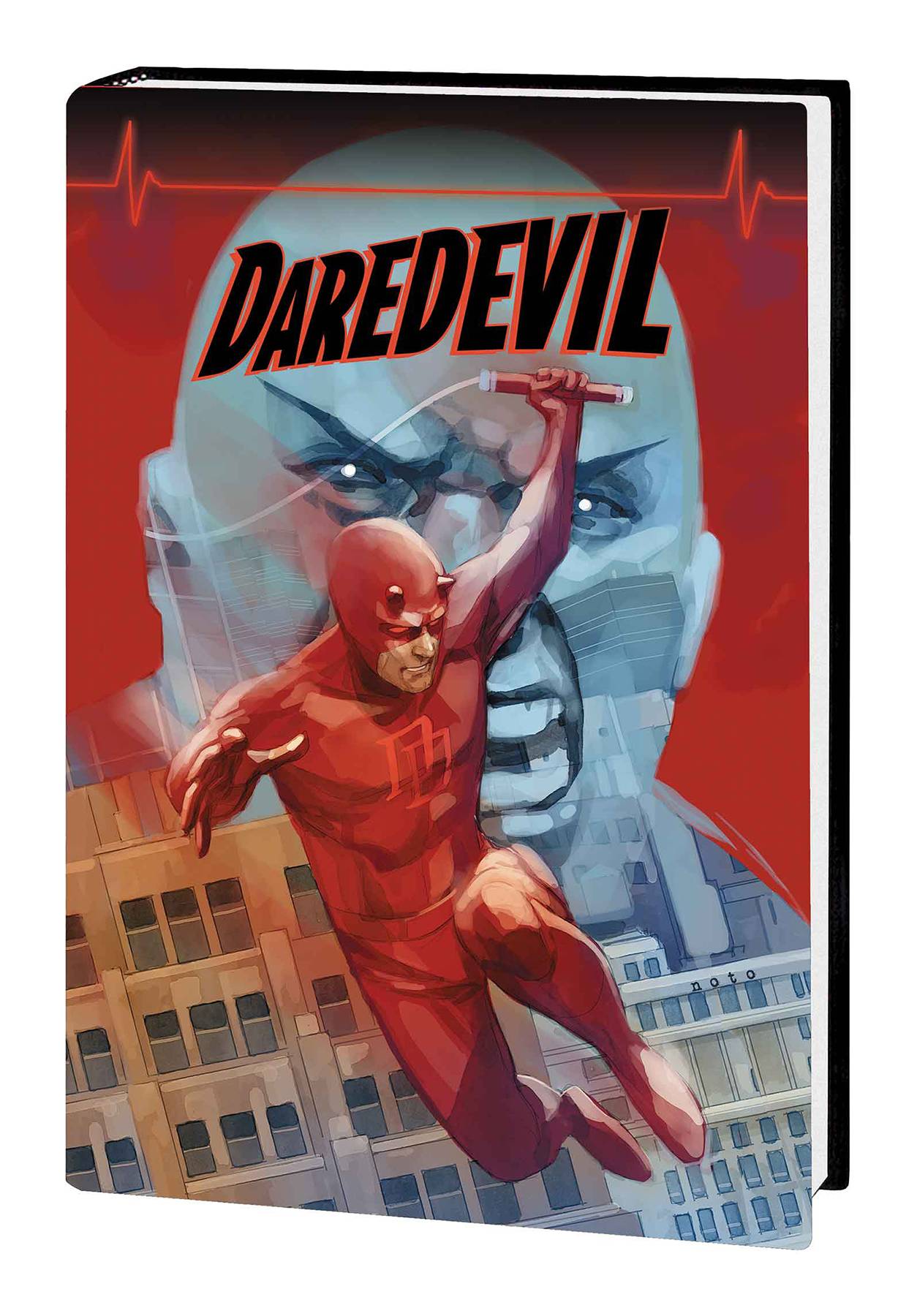 #
MAR210685
(W) Charles Soule, More (A) Ron Garney, More (CA) Phil Noto
Charles Soule joins the pantheon of legendary writers who have put Daredevil through hell! Soule and visionary artist Ron Garney bring DD back to the Kitchen with a fresh new look - but the Man Without Fear has his hands full with crime lord Tenfingers...and a new protégé, Blindspot! Elektra has a score to settle, the Punisher takes aim at a client, deadly serial killer Muse paints the town bloodred and Matt Murdock's secrets are about to come back to bite him in a huge way. He has a plan - and he'll take it all the way to the Supreme Court! But will Daredevil's world be brought crashing down when Wilson Fisk becomes the mayor of New York City? Collecting DAREDEVIL (2015) #1-28 and #595-612; DAREDEVIL ANNUAL (2016) #1; DAREDEVIL/PUNISHER: SEVENTH CIRCLE #1-4 and material from ALL-NEW, ALL-DIFFERENT POINT ONE.
1Rated T+
In Shops: Dec 29, 2021
SRP: $125.00
ORDER WISH LIST