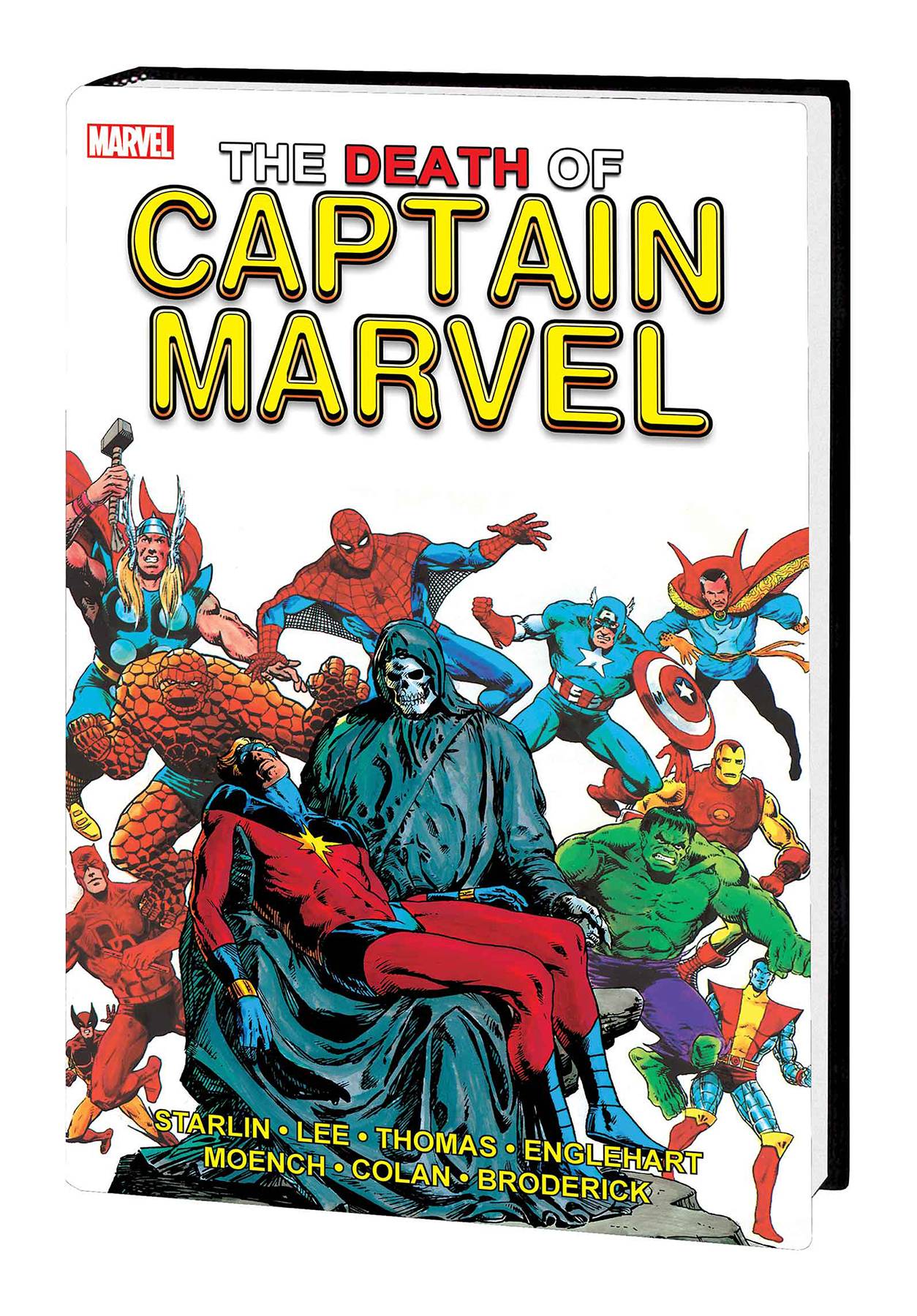 #
MAR210684
(W) Stan Lee, More (A) Gene Colan, More (CA) Jim Starlin
Celebrate the life and honor the death of one of the Marvel Universe's greatest heroes, as a classic tale is presented in the full cosmic scale of a gallery edition! The Kree warrior Mar-Vell has triumphed over foes large and small. But when he is diagnosed with cancer, Mar-Vell finds himself face-to-face with an enemy that even his vast might can't defeat - and both he and a universe that loves him must rally together to accept the inevitable. The industry-changing graphic novel is presented alongside Mar-Vell's formative adventures, a portentous battle with Nitro and Mar-Vell's budding romance with his true love, Elysius! Guest-starring the Avengers, the X-Men, the Fantastic Four and more! Collecting MARVEL SUPER-HEROES (1967) #12-13, CAPTAIN MARVEL (1968) #1 and #34, MARVEL SPOTLIGHT (1979) #1-2 and MARVEL GRAPHIC NOVEL #1: THE DEATH OF CAPTAIN MARVEL.
Rated T+
In Shops: Nov 10, 2021
SRP: $44.99
ORDER WISH LIST