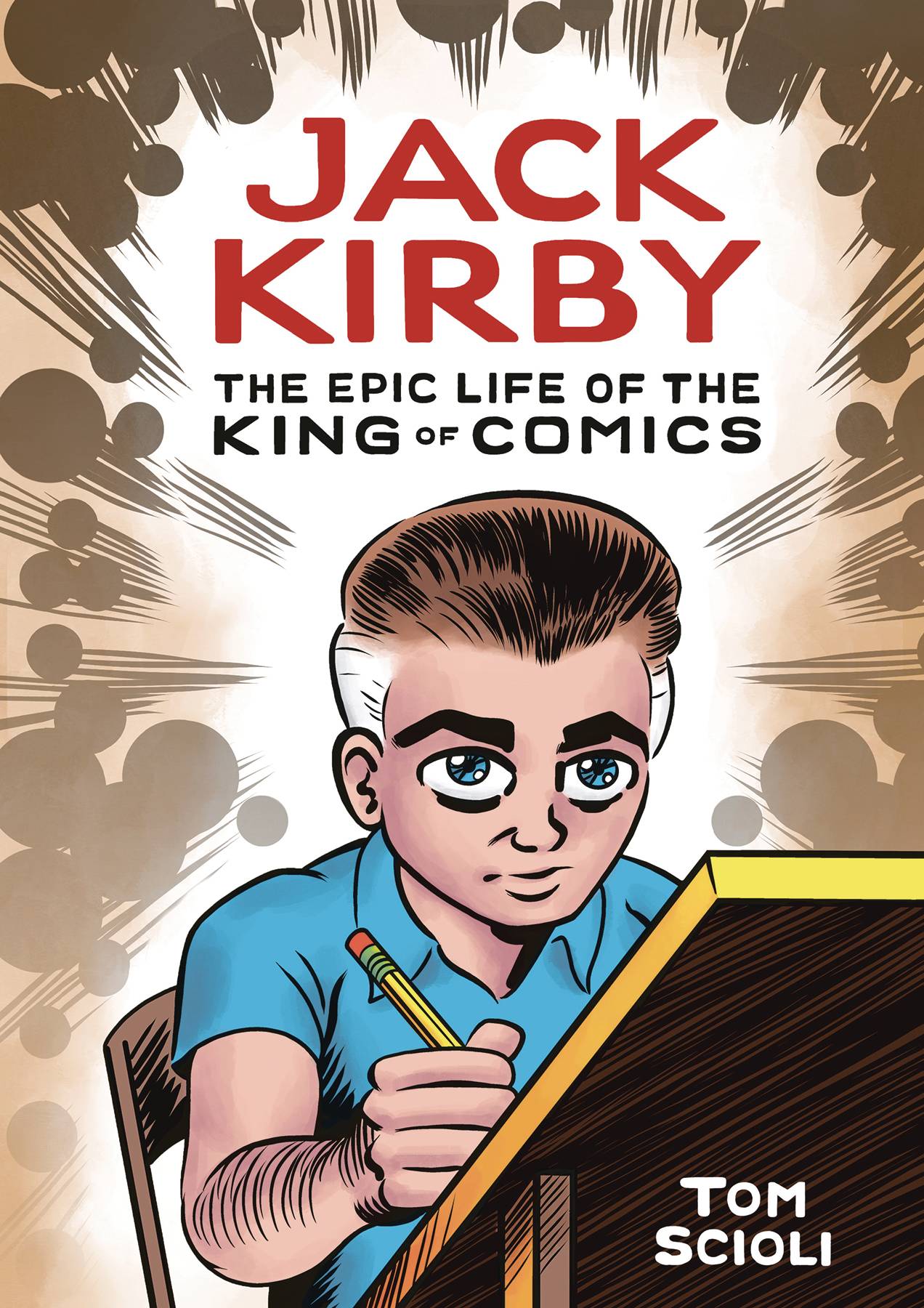 #
MAR208056
(W) Tom Scioli (A/CA) Tom Scioli
This sweeping, full-color comic book biography tells the complete life story of Jack Kirby, co-creator of some of the most enduring super-heroes and villains of the twentieth century for Marvel Comics, DC Comics, and more. Tom Scioli breathes visual life into Kirby's life story, from his days growing up during the Great Depression to his time on the frontlines of World War II and on to his world-changing collaborations at Marvel with Stan Lee. Just as every great superhero needs a villain to overcome, Kirby's story also includes his struggles to receive the recognition and compensation that he believed his work deserved. Drawn from an unparalleled imagination and a life as exciting as his comic book tales, Kirby's super-creations have influenced subsequent generations of creatives. Readers can experience the life and times of a comics titan through the medium that made him famous.
In Shops: Jul 08, 2020
SRP: $28.99