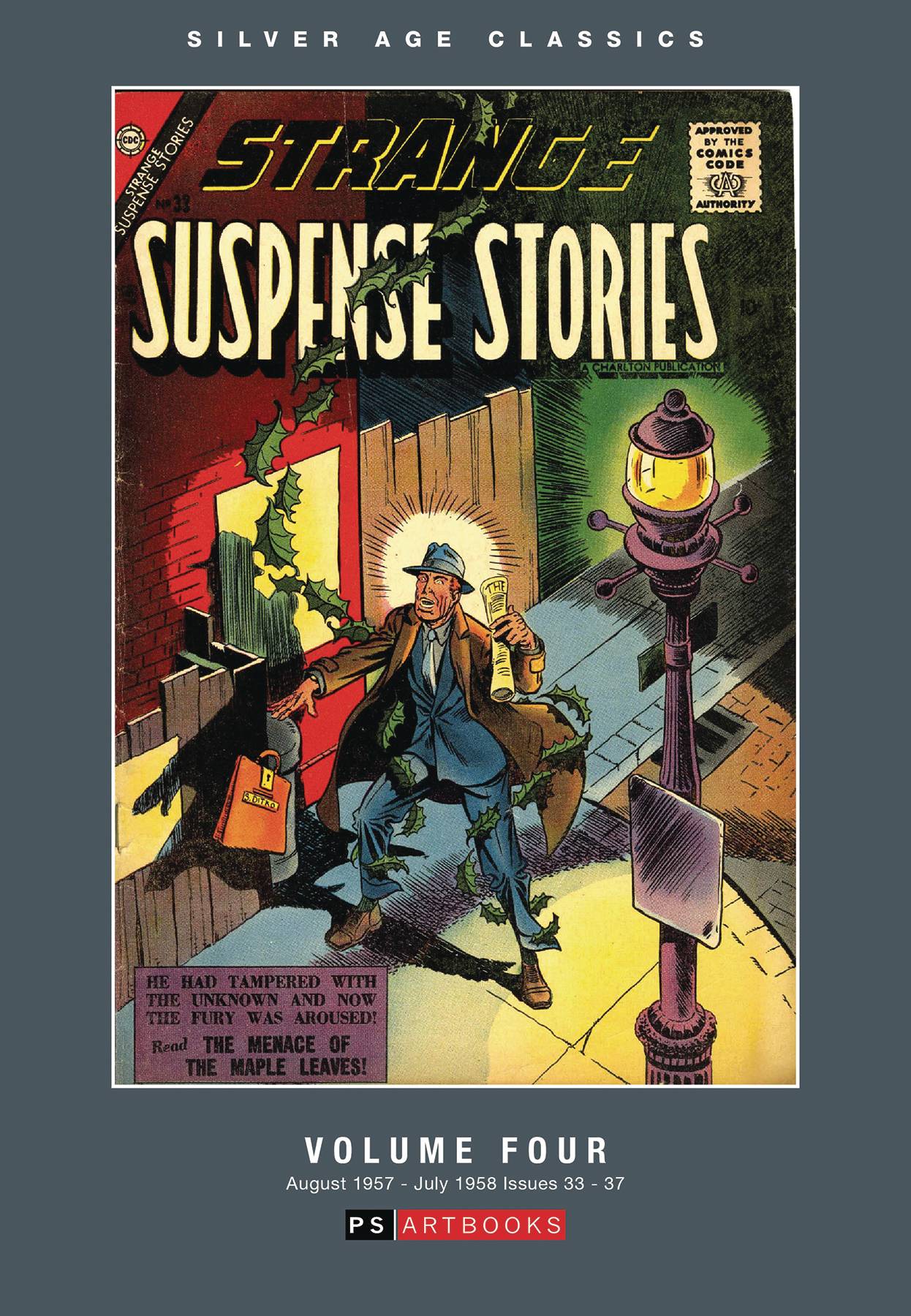 #
MAR202046
(A) Charles Nicholas, Steve Ditko, Sal Trapani, Bill Molno, Don Perlin, Bill Fraccio, Maurice Whitman, Richard Doxsee, Gene Colan
Charlton's Strange Suspense Stories boasted a host of talents: Bill Molno, Sal Trapani, Don Perlin, Bill Fraccio, Maurice Whitman, Charles Nicholas, Richard Doxsee and Gene Colan among many. The real jewel was Steve Ditko whose moody, individualistic touch came to dominate Charlton's supernatural titles and, of course, led to deserved fame over at Marvel and with a kid called Parker. But before that, Charlton's shining light was nowhere near as bright as in the run of Strange Suspense Stories, issues 33 through 37 (August 1957 to July 1958). So don't miss your chance and check out our fourth five-comic volume!
In Shops: Dec 23, 2020
SRP: $46.99
View All Items In This Series
ORDER SUBSCRIBE WISH LIST