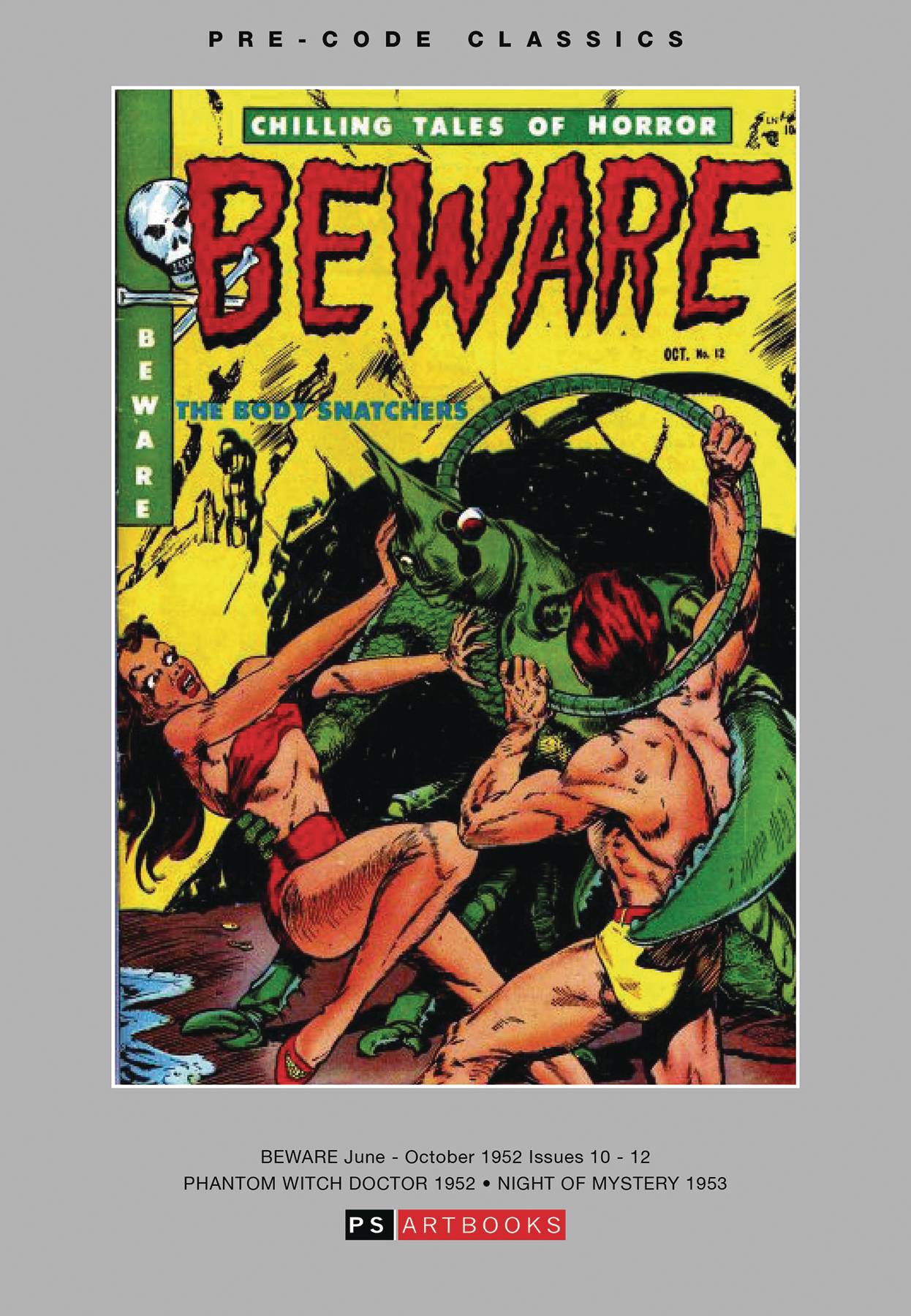 #
MAR202042
(A) Doug Wildey, Ed Goldfarb, Gerald Altman, Vince Napoli, Harry Harrison, Paul Cooper, Bill Fraccio, A.C. Hollingsworth, Everett Raymond Kinstler, Norman Nodel
Youthful operated from 1949 to 1954 and only publishing about ten distinct titles. Doug Wildey was the company's lead artist, with work published in virtually all their titles. He later went on to create the 1964 animated television series Jonny Quest for Hanna-Barbera.  To add the excitement you even get a little something extra with the inclusion of Avon Comic's Phantom Witch Doctor (1952); George Harcourt (British East Africa commissioner) murders M'Basi (witch doctor) and Naba (M'Basi's daughter) to acquire their ivory cache, and rwenty-five years later, they return as phantoms to crush his son under tons of ivory.  Plus, Night of Mystery (1953); John Mason leaves behind a diary detailing how he tried to help his friend Bob Trant who was a roaming monster, but there is no sign of Mason to be found? Collects Beware #10-12 (June 1952 to October 1952, plus Phantom Witch Doctor (1952) and Night of Mystery (1953).
In Shops: Dec 23, 2020
SRP: $46.99
View All Items In This Series
ORDER SUBSCRIBE WISH LIST