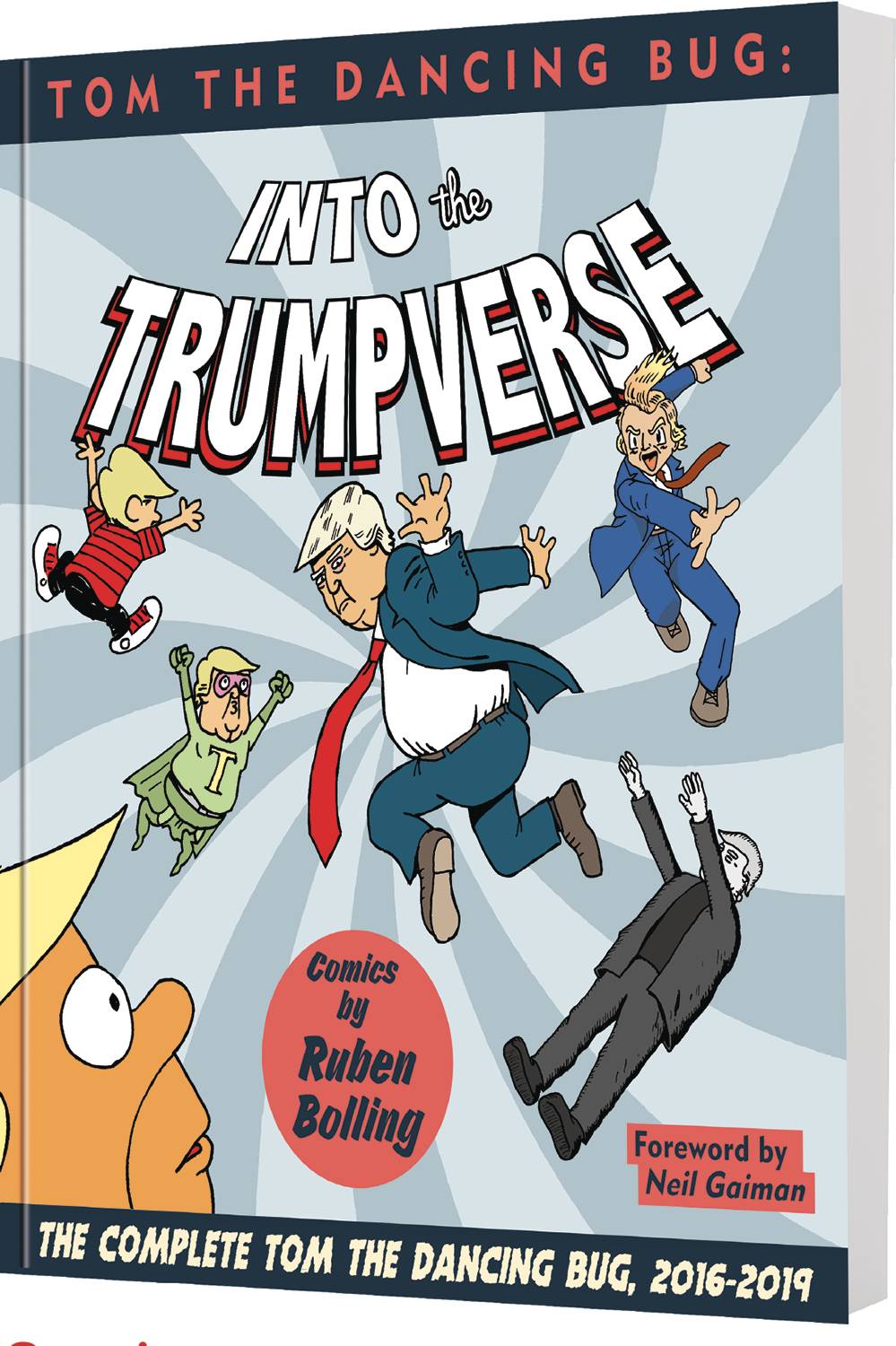 With an introduction by the legendary Neil Gaiman. The people singing Bolling's praises, include:

Mark Hamill: "Behold the wondrous, whimsical, witty world that is Tom the Dancing Bug!  If you're someone who's not a fan of potent political humor with an incisive absurdist twist that's not only consistently funny, but downright therapeutic for an ailing world, I suggest you avoid this book like the plague.  For everyone else, it's a MUST-READ!"

Patton Oswalt: "Delve into the dementia, the dread, and the delightfulness of this collection of Tom the Dancing Bug's strips -- it's history through the lens of a self-loathing insomniac. In a way, it's all of us."

Seth Meyers: "The fact that Tom the Bug can keep dancing in this day and age is a testament to his skills as a cartoonist!"

Matt Groening: "Each week Ruben Bolling takes an unassuming little blank white rectangle and fills it up with clever cartoonery, sneaky commentary, and more political laughs than you can shake a stick at. All hail Tom the Dancing Bug!"