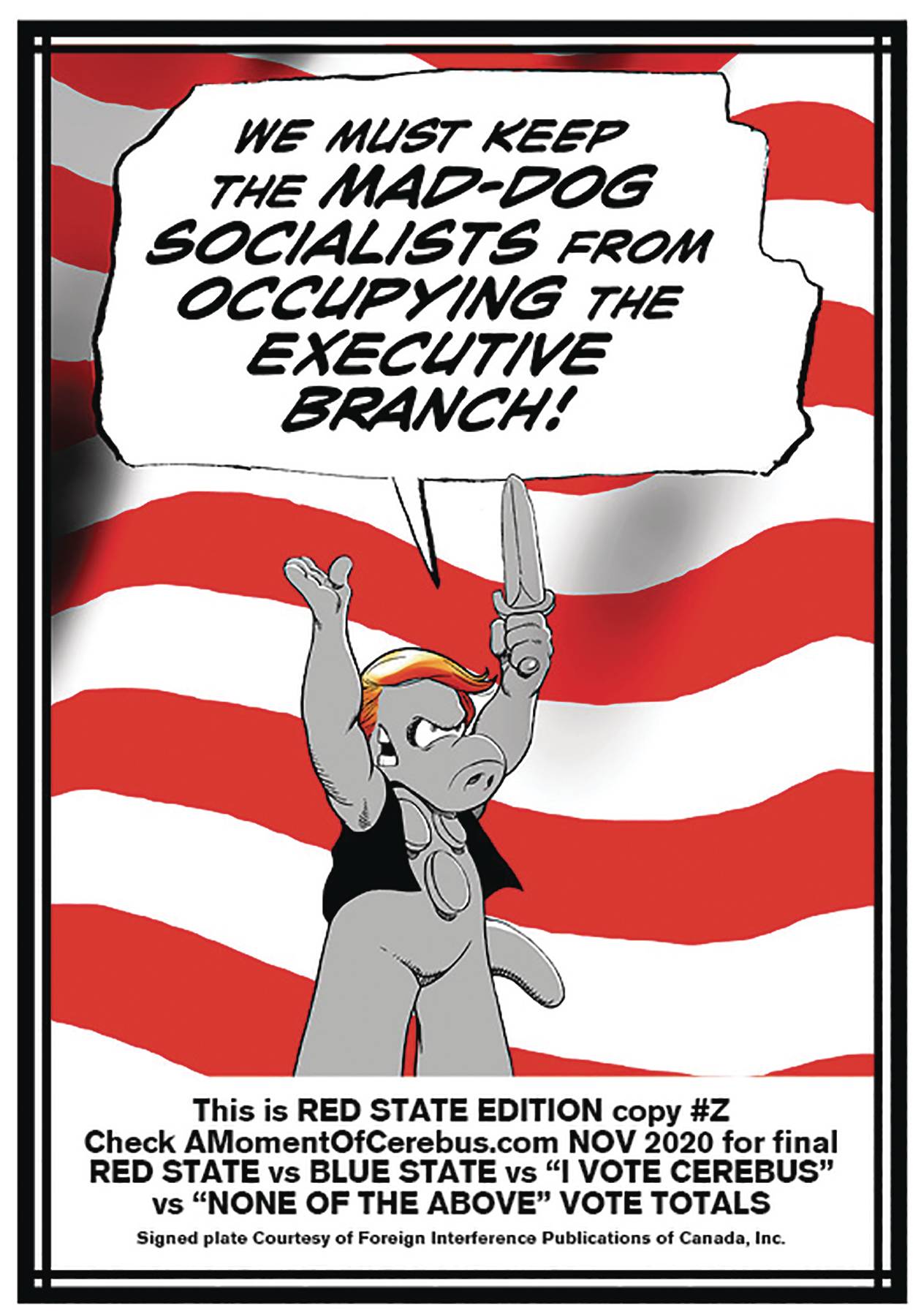 #
MAR201420
(W) Dave Sim (A/CA) Dave Sim
The graphic novel classic of political intrigue and adventure is back, just in time for its eleventh US Presidential Election! High Society was masterfully restored back in 2015, but this new edition features improved paper stock, binding, and rich state-of-the-art sheetfed offset printing, as well as a dozen pages from newly-surfaced original art! Choose from four different editions of the book, three of which feature bookplates signed by author Dave Sim. 1) RED STATE EDITION - The completely inexplicable (to BLUE STATERS, anyway) DONALD J .... CEREBUS? Could that be the explanation? That he's actually a charismatic aardvark, "a funny animal in the world of humans trapped in a world he never made"? 2) BLUE STATE EDITION -The BLUE STATE candidate hasn't been determined as of press time, but (to BLUE STATERS, anyway) a) ANYone is better than the incumbent and b) as an hermaphrodite Cerebus has it covered whether the candidate is a man or a woman. 3) I VOTE FOR CEREBUS EDITION Really? You want Cerebus the Aardvark to be President of the United States? Feel free to clip out the button design and wear it proudly! Just don't tell anyone where you found it (please!). 4) NONE OF THE ABOVE Aardvark-Vanaheim offers you an option a lot of people are clamouring for. Can I just, please, say "Thanks, but no thanks"?. Now you can. This is the latest edition of the REMASTERED CEREBUS with no tipped-in plate. Just the graphic novel that's been making folks laugh since the middle of the first Reagan Administration.
In Shops: Jul 29, 2020
SRP: $40.00
View All Items In This Series