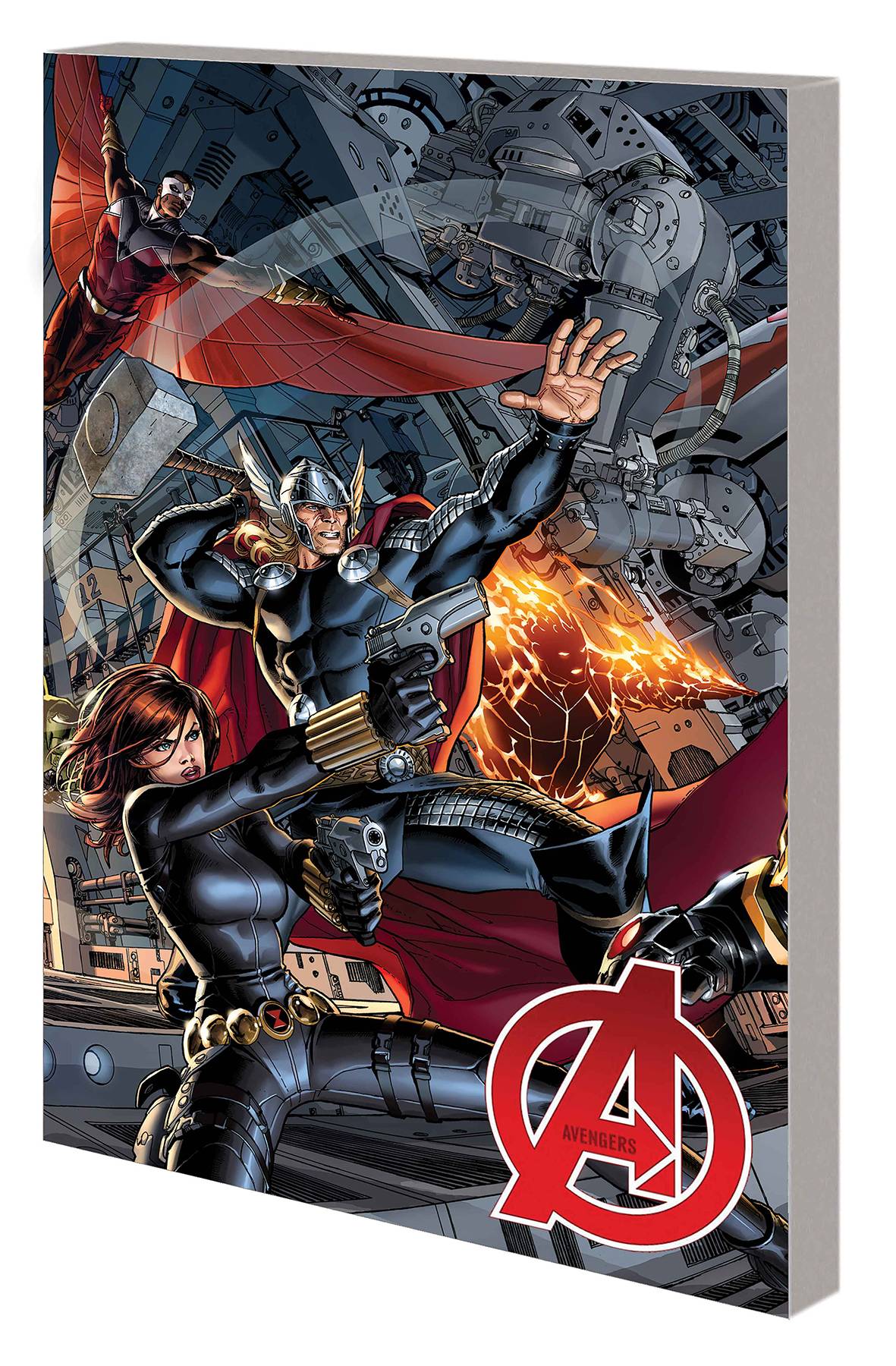 #
MAR201109
(W) Jonathan Hickman (A) Jerome Opena, More (CA) Dustin Weaver
Jonathan Hickman's epic saga begins here! Earth's Mightiest Heroes expand their sphere of influence to a global - even interplanetary - level, but who will answer Captain America's call? When Earth is attacked, the new team's first mission takes them to Mars - and sets them on a dangerous path filled with deadly, godlike enemies beyond anything they've faced before! Meanwhile, cascading multiversal incursions threaten all of reality - and only Tony Stark and his secretive Illuminati allies know it! Can Mister Fantastic, Black Panther, Black Bolt, Namor and Beast join Iron Man in saving the Multiverse - or is everything destined to die? Plus: From original New Mutants to the newest Avengers, join Cannonball and Sunspot in a bizarre adventure on Mojoworld! Collecting AVENGERS (2012) #1-5, NEW AVENGERS (2013) #1-6 and ASTONISHING TALES: MOJOWORLD #1-6.
Rated T+
In Shops: Aug 26, 2020
SRP: $34.99
View All Items In This Series
ORDER SUBSCRIBE WISH LIST