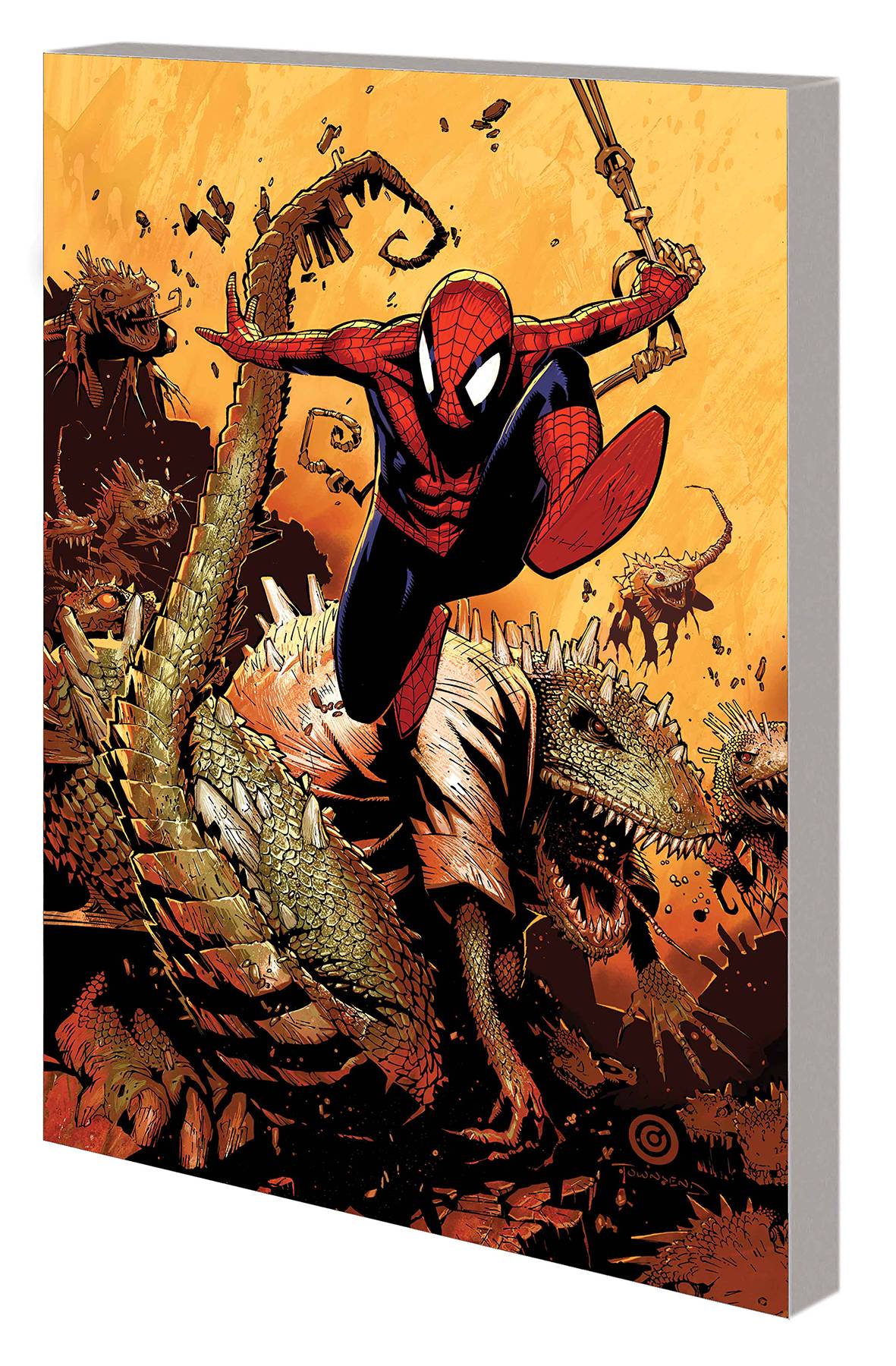 #
MAR201108
(W) Roger Stern, More (A) Lee Weeks, More (CA) Chris Bachalo
Can Spider-Man survive the Grim Hunt? As his run through the gauntlet of his deadliest foes concludes, Spidey must tackle one of the most unyielding enemies he's ever faced! But it turns out that something can stop the Juggernaut, and that means big trouble for both of them! Then, the Lizard is back - deadlier than ever! But as the Kraven family's plans come to fruition, the hunt begins - and it's Spider season! Sasha and Anastasia Kravinoff are preparing an unholy resurrection, and that puts our friendly neighborhood wall-crawler and his arachnid allies - as well as the Black Cat - in the firing line! Can Spider-Man get through this latest challenge without a death in the family? Collecting AMAZING SPIDER-MAN (1999) #627-637, GRIM HUNT: THE KRAVEN SAGA, AMAZING SPIDER-MAN PRESENTS: BLACK CAT #1-4 and material from WEB OF SPIDER-MAN (2009) #6-7.
Rated T
In Shops: Sep 09, 2020
SRP: $44.99
View All Items In This Series