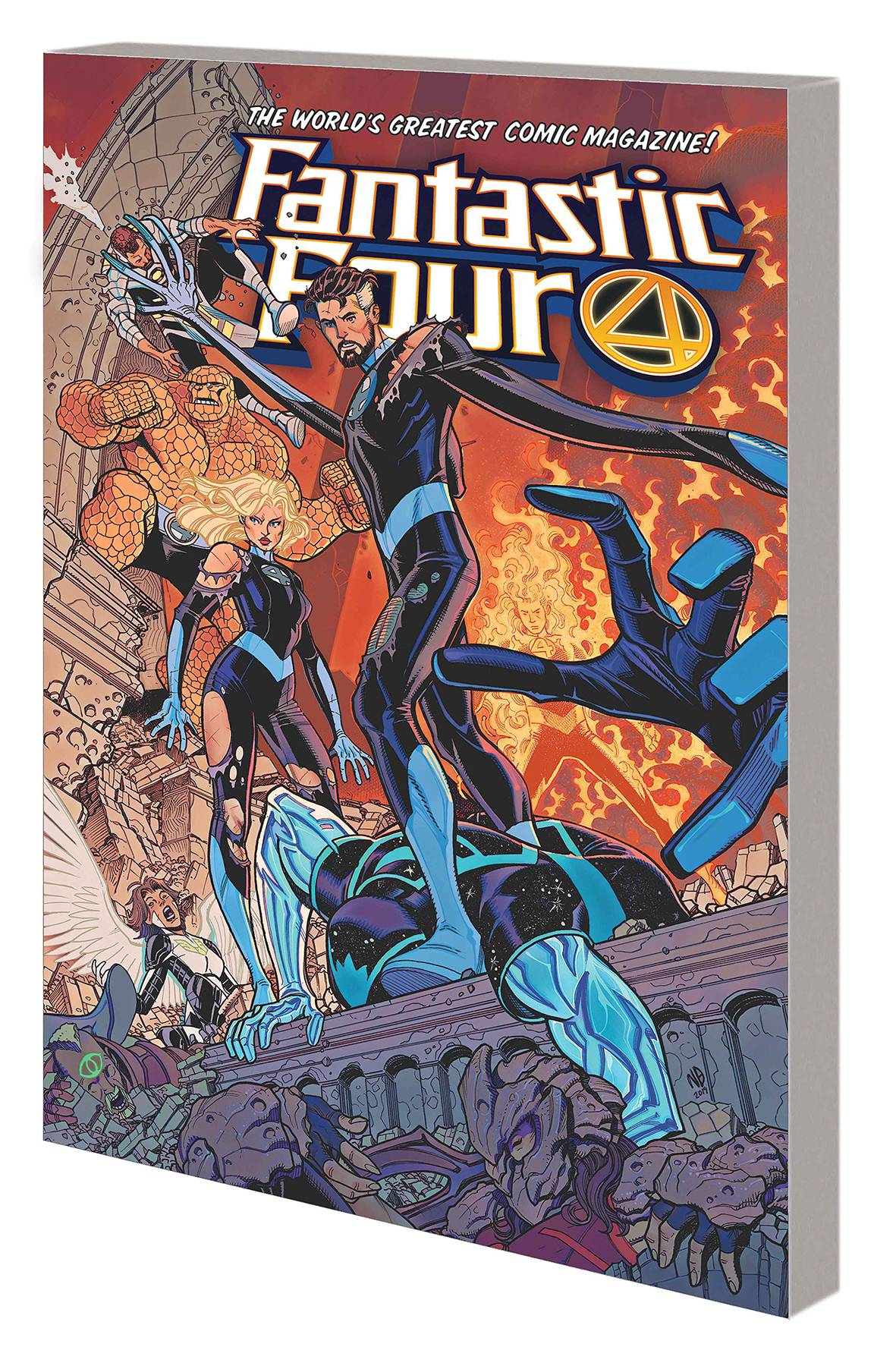 #
MAR201101
(W) Dan Slott (A) Paco Medina, More (CA) Nick Bradshaw
The FF embark on a voyage to the one place in the universe they've never been! Long ago, the Fantastic Four's fateful choices forever changed the destiny of a planet 44 light-years from Earth. Everyone knows the story of the brave souls bombarded by cosmic rays and transformed into superhuman beings, how they became their world's first line of defense against all alien threats. They are...the Unparalleled! Seven super heroes who now must fulfill their destiny by defeating the fearsome, foretold forces of the Fantastic Four! Wait. What?! Johnny Storm's world will never be the same again - and as if the fate of an entire planet weren't enough, one of the biggest FF secrets of all time is finally revealed! Collecting FANTASTIC FOUR (2018) #14-19.
Rated T
In Shops: Aug 19, 2020
SRP: $17.99
View All Items In This Series