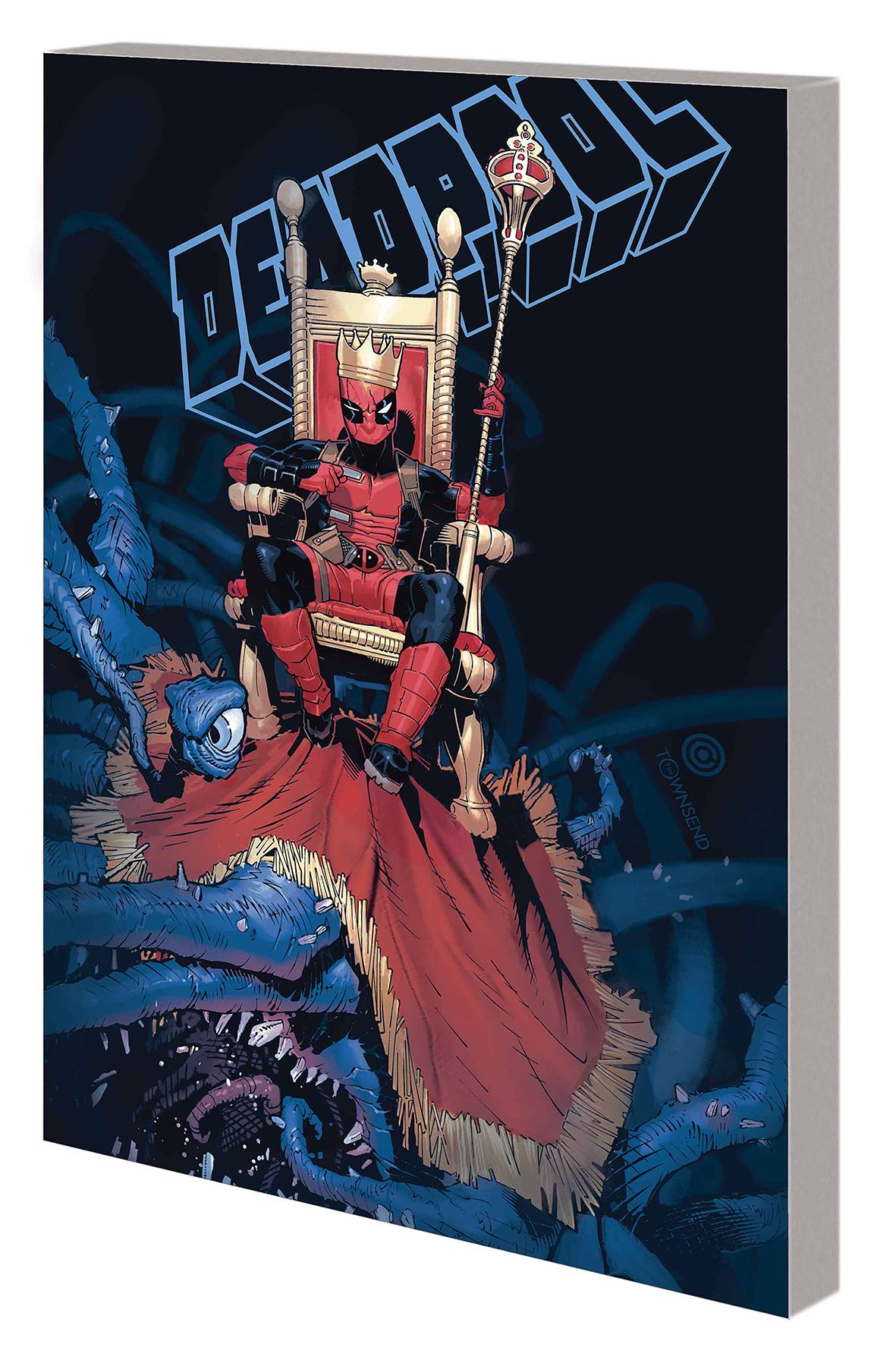 #
MAR201096
(W) Kelly Thompson (A) Gerardo Sandoval (A/CA) Chris Bachalo
A new era begins for the Merc with a Mouth! Deadpool's latest job has him going after the King of Monsters, who has claimed a new kingdom for his terrifying subjects: Staten Island! Soon, Wade Wilson finds himself with a new royal role - one that leaves him neck-deep in political intrigue, with major obstacles including Captain America and the monster-hunting Elsa Bloodstone in his way! Heavy hangs the head that wears the crown - particularly when it's in the sights of some of the deadliest people in the Marvel Universe! And Wade will find that out firsthand when Kraven the Hunter tries to take the throne for himself! Plus: The X-Men moved to a new island home - and nobody invited Deadpool! Well, that won't stop him crashing the party on Krakoa! Collecting DEADPOOL (2019) #1-6.
Parental Advisory
In Shops: Oct 07, 2020
SRP: $17.99
View All Items In This Series