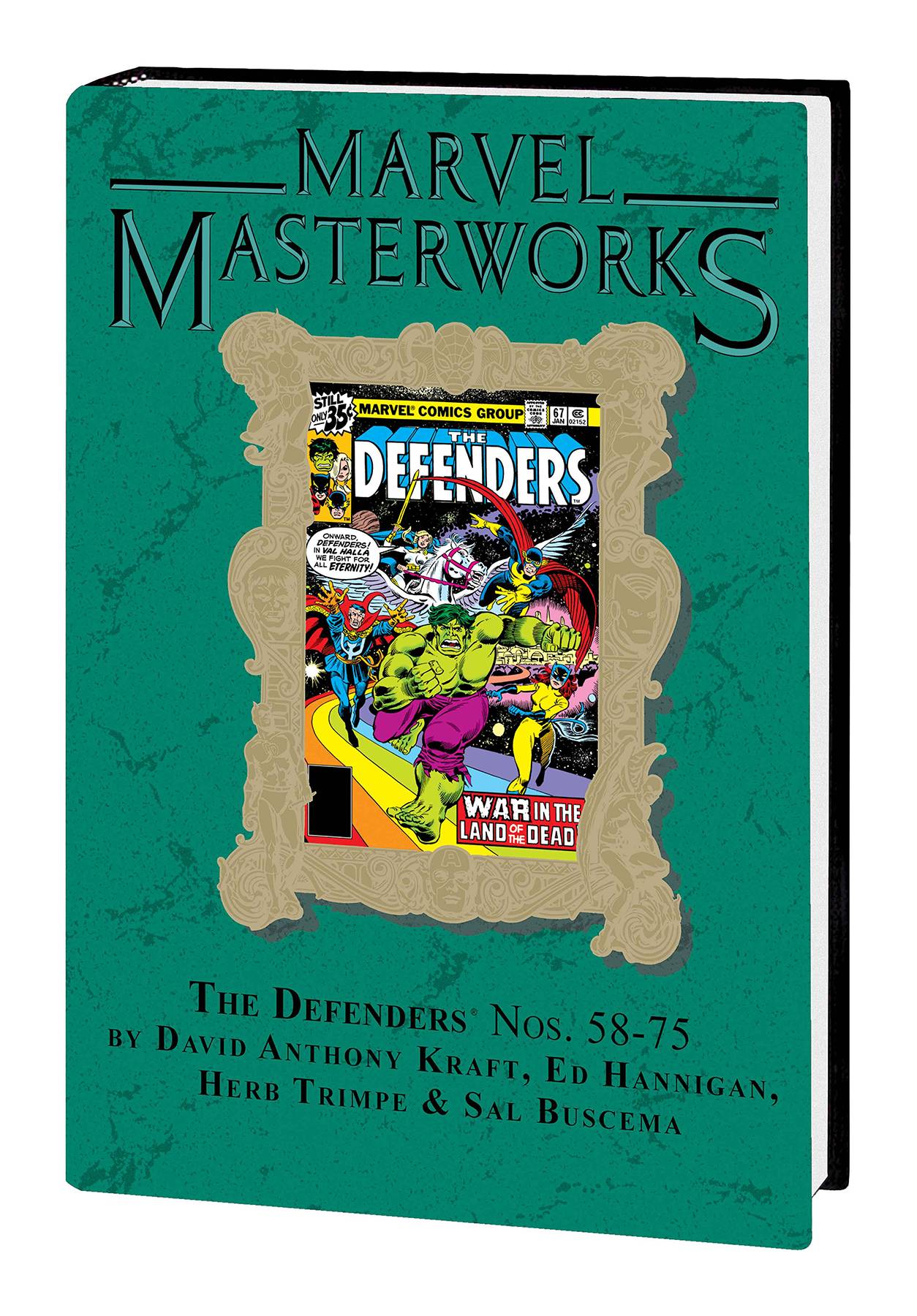 #
MAR201079
(W) David Anthony Kraft, More (A) Ed Harrigan, More (CA) Herb Trimpe
Doctor Strange and the Defenders face a crisis when the Eye of Agamotto is stolen by the bizarre Xenogenesis cult. If the demon woshippers succeed, the Elder Gods will be unleashed on Earth. Hellcat emerges from the battle with new powers, but they can't save her from Membership Madness! Comics' famous non-team begins a membership drive that brings a horde of heroes to their doorstep, and heroes always play nice with each other, right? Next, it's off to Asgard where Valkyrie is split from her human side, leading to a struggle for the hero's soul. We conclude with an otherdimensional epic revealing the bizarre world of Lunatik and a fight with Foolkiller that puts the future of the Defenders at risk.
Collecting DEFENDERS (1972) #58-75 and MARVEL TREASURY EDITION #16.
Rated T
In Shops: Oct 28, 2020
SRP: $75.00
View All Items In This Series