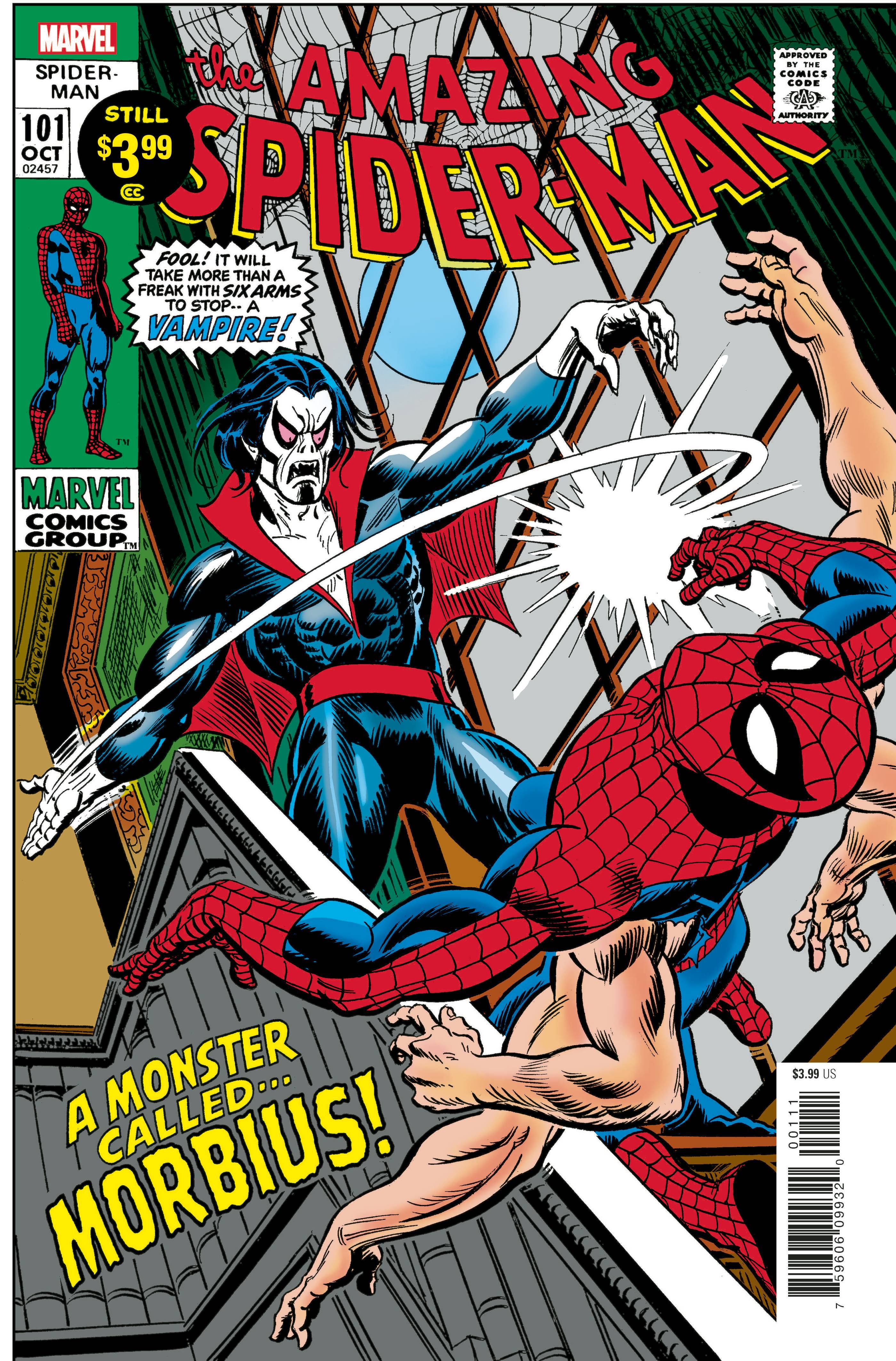 #
MAR201001
(W) Roy Thomas (A/CA) Gil Kane
The dramatic debut of Morbius the Living Vampire! Dr. Michael Morbius has a lust for blood, and he's out to sink his fangs into Spider-Man! But the wallcrawler is even more spiderlike than usual - because, in an effort to "cure" himself of his spider-powers, he's ended up with four extra limbs! Peter must seek out Curt Connors, the Lizard, to return himself to normal - but little does Spidey know that he's on a collision course with Morbius that will put him in the crosshairs of not one, but two monsters! Witness the beginning of a rivalry for the ages between webslinger and bloodsucker, in the issue that began the tragic tale of the misunderstood Michael Morbius! It's one of the all-time great Marvel comic books, boldly re-presented in its original form, ads and all! Reprinting AMAZING SPIDER-MAN (1963) #101.
Rated T
In Shops: Feb 03, 2021
SRP: $3.99
ORDER WISH LIST