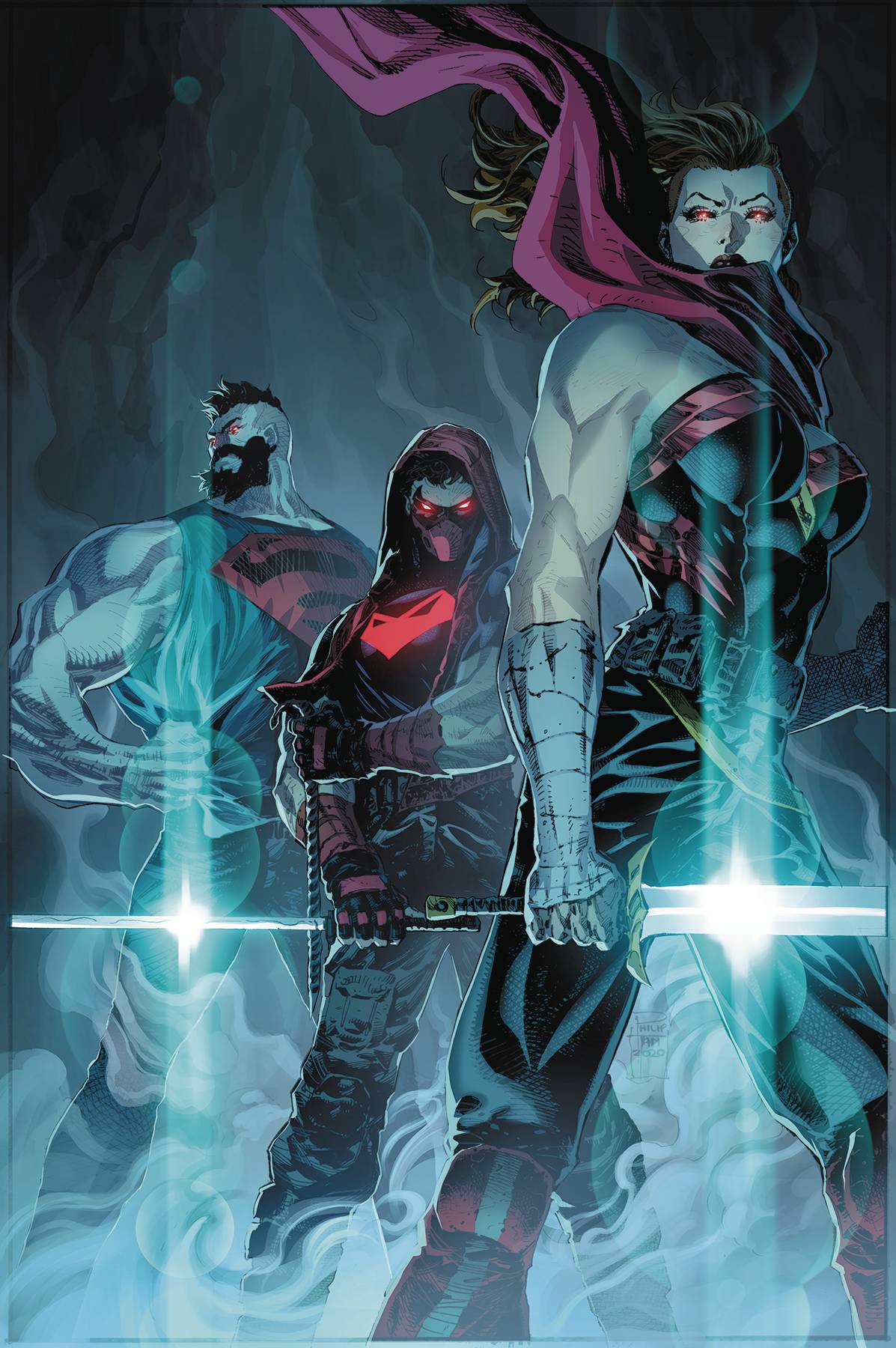 #
MAR200563
(W) Scott Lobdell (A) Paolo Pantalena (CA) Philip Tan
Red Hood, Artemis, and Bizarro have their hands full-and until now they thought the biggest problem they had to face was the uprising of the Untitled during the political protests in Qurac! They're about to learn this ancient race might very well be the lesser of two evils when the Outlaws square off against one of the oldest and most dangerous threats in all the DC Universe! (We're not kidding-we know better than to say his name out loud! Yeah, he's that scary!) Meanwhile, Artemis has united with Mistress-but at what price? Bizarro meets... his mother? And Jason is forced  to choose between Essence and Isabel if he's going to defeat the Untitled once and for all!
In Shops: Jun 24, 2020
SRP: $3.99
View All Items In This Series
ORDER SUBSCRIBE WISH LIST