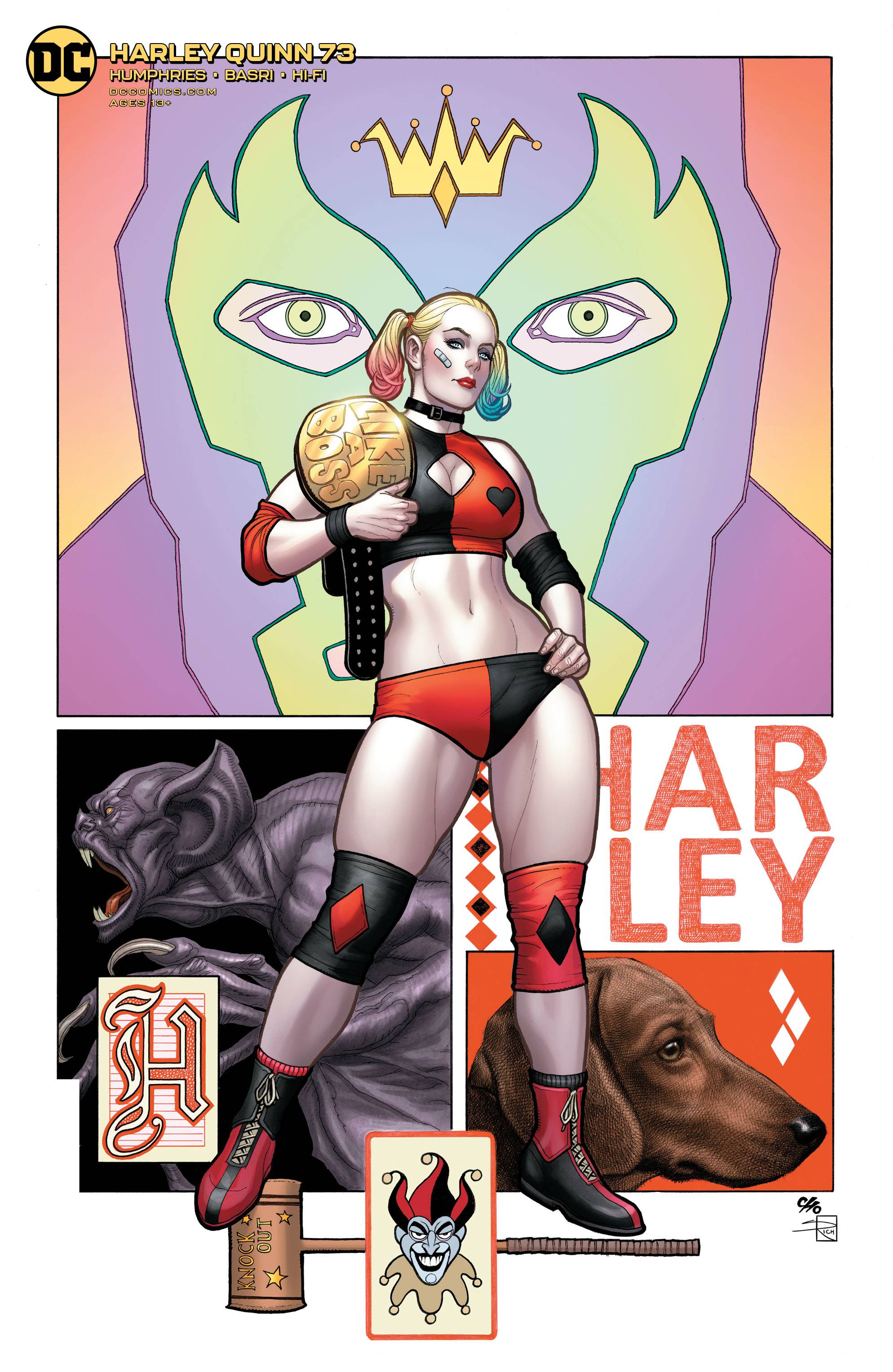 #
MAR200542
(W) Sam Humphries (A) Guillem March (CA) Frank Cho
Los Angeles turns on everyone eventually, and now it's turned on Harley Quinn! As she discovers more about the death of her friend, she decides it's time to leave town-but the wrestling league she almost considered a family won't let her go! She's hit on a big conspiracy-and it just might kill her!
In Shops: Jun 10, 2020
SRP: $3.99
View All Items In This Series