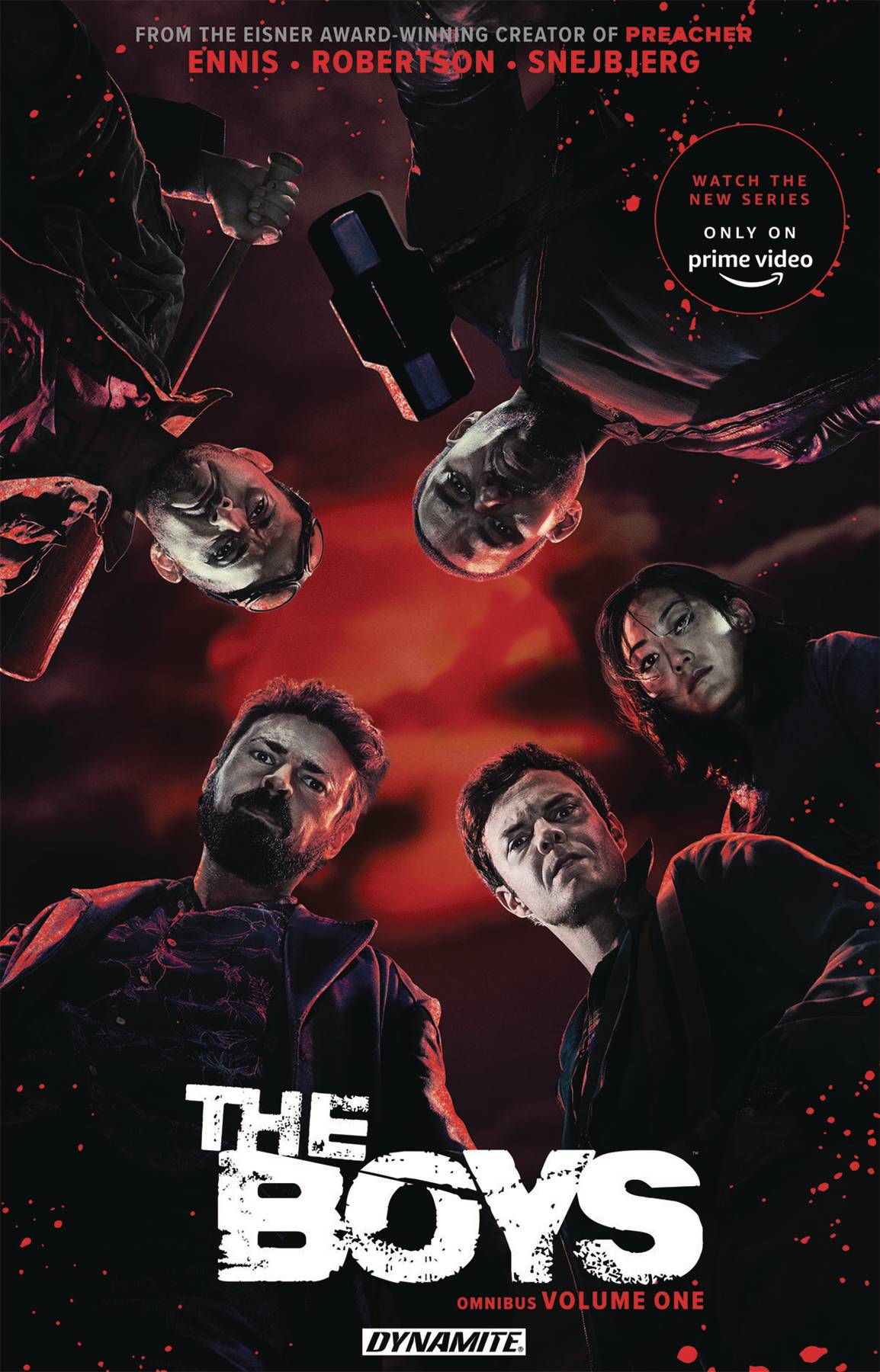 #
MAR198810
(W) Garth Ennis (A) Darick Robertson (CA) Photo
All-new printing collecting the first 14 issues of the critically acclaimed series, now heading to live-action on Amazon Prime! This is going to hurt! In a world where costumed heroes soar through the sky and masked vigilantes prowl the night, someone's got to make sure the "supes" don't get out of line. And someone will! Billy Butcher, Wee Hughie, Mother's Milk, The Frenchman, and The Female are The Boys: A CIA-backed team of very dangerous people, each one dedicated to the struggle against the most dangerous force on Earth - superpower! Some superheroes have to be watched. Some have to be controlled. And some of them - sometimes - need to be taken out of the picture. That's when you call in The Boys! After the opening story arc introducing Hughie to the team (issues 1-6), Dark avenger Tek-Knight and his ex-partner Swingwing are in trouble (issues 7-14). Big trouble. One has lost control of his terrifyingly overactive sex-drive, and the other might just be a murderer. It's up to Hughie and Butcher to work out which is which, in Get Some. Then, in Glorious Five-Year Plan, The Boys travel to Russia - where their corporate opponents are working with the mob, in a super-conspiracy that threatens to spiral lethally out of control. Good thing our heroes have Love Sausage on their side.
Featuring some ever-so-slight tweaks the creators have meticulously restored, The Boys Omniobus Volume 1 also features bonus art materials, the script to issue #1 by Garth Ennis, a complete cover gallery, and more!
This edition features a photo cover based on the new Amazon Prime television series starring Karl Urban and Elizabeth Shue.
In Shops: Jun 05, 2019
SRP: $29.99
View All Items In This Series