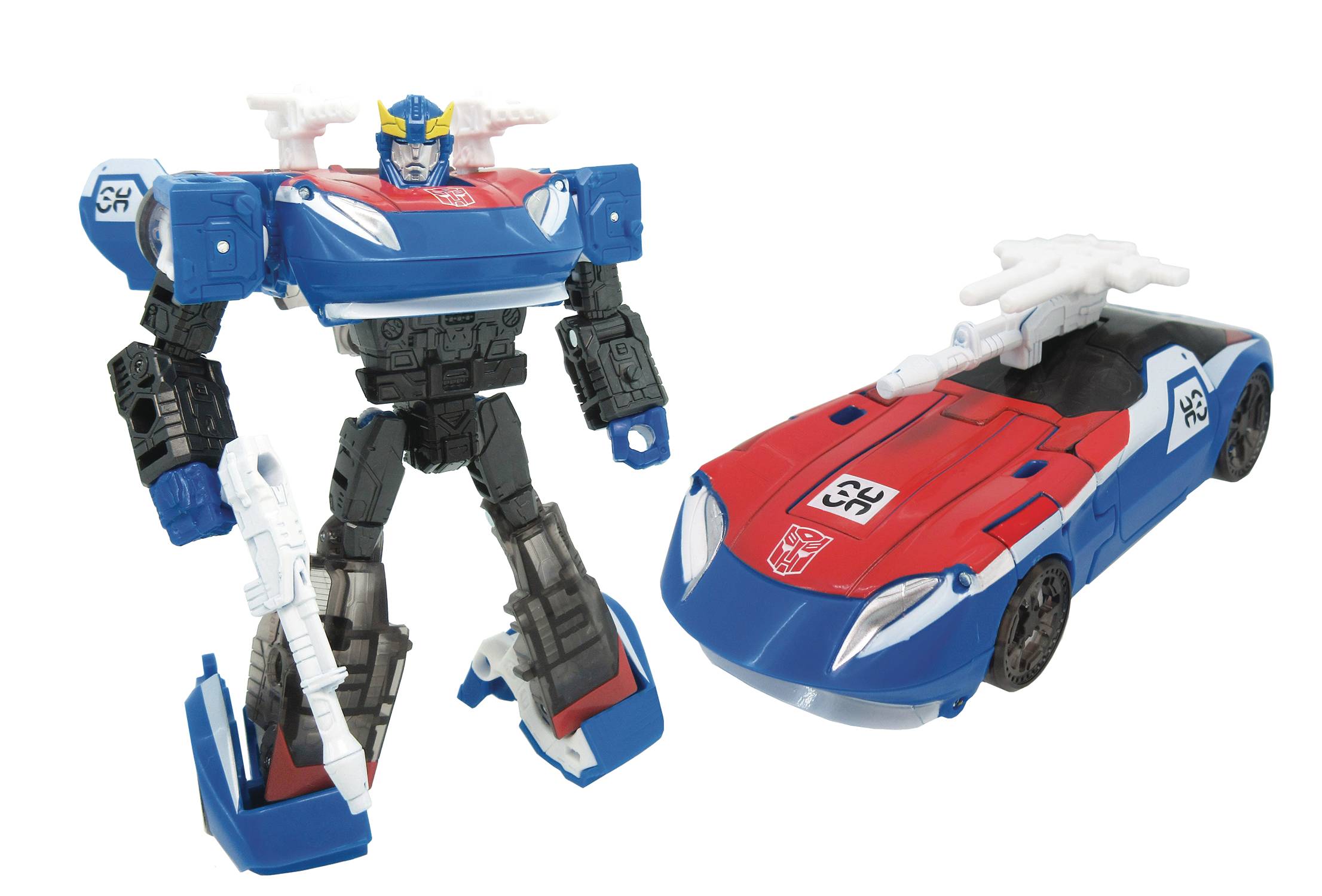 #
MAR198117
From Hasbro Toy Group. This special edition Generations Selects WFC-GS06 Smokescreen figure portrays the classic G1 character with a G1-accurate head sculpt. Figure converts to a Cybertronian alt mode in 14 steps, deco'd to reveal how Smokescreen would have looked on Cybertron. The deco incorporates Cybertronian numbers into his classic exterior.  With this Smokescreen figure, fans can add to their Praxus-native collection. Smokescreen joins Barricade and Prowl (each sold separately, subject to availability) as the third Praxian character designed in his native Cybertronian form. The Smokescreen figure comes equipped with a W-45 Acid Pellet Blaster accessory and 2 W-50 Volt-Beam Cannon accessories that can mount on his shoulders or the hood of his vehicle mode.