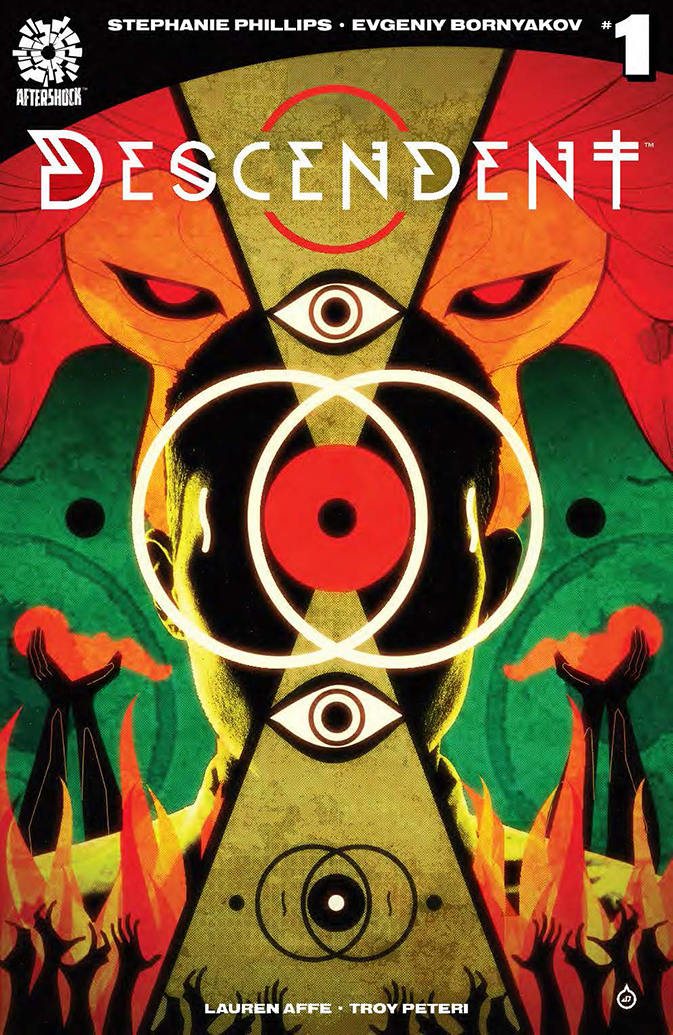 MAR191362
(W) Stephanie Phillips (A) Evgeny Bornyakov (CA) Juan Doe
WANTED: Information as to the whereabouts of JACKSON E. MILLER, Son of Senator Carter Miller. The child was kidnapped from his home in Washington, DC between 4 and 6 a.m. on Tuesday, March 1, 2018.
Address all communications to FBI representative Joanna  Hernandez, writer Stephanie Phillips (Devil Within, Kicking Ice), artist Evgeny Bornyakov, colorist TBD, or letterer Troy Peteri. All communications will be treated in confidence. Please, no more calls about secret government conspiracies or ancient cults. Conspiracy theories, government corruption, and a really good mix of Prince drives David Corey to help solve the mysterious disappearance of a famous politician's son. When David realizes that the truth is much more dangerous than a kidnapping, he must battle ancient secrets that have endangered the lives of children for centuries. This conspiracy-fueled adventure story looks at the darker side of American history through the eyes of an unlikely team of heroes. If they fail, the American government and its people may not survive.
In Shops: May 01, 2019
SRP: $3.99
View All Items In This Series
ORDER SUBSCRIBE WISH LIST