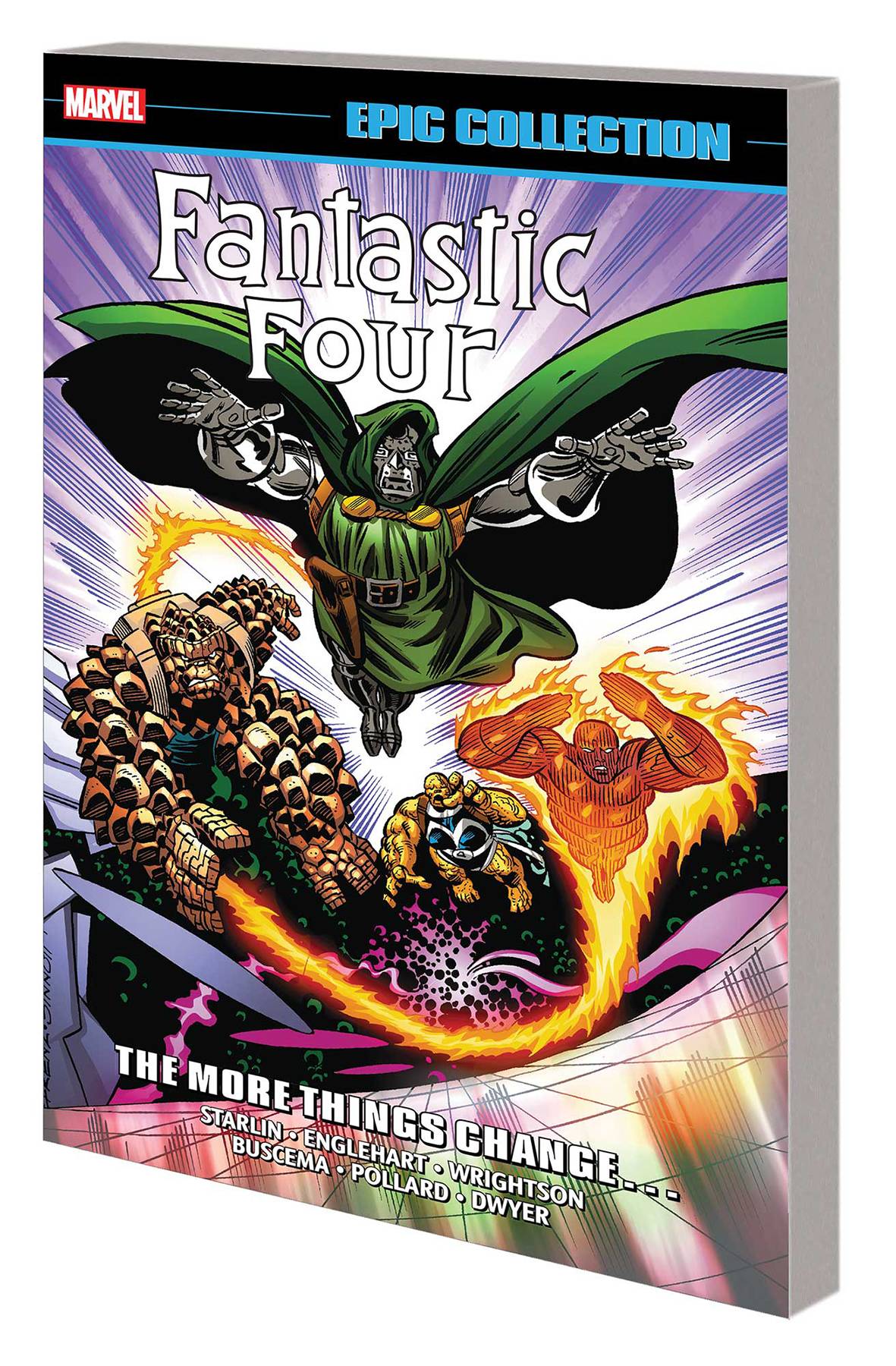 #
MAR191031
(W) Steve Englehart, Mark Gruenwald, More (A) John Buscema, Keith Pollard, More (CA) Ron Frenz
Big changes for Ben Grimm and Sharon Ventura! The Thing is still adjusting to his new role as leader of the FF, whose lineup now includes the Human Torch, Crystal and Sharon "Ms. Marvel" Ventura! But as Crystal's presence complicates Johnny's marriage, things get extra rocky for Ben and Sharon - literally! When more cosmic rays transform the two in unexpected ways, how will they react to their monstrous new mutations? Meanwhile, the Fantastic Four get involved in Doctor Doom's war with Kristoff Vernard - but on whose side? And a trip to the Mole Man's realm leads across time and space - and to encounters with Belasco, Master Pandemonium and...the Beyonder! Plus: Hulk and Thing throw down in two supersized slugfests! Collecting FANTASTIC FOUR (1961) #308-320 and ANNUAL #21, INCREDIBLE HULK (1968) #350 and MARVEL GRAPHIC NOVEL: HULK/THING - THE BIG CHANGE.
Rated T+
In Shops: Jun 19, 2019
SRP: $39.99
ORDER WISH LIST