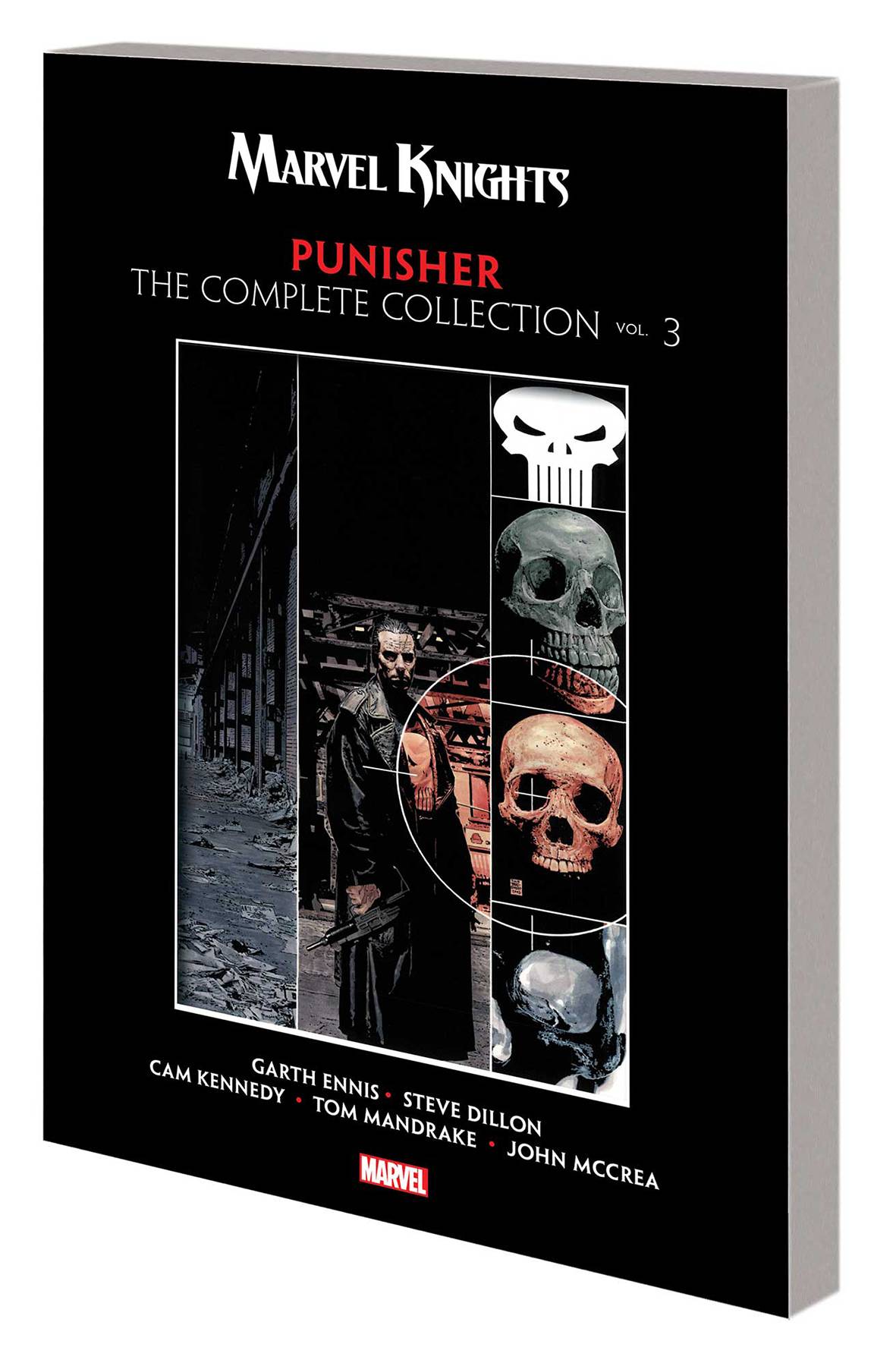 #
MAR191026
(W) Garth Ennis (A) Tom Mandrake, Cam Kennedy, More (CA) Tim Bradstreet
The Marvel Knights era of Punisher comes to an explosive close! First, guns meet blades as Frank faces perhaps the only person more deadly than he is: Elektra! Next, the Punisher heads to the Lone Star State for a high-noon showdown on the streets of Laredo! Then, when Daredevil, Spider-Man and Wolverine join forces to finally bring Frank's killing spree to an end, can he make three of Marvel's greatest heroes look like a confederacy of dunces? And how does the Hulk figure in to it all? Finally, Garth Ennis and Steve Dillon's sequel to their classic "Welcome Back, Frank" sees the resurrection of Ma Gnucci turn the Punisher's world into a war zone - which is just the way he likes it! Collecting PUNISHER (2001) #27-37 and PUNISHER WAR ZONE (2008) #1-6.
Parental Advisory
In Shops: Jun 05, 2019
SRP: $39.99
View All Items In This Series
ORDER SUBSCRIBE WISH LIST