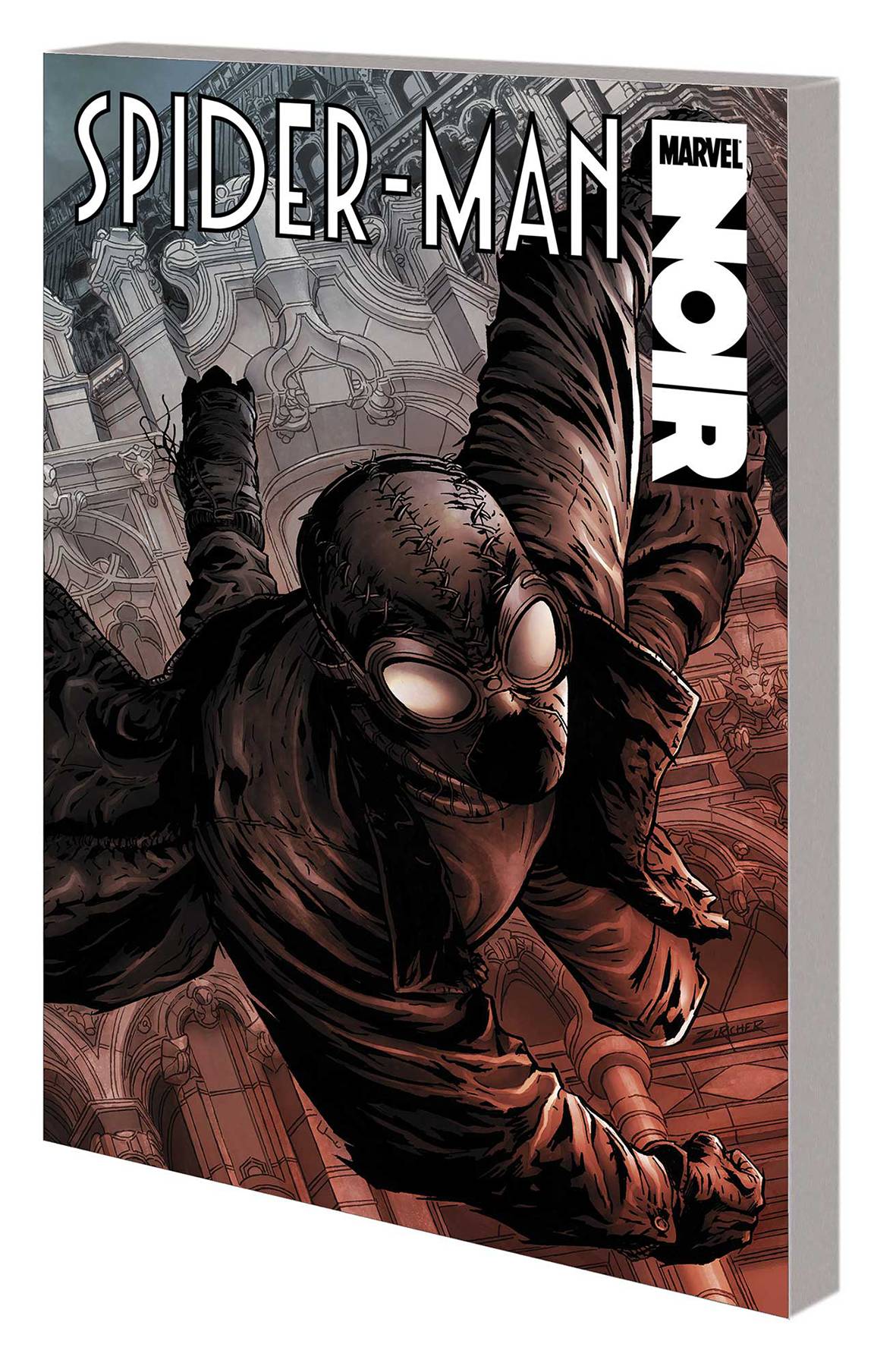 #
MAR191005
(W) David Hine, Fabrice Sapolsky, Roger Stern (A) Carmine Di Giandomenico, Richard Isanove, More (CA) Patrick Zircher
The hard-boiled adventures of the grittiest web-slinger in the Spider-Verse! In the dark days of the Great Depression, young reporter Peter Parker finds himself forever changed by a spider's bite - and resolves to take on crime and corruption as the urban vigilante called Spider-Man! And there are no shortage of foes - from gangland bosses the Goblin and Crime Master, to pulp-era twists on familiar faces like Kraven, Chameleon, Doctor Octopus and more! But will the seductive Felicia Hardy prove friend or foe? Plus: Spider-Man Noir enters the Spider-Verse via an encounter with Mysterio - and shares a spectacular team-up with a six-armed Spidey! And a brand-new video-comic adventure, adapted for print! Collecting SPIDER-MAN NOIR #1-4, SPIDER-MAN NOIR: EYES WITHOUT A FACE #1-4, EDGE OF SPIDER-VERSE #1, SPIDER-GEDDON: SPIDER-MAN NOIR VIDEO COMIC and material from SPIDER-VERSE TEAM-UP #1.
Rated T+
In Shops: May 29, 2019
SRP: $24.99
ORDER WISH LIST