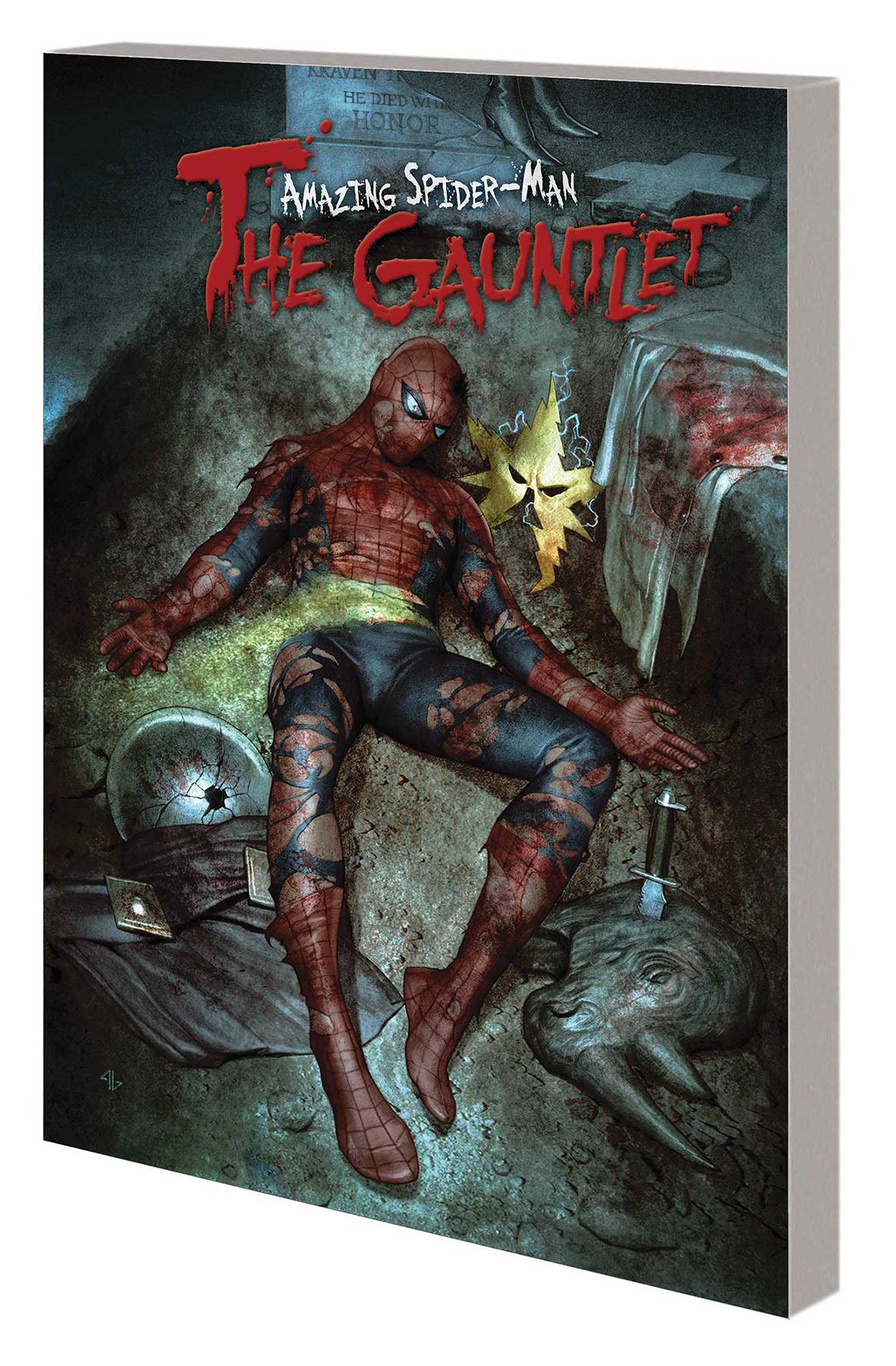 #
MAR191004
(W) Dan Slott, Mark Waid, More (A) Adam Kubert, Paul Azaceta, More (CA) Adi Granov
Spider-Man runs the gauntlet in a saga that redefines his classic archenemies one by one! The violent tension between Spidey and Norman Osborn builds to a boil! Electro becomes the voice of the common man against the brutal injustice of a system overloaded by greed! When one of Peter Parker's closest friends is on the brink of ruin, all clues point to the sinister Sandman! The Rhino charges in for a heartbreaking story of love, loss and lust for power! Mysterio is back from the dead - and he's not alone! Peter Parker meets the new Vulture - but who is he, and why does he prey on the city's criminals? And Morbius, the Living Vampire, is out for blood! Collecting DARK REIGN: THE LIST - AMAZING SPIDER-MAN, AMAZING SPIDER-MAN (1999) #612-626 and ANNUAL #37 and material from WEB OF SPIDER-MAN (2009) #2-5.
Rated T
In Shops: Jun 19, 2019
SRP: $39.99
View All Items In This Series
ORDER SUBSCRIBE WISH LIST