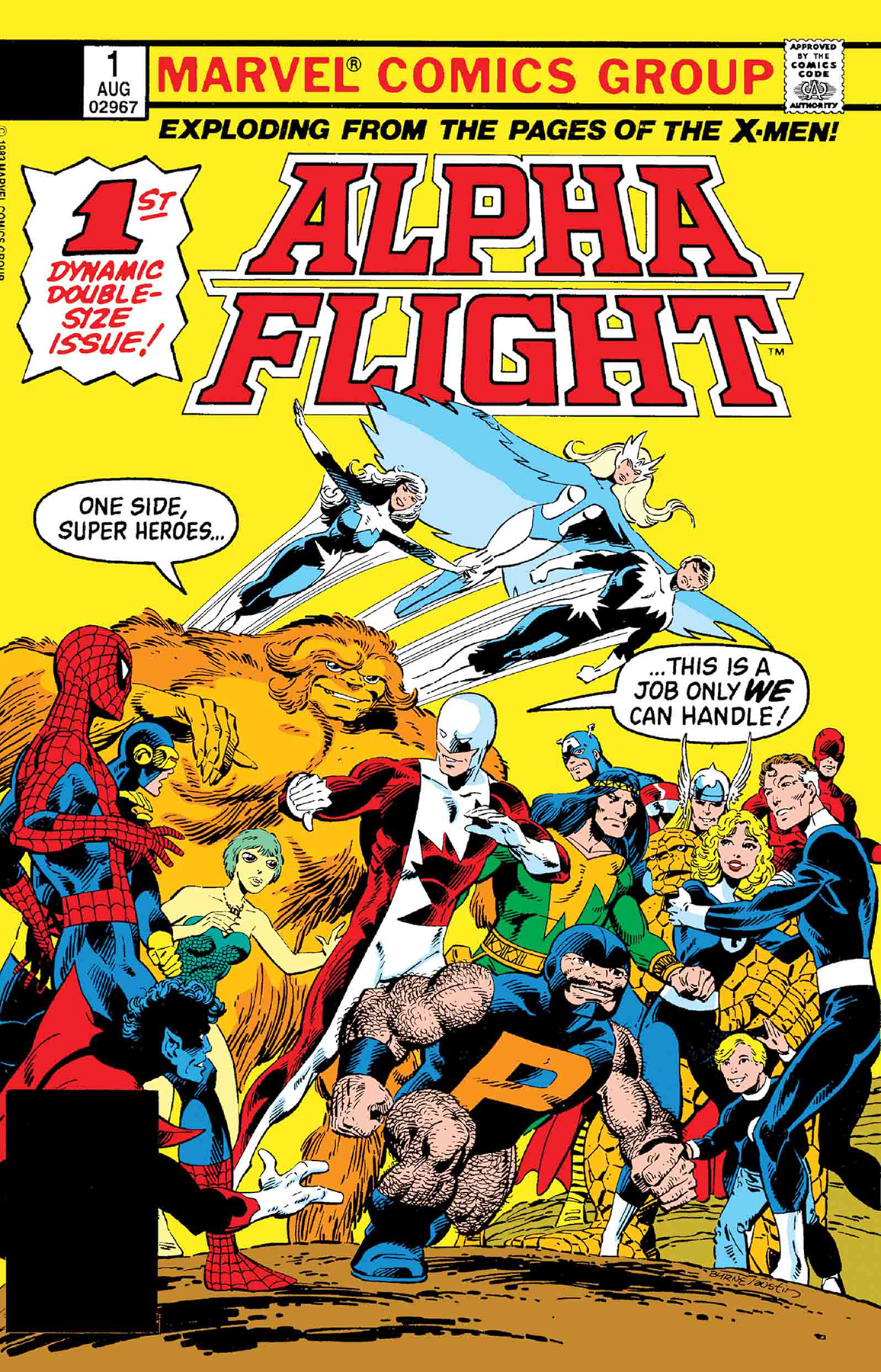 MAR190905
(W) John Byrne (A/CA) John Byrne
In 1983, exploding from the pages of UNCANNY X-MEN, came Canada's premier super-team: Alpha Flight! Vindicator, Northstar, Aurora, Sasquatch, Snowbird and Shaman - together with new recruits Marrina and Puck - took center stage in an always-surprising series, written and drawn by John Byrne at the peak of his powers! Alpha Flight may have been officially shut down by Department H, but they're still Canada's first line of defense when the giant Tundra wreaks havoc! Relive the issue that made stars of Alpha Flight - one of the all-time great Marvel comic books, boldly re-presented in its original form, ads and all! Reprinting ALPHA FLIGHT (1983) #1.
Rated T
In Shops: May 22, 2019
SRP: $4.99