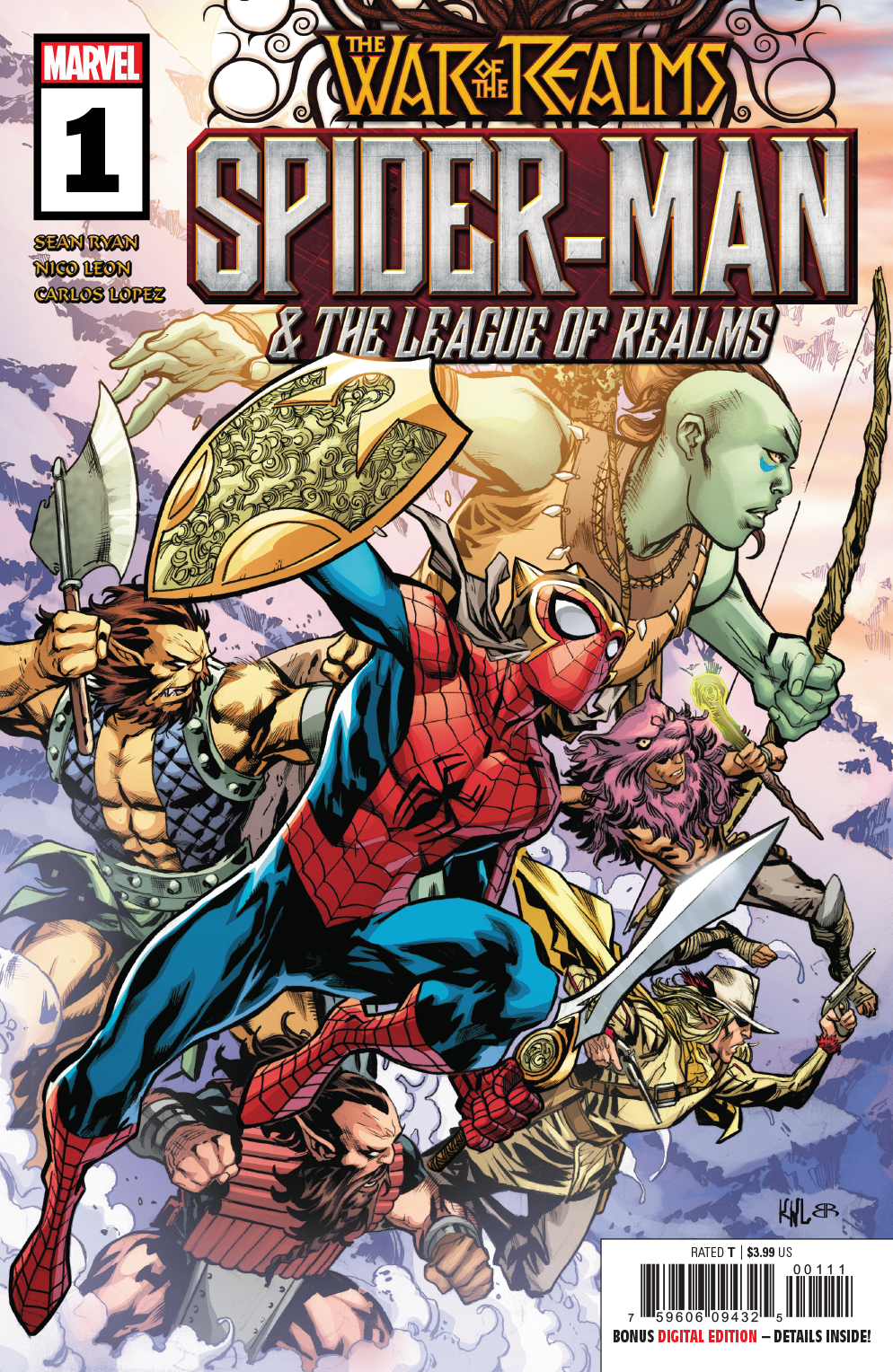 MAR190786
(W) Sean Ryan (A) Nico Leon (CA) Ken Lashley
WAR OF THE REALMS TIE-IN!
•  In order to win the War of the Realms, we need a LEAGUE OF REALMS!
•  Thor once led this team with one representive from each fantastical realm, but the League has a NEW leader and representative of Midgard- SPIDER-MAN!
•  Spider-Man must Frodo-Up and lead this ragtag group of SCREWBEARD THE DWARF, UD THE TROLL, RO BLOODROOT THE WIZARD, SIR IVORY HONEYSHOT THE LIGHT ELF and TITANYA THE MOUNTAIN GIANT! But who will represent ASGARD?!
•   And, as Spidey is a terrible leader, could this team possibly achieve ANYTHING?!
Rated T
In Shops: May 15, 2019
SRP: $3.99
View All Items In This Series