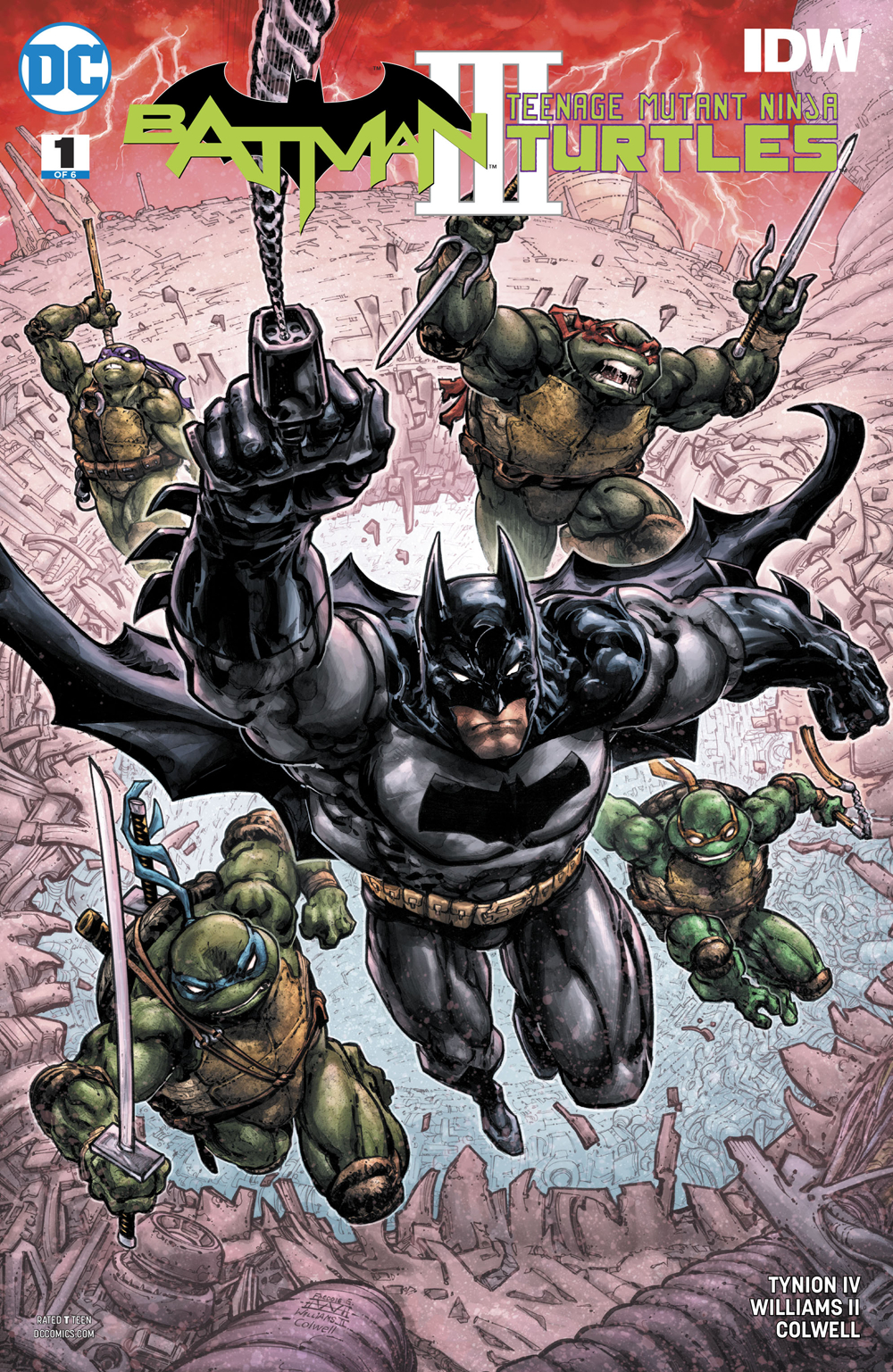 MAR190456
(W) James TynionIV (A/CA) Freddie Williams II
The 80th anniversary of Batman collides with the 35th anniversary of the Teenage Mutant Ninja Turtles in this stunning concluding miniseries to the BATMAN/TEENAGE MUTANT NINJA TURTLES trilogy. Our heroes have battled the evil of the Foot Clan in Gotham City and Bane in New York, but now Krang has gotten his hands on the most dangerous technologies in the DC Universe-and no universe is safe from his wrath! Co-published with IDW.
In Shops: May 01, 2019
SRP: $3.99
View All Items In This Series 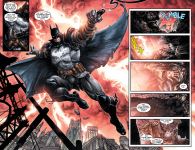