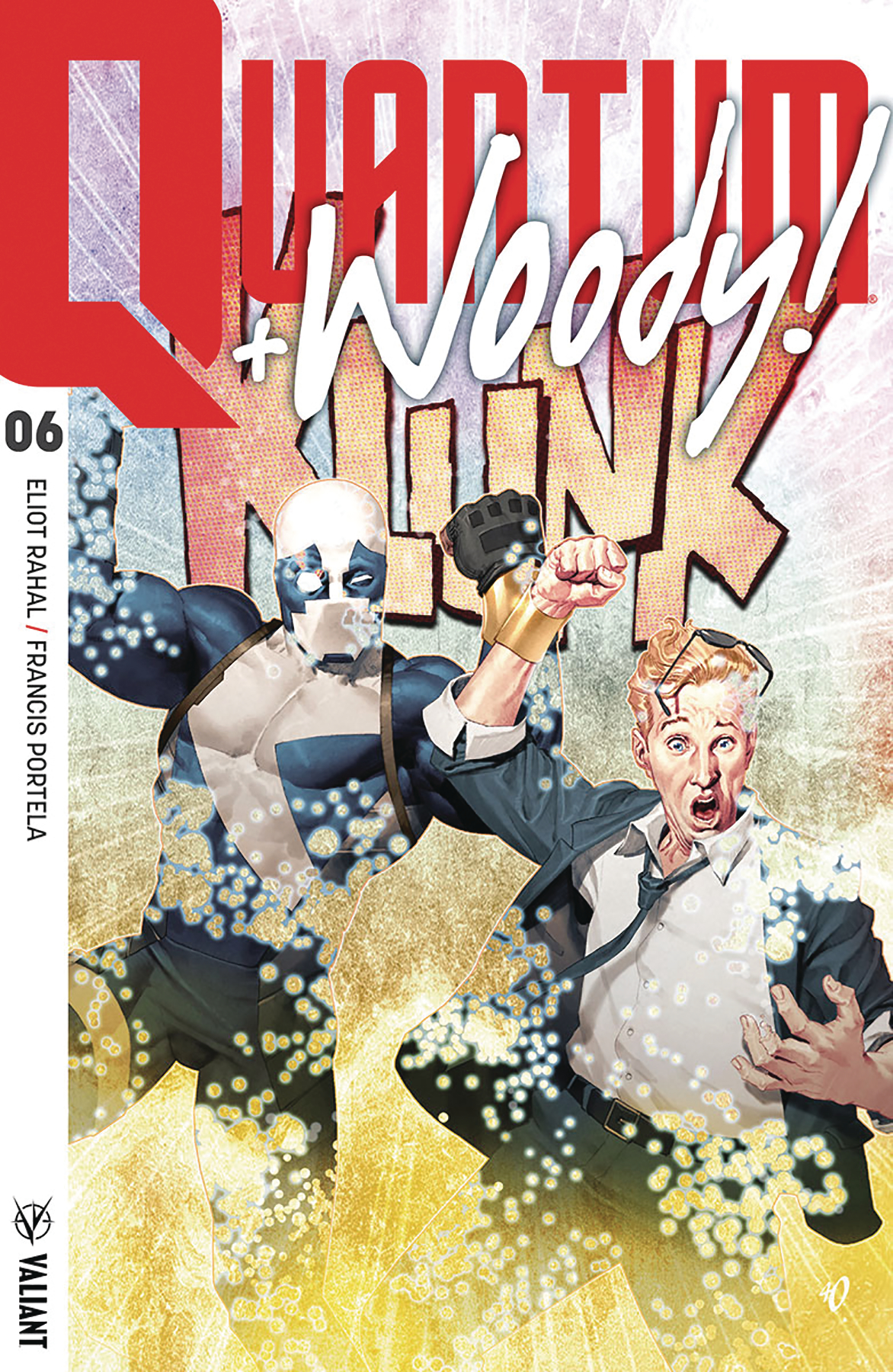 MAR181994
(W) Eliot Rahal (A) Francis Portela (CA) Ariel Olivetti
AN ALL-NEW JUMPING-ON POINT! A TIE-IN TO HARBINGER WARS 2...?
"KLANG, KLANG...KLUNK?" In the ultimate display of power, Livewire has plunged the United States into darkness. From coast to coast, once-vital technology has now been rendered worthless... No cars... No phones... No quantum bands?!? Without the high-tech gauntlets that bind them together, the world's worst superhero team have 24 hours before they disintegrate into nothingness...
Now, stripped of their powers and unable to "klang," can Quantum and Woody become the heroes they've always aspired to be and secure the streets of the nation's capital...before time runs out?
Hey, hey, nobody invited these guys! Quantum and Woody come kicking and screaming into Valiant's seismic summer crossover, courtesy of rising star Eliot Rahal (The Paybacks, Cult Classic), acclaimed artist Francis Portela (FAITH), and a perfect entry point into the title that The A.V. Club calls "a superhero series not to be missed."
In Shops: May 30, 2018
SRP: $3.99
View All Items In This Series