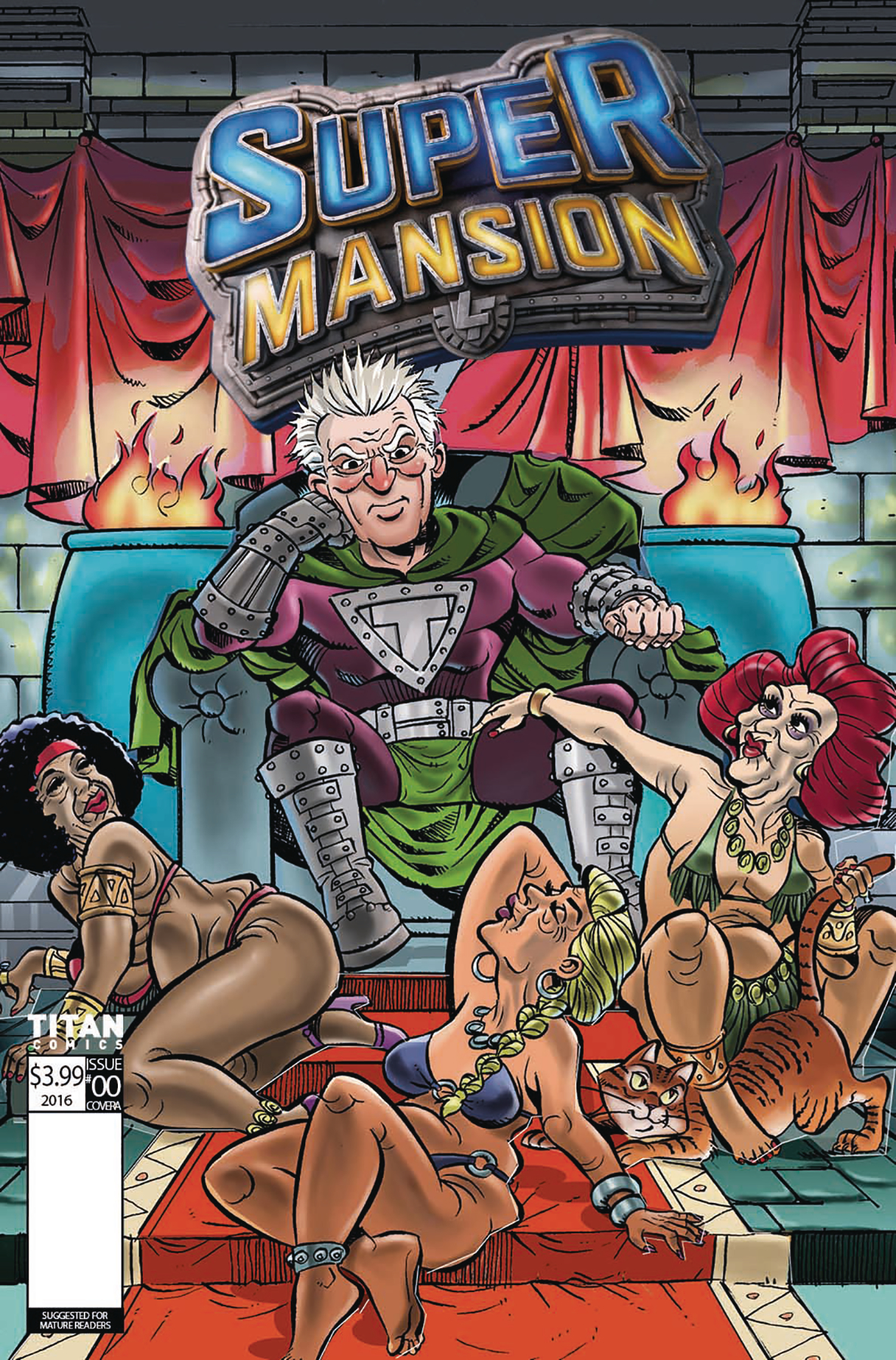 MAR181934
(W) Barry Hutchinson (A) Jake Elphick (CA) Fernando Leon Gonzalez
Comic series based on the Emmy-nominated animated comedy, Supermansion, airing on Crackle! Aging superhero Titanium Rex and his has-been team known as the League of Freedom struggle to stay relevant in a changing world.
In Shops: May 09, 2018
SRP: $5.99
View All Items In This Series
ORDER WISH LIST