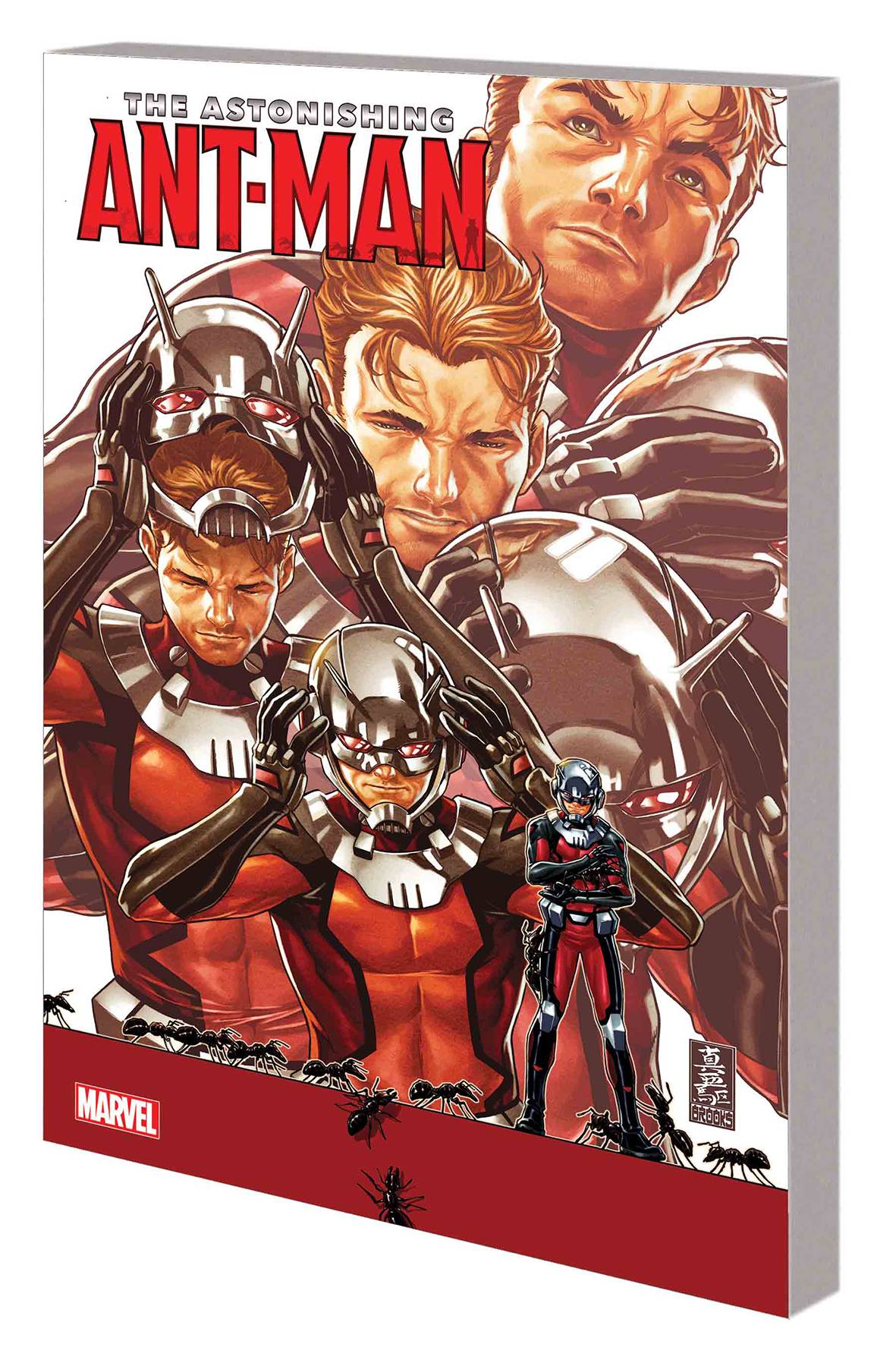 #
MAR180988
(W) Nick Spencer (A) Ramon Rosanas, Brent Schoonover, Annapaola Martello (CA) Mark Brooks
One tiny hero - one giant, action-packed book! Scott Lang was a down-on-his-luck divorced ex-con - until he stole Hank Pym's size-changing suit to save his daughter! Since then, Scott's life has been a rollercoaster. But will he continue to be a hero - or return to his former life of crime? Or perhaps both?! Scott has his hands full with a new business, some questionable employees and a teenage daughter who was once an Avenger herself! Then there are villains like the Power Broker and Scott's archenemy, Darren Cross, plus the female Beetle - will she be friend, foe or something else entirely? Nick Spencer's entire fast, furious and fun Ant-Man run is collected between two covers! Collecting ANT-MAN (2015) #1-5 and ANNUAL #1, ANT-MAN: LAST DAYS #1, and ASTONISHING ANT-MAN #1-13.
Rated T+
In Shops: Jun 13, 2018
SRP: $34.99
ORDER WISH LIST