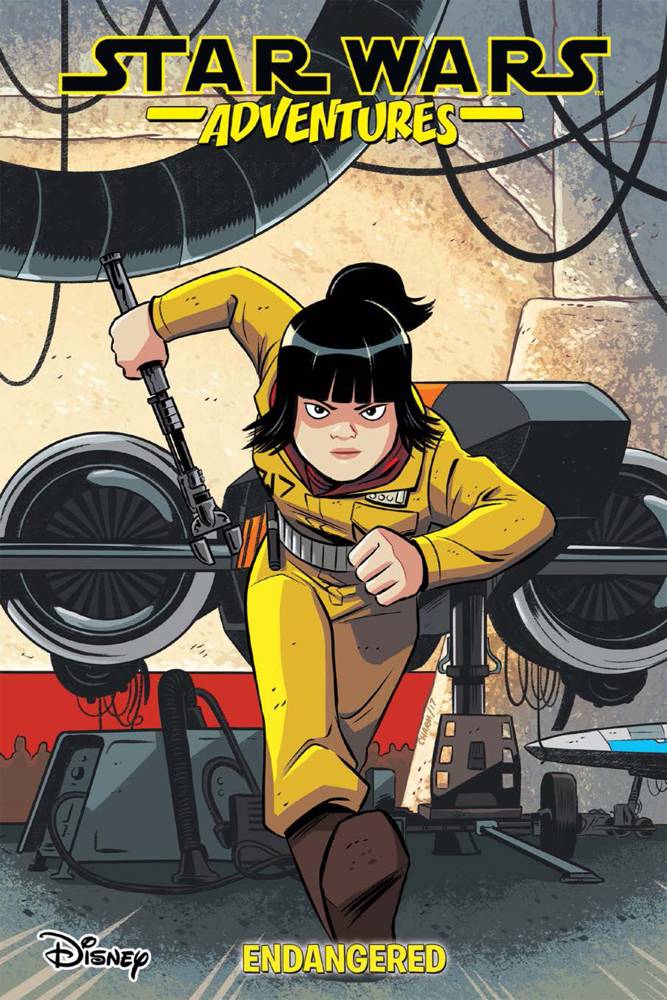 #
MAR180511
(W) Delilah S Dawson, Sholly Fisch, Shaun Manning, Paul Crilley, Otis Frampton (A) Sean Cheeks Galloway, Jamal Peppers, Cassey Kuo, Gary Martin, Chad Thomas, Philip Murphy, Otis Frampton (A/CA) Derek Charm
Advance solicited for June release! Rose Tico-breakout character from The Last Jedi, and normally a behind-the-scenes operator-takes center stage in the fight against the First Order! Young Anakin Skywalker competes in a podrace that's unlike any he's seen before! And Ezra Bridger, Hera Syndulla, and the rest of the Ghost crew must retrieve a sacred bird from the Empire's clutches, but space pirate Hondo Ohnaka might get it first! A rotating crew of characters and creators reveal these and more untold tales from the Star Wars galaxy, in stories appropriate for all ages, from Padawans to Jedi Masters. Collects Star Wars Adventures issues #6-8.
In Shops: Jun 20, 2018
SRP: $9.99
View All Items In This Series