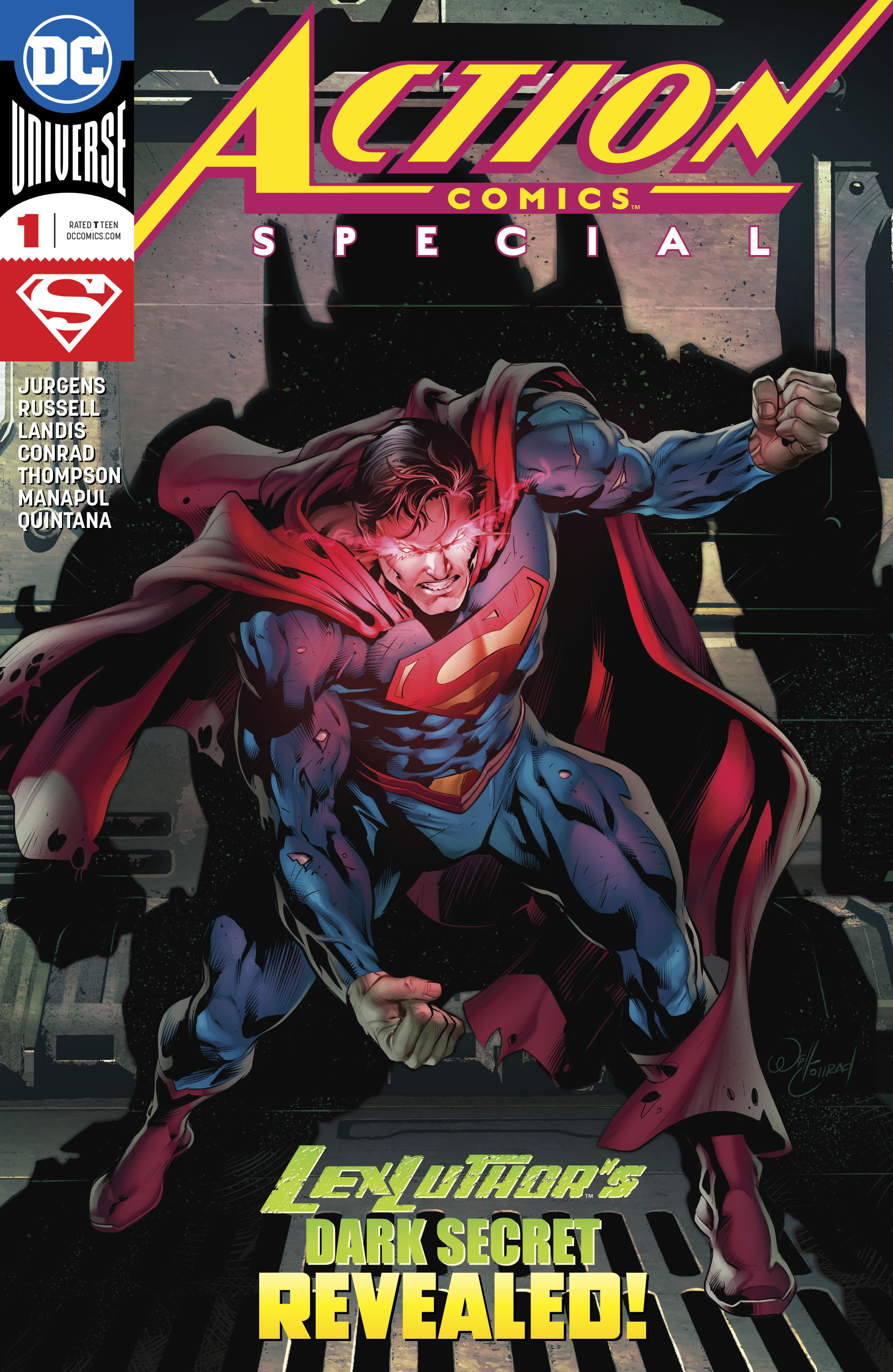 MAR180226
(W) Dan Jurgens, Max Landis, Mark Russell (A) Francis Manapul, Jill Thompson (A/CA) Will Conrad
"The Last Will and Testament of Lex Luthor"! When Superman's world was reborn, his greatest enemy became his most unexpected ally. But does that truly reflect Lex Luthor-or was it all a sham? Now, as Lex Luthor's path toward righteousness reaches its apex, he finds himself involved in an adventure in which Superman stands to be destroyed. What choice will Luthor make? Will he save Superman or watch him die at the hands of a foe he could not possibly imagine? This oversized special also features stories from the acclaimed teams of Max Landis and Francis Manapul (in a story previously slated to appear in the DC UNIVERSE HOLIDAY SPECIAL 2017 #1) and Mark Russell and Jill Thompson!
In Shops: May 02, 2018
SRP: $4.99