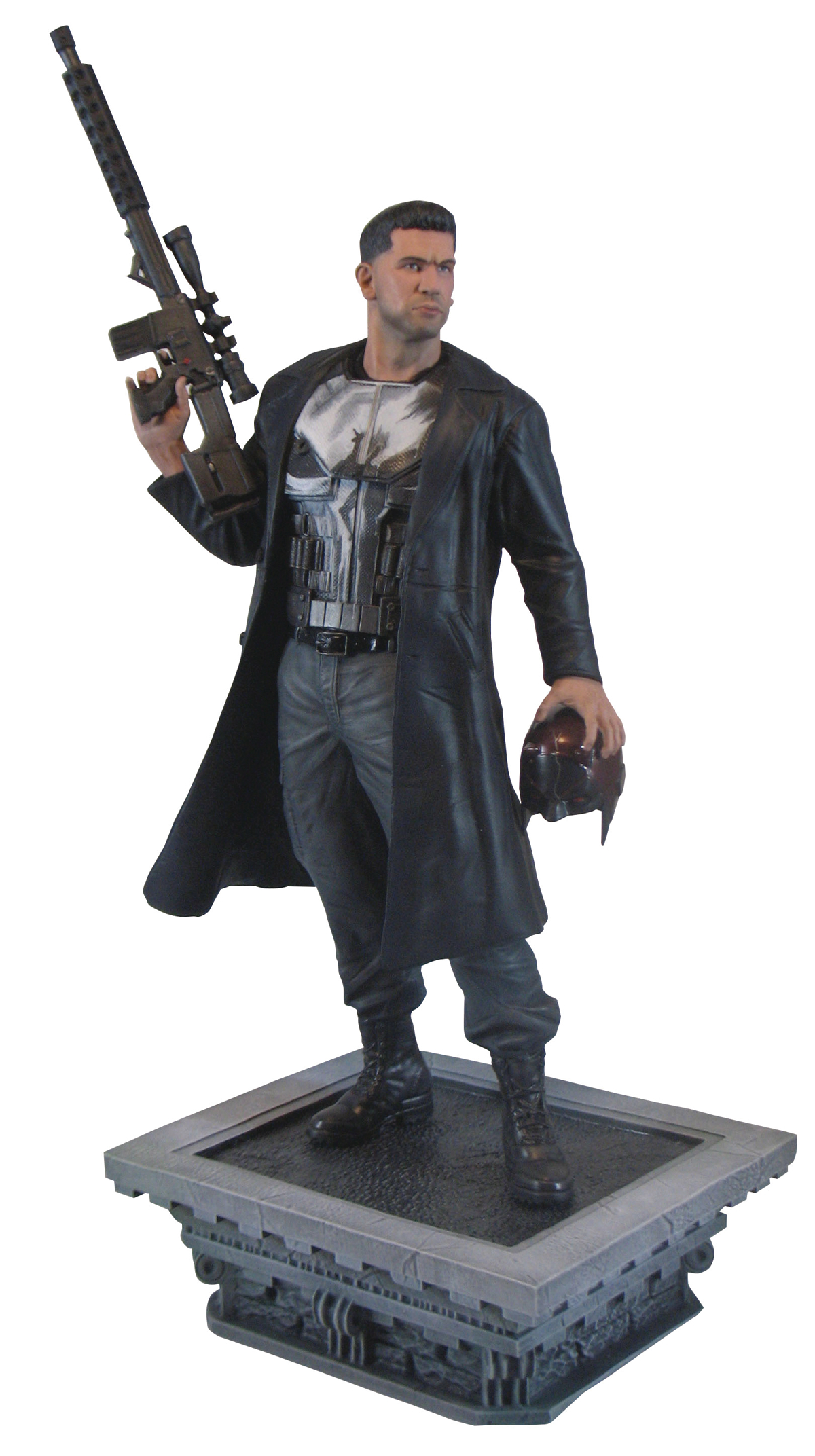 MAR172720
A Diamond Select Toys release! Prepare to be punished! The second Marvel Gallery PVC Diorma from the world of Marvel's Netflix TV series is none other than the Punisher! Featuring the likeness of actor Jon Bernthal, this approximately 12-inch PVC diorama depicts the Punisher as he appears at the end of Daredevil Season 2, standing atop a Hell's Kitchen rooftop with Daredevil's cowl in one hand and a high-powered rifle in the other. Diorama comes packaged in a full-color window box. Sculpted by Gentle Giant!
In Shops: Sep 20, 2017
SRP: $49.99