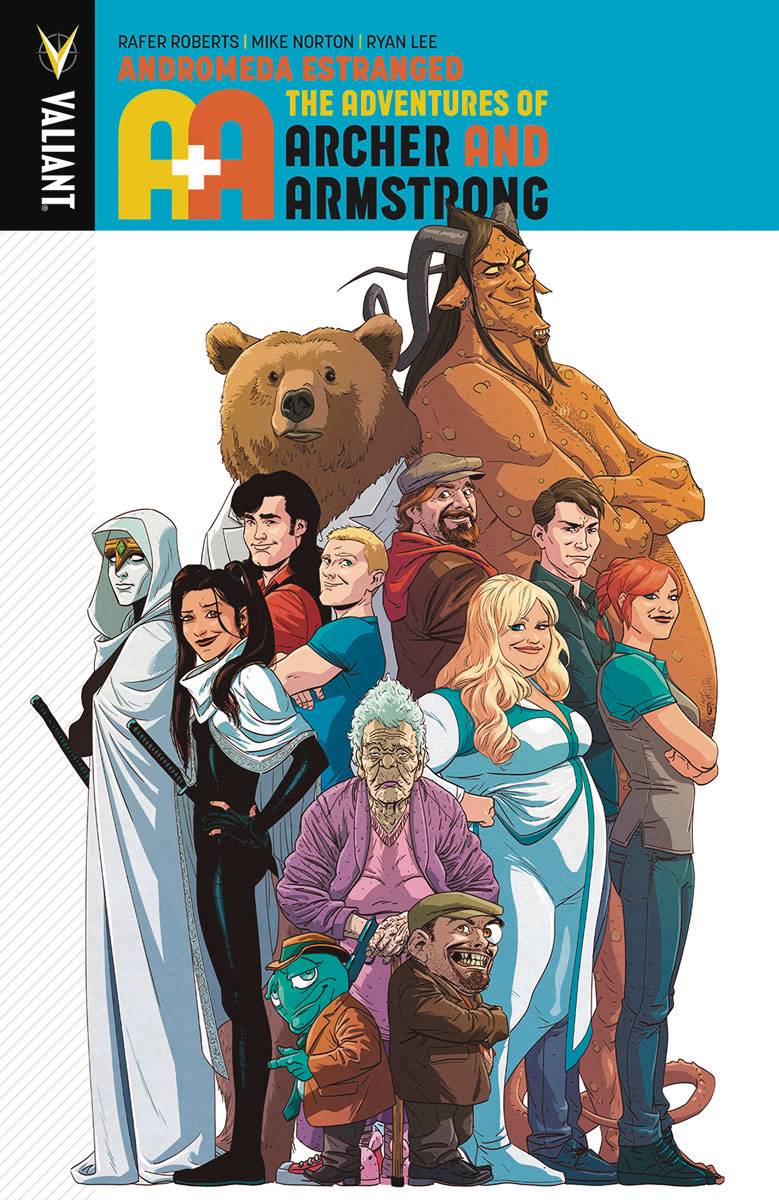 #
MAR172188
(W) Rafer Roberts (A) Mike Norton, Ryan Lee, Joe Eisma, Andrew Dalhouse, Marc Laming, Ulises Arreola (CA) Kano
Beatdown in the bayou! At long last, Valiant's gallant adventurers have finally located Armstrong's long-missing wife...in that dreaded land that dare not speak its name: Florida! But after centuries of thinking that his near-immortal bride, Andromeda, was just a booze-induced hallucination, how will Armstrong make up for years of lies, losses, and infidelities? And, as if that wasn't enough, a nefarious new force is about to release an army of bathsalt-using "Florida Men" to finish off Archer & Armstrong once and for all! It's a true story (not really) ripped from today's headlines (pretty much)! Pack your Crocs and don't skimp on the lotion because the Sunshine State is about to hit Archer & Armstrong like a bad seafood buffet...and we only have Harvey Award-nominated writer Rafer Robert (Harbinger Renegade) and acclaimed artist Mike Norton (Revival) to blame! Collecting A&A: THE ADVENTURES OF ARCHER & ARMSTRONG #9-12.
In Shops: May 24, 2017
SRP: $14.99
View All Items In This Series
ORDER WISH LIST