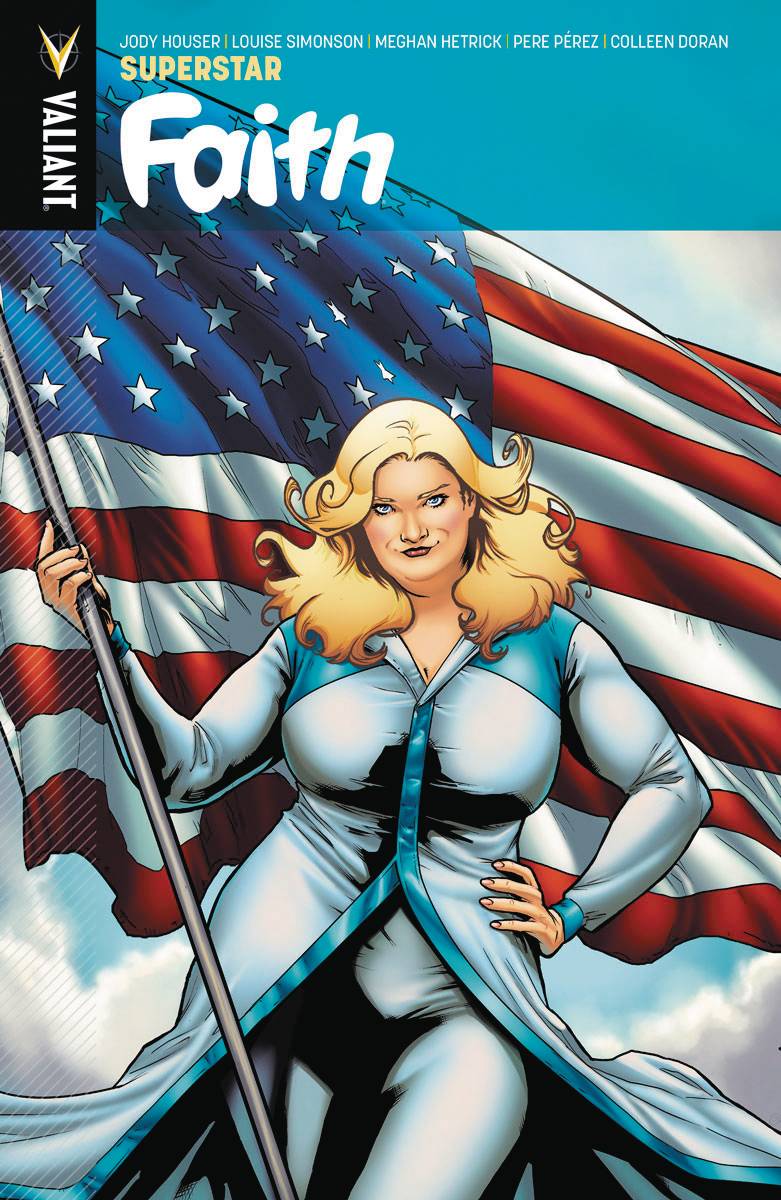 #
MAR172187
(W) Jody Houser, Louise Simonson, Rafer Roberts (A) Joe Eisma, Meghan Hetrick, Pere Perez, Marguerite Sauvage (CA) Carmen Carnero
Fight and flight! As Los Angeles' high-flying protector, Faith has inspired the dreams of an entire metropolis... Now get ready to meet its worst nightmare! When an escaped psiot prisoner starts tearing through the streets, Faith must stop her fiery rampage before all hell breaks loose! But this isn't just any ordinary threat... Not only can this empowered escapee drain the energy of everything in sight, she's one of L.A.'s most controversial pop stars to boot! Valiant's chart-topping superhero is about to add a major new player to her frenemies list, courtesy of breakout writer Jody Houser (Mother Panic) and acclaimed artists Meghan Hetrick (Red Thorn) and Marguerite Sauvage (DC Comics Bombshells)! Plus: legendary writer Louise Simonson and Harvey Award-nominated artist Pere Pérez present history in the making with a presidential milestone like no other! Collecting FAITH #5-8.