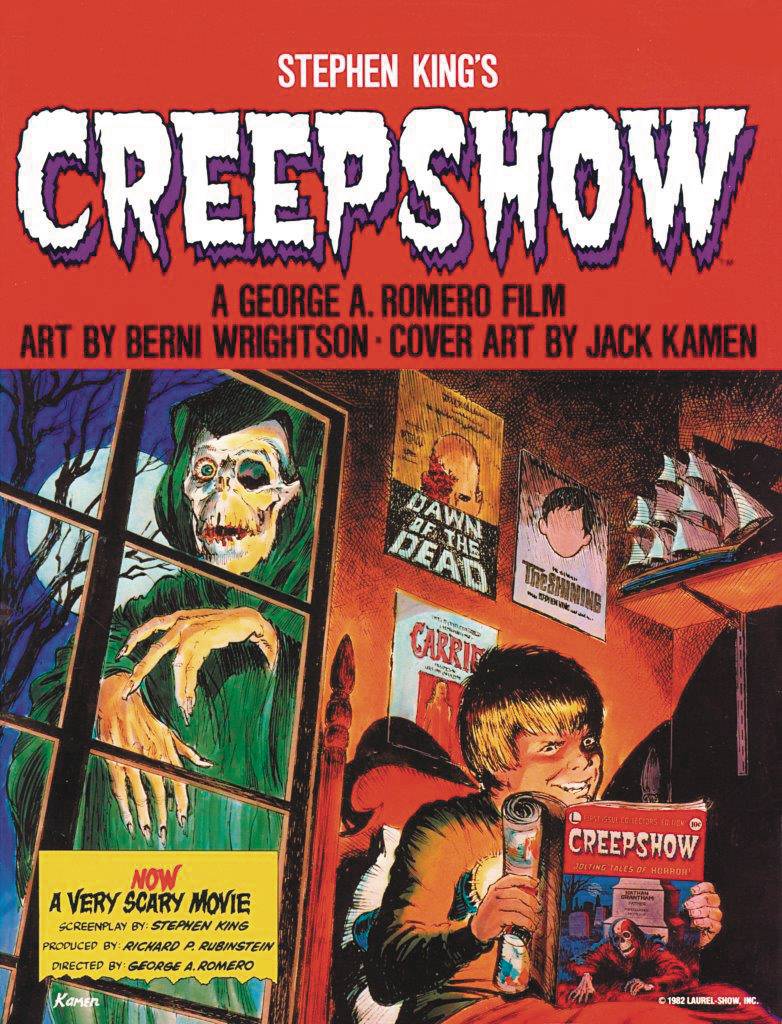 #
MAR171842
(W) Stephen King (A) Bernie Wrightson (CA) Jack Kamen
Now back in print: the graphic novel adaptation of Stephen King's Creepshow, based on the 1982 horror anthology and cult classic film directed by George Romero (Night of the Living Dead, Dawn of the Dead) and featuring stunning illustrations by the legendary Bernie Wrightson wutg cover art by the acclaimed Jack Kamen! A harrowing and darkly humorous tribute to the controversial and influential horror comics of the 1950s, Creepshow presents five sinsister stories from the #1 New York Times bestselling author - "Father's Day," "The Lonesome Death of Jordy Verrill," "Something to Tide You Over," "The Crate," and "They're Creeping Up on You." Unforgettable tales of terror to haunt your days and nights!
In Shops: May 10, 2017
SRP: $18.00
ORDER WISH LIST