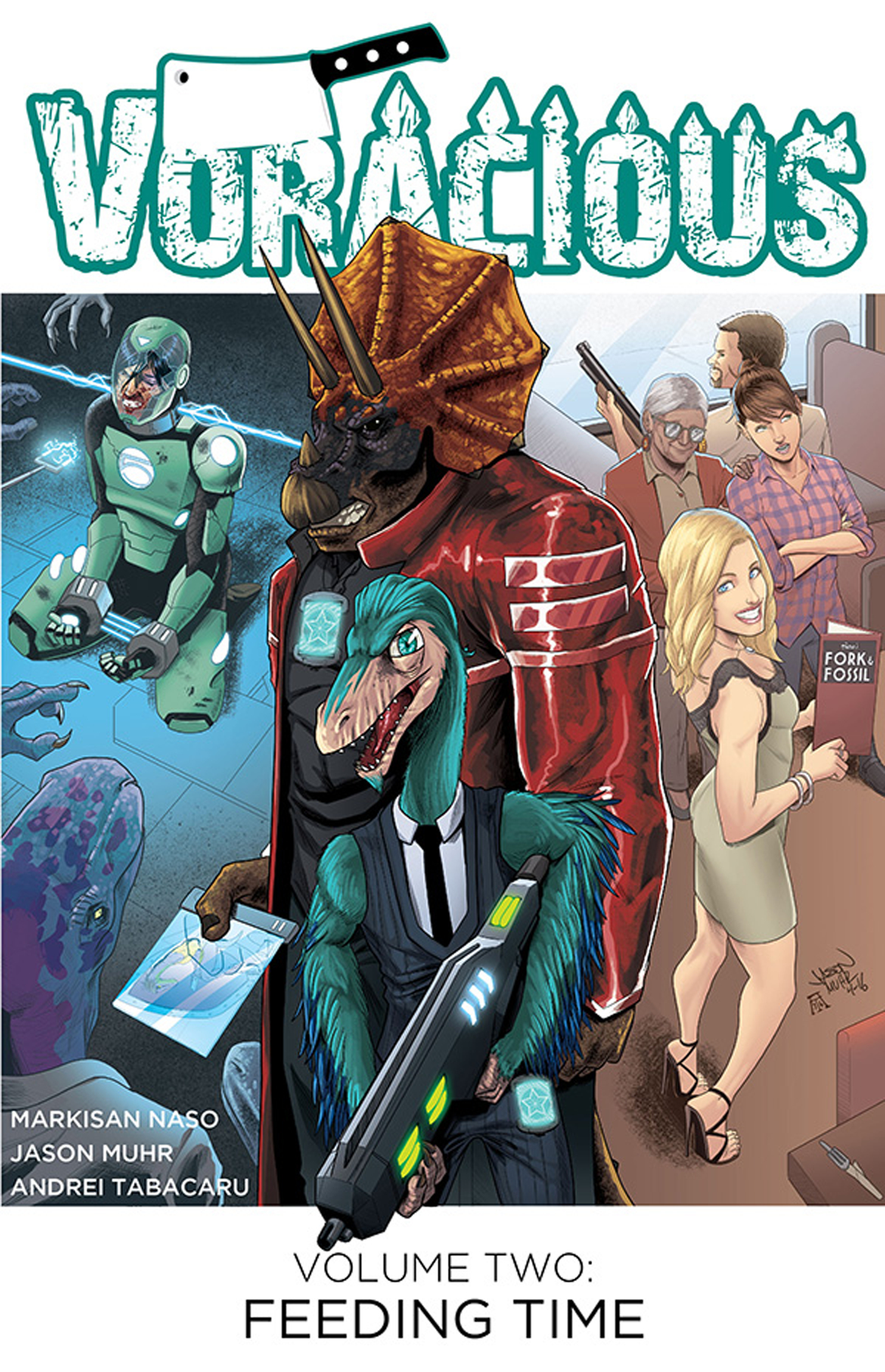 MAR171203
(W) Markisan Naso (A/CA) Jason Muhr
Hunting dinosaurs and secretly serving them at his diner has helped Chef Nate Willner become a big success. But when he discovers his hunts take place on an alternate Earth where dinosaurs evolve to rule the far future, his world begins to burn around him faster than any beast he's ever roasted. This second volume collects the critically acclaimed VORACIOUS: Feeding Time #1-5.