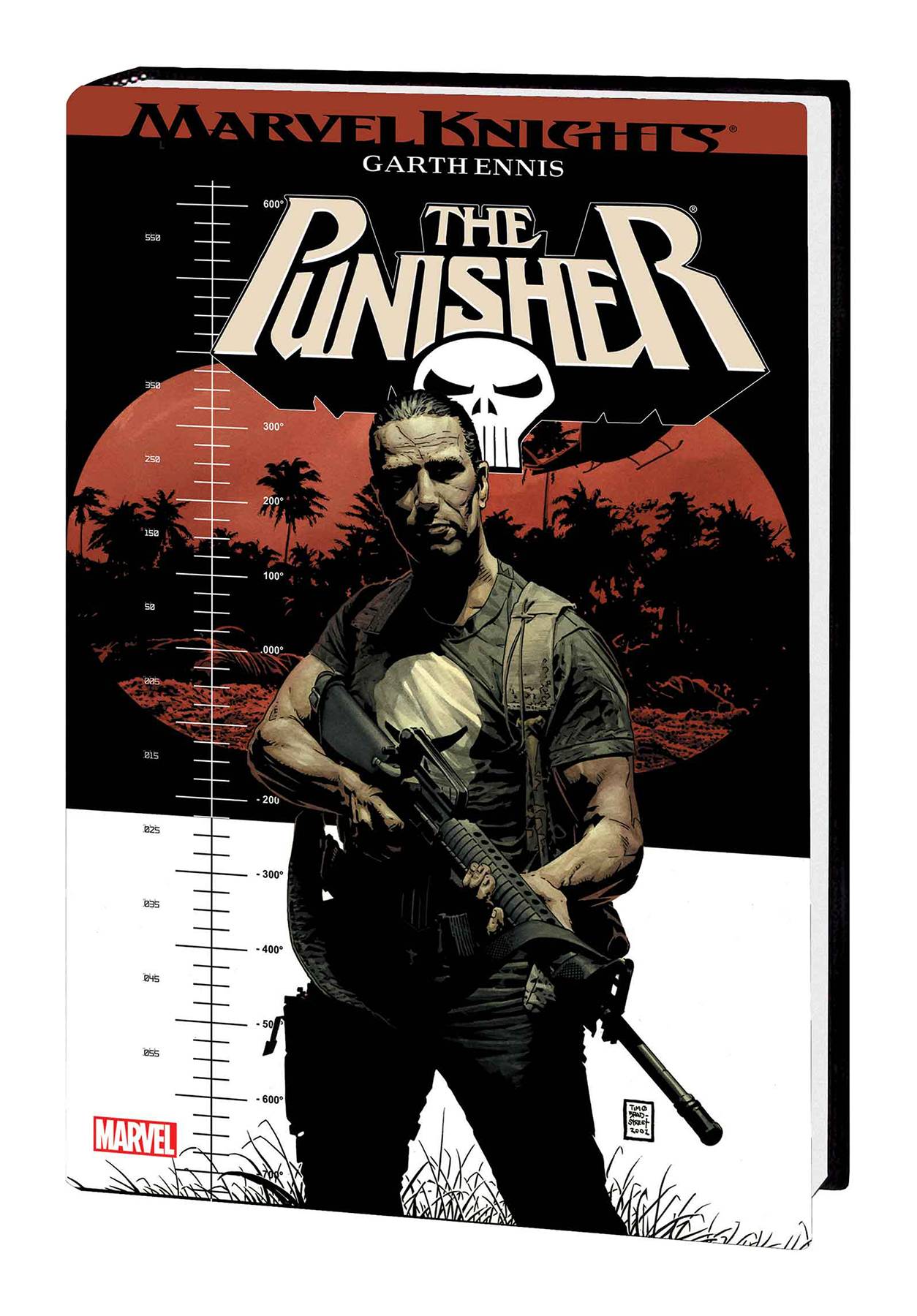 #
MAR171132
(W) Garth Ennis, Various (A) Various (CA) Tim Bradstreet
The bodies of drug dealers, murderers and the scum of the Earth litter the streets - the Punisher is back, and more brutal than ever, courtesy of writer Garth Ennis! The critically acclaimed creator that brought you Preacher restores one of the most popular characters in the Marvel Universe to his former glory and ultraviolent roots. Stripped of sidekicks, spiritual directives and other excess baggage, the vengeance-crazed vigilante hits the mean streets of New York City with a renewed sense of purpose! Lawbreakers beware: Frank Castle is locked, loaded and waiting for you to slip up! Collecting PUNISHER (2000) #1-12, PUNISHER (2001) #1-7 and #13-37, PUNISHER KILLS THE MARVEL UNIVERSE, and material from MARVEL KNIGHTS DOUBLE SHOT #1.
Parental Advisory
In Shops: Sep 06, 2017
SRP: $100.00
ORDER WISH LIST