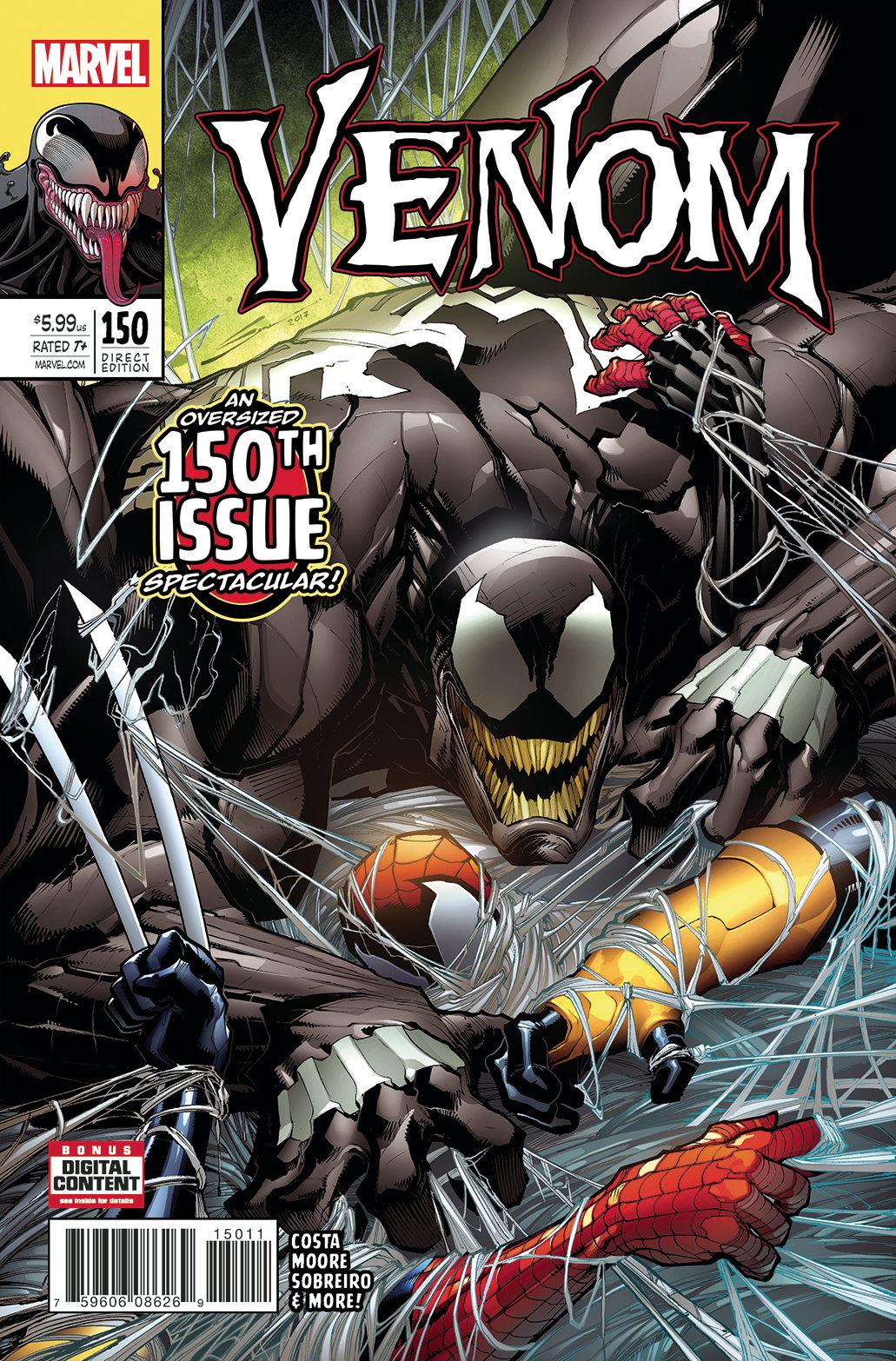 MAR171008
(W) Mike Costa, Robbie Thompson, David Michelinie (A) Tradd Moore, Ron Lim, John Livesay (A/CA) Gerardo Sandoval
REUNITED, AND IT FEELS SO GOOD!
Or, feels so bad? However it feels, Eddie Brock and the Venom symbiote have been reunited, and they're web-slinging their way around New York again. Featuring a host (hah!) of Venom creators from the character's near 30-year history, this  monstrous anniversary spectacular welcomes guest artist TRADD MOORE for an oversized and brutal main story AND a lethal story featuring fan-favorite creators David Michelinie and Ron Lim, reunited! With questions still lingering about how the symbiote was separated from Flash Thompson, and what lies in its future now that it's reunited with Eddie Brock, this is one issue you can't afford to miss!
Rated T+
In Shops: May 24, 2017
SRP: $5.99
View All Items In This Series