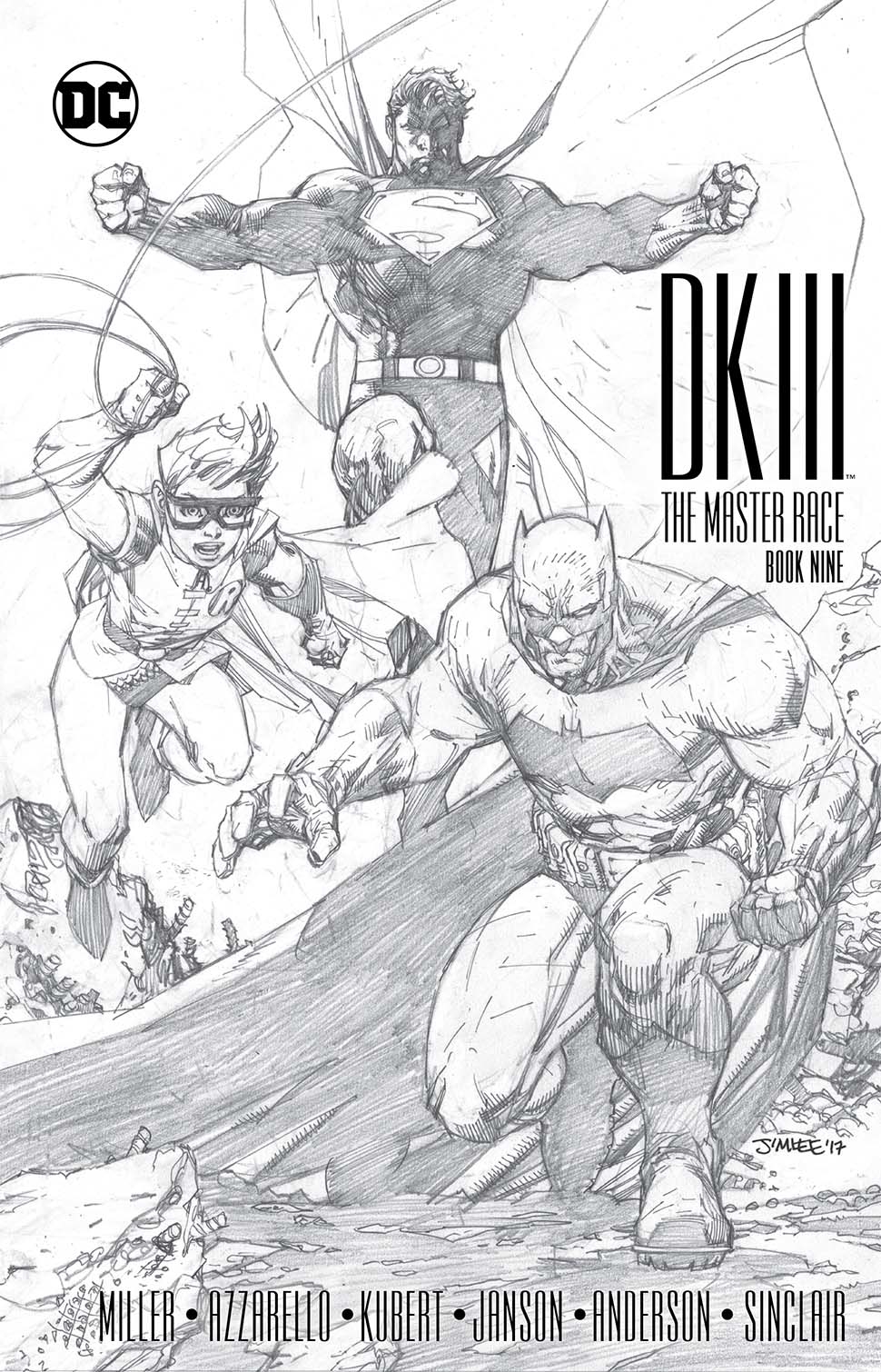 MAR170365
(W) Frank Miller, Brian Azzarello (A) Andy Kubert, Klaus Janson, Frank Miller (CA) Jim Lee
The epic conclusion to DARK KNIGHT III: THE MASTER RACE is here from the all-star creative team of Frank Miller, Brian Azzarello, Andy Kubert and Klaus Janson! This is Earth's last stand. Quar's Kryptonian Army has conquered the planet, but Batman and his allies don't believe the world is beyond saving. They'll rally once more against Quar and save the world or die trying.
This oversized paper-over-boards Collector's Edition features both stories from DARK KNIGHT III: THE MASTER RACE #8 at the same size, with cover art that's a pencils-only version of Jim Lee's 1:500 variant cover. This final Collector's Edition ships with a slipcase designed to hold the entire Collector's Edition set!
In Shops: Jun 28, 2017
SRP: $12.99
View All Items In This Series
ORDER WISH LIST