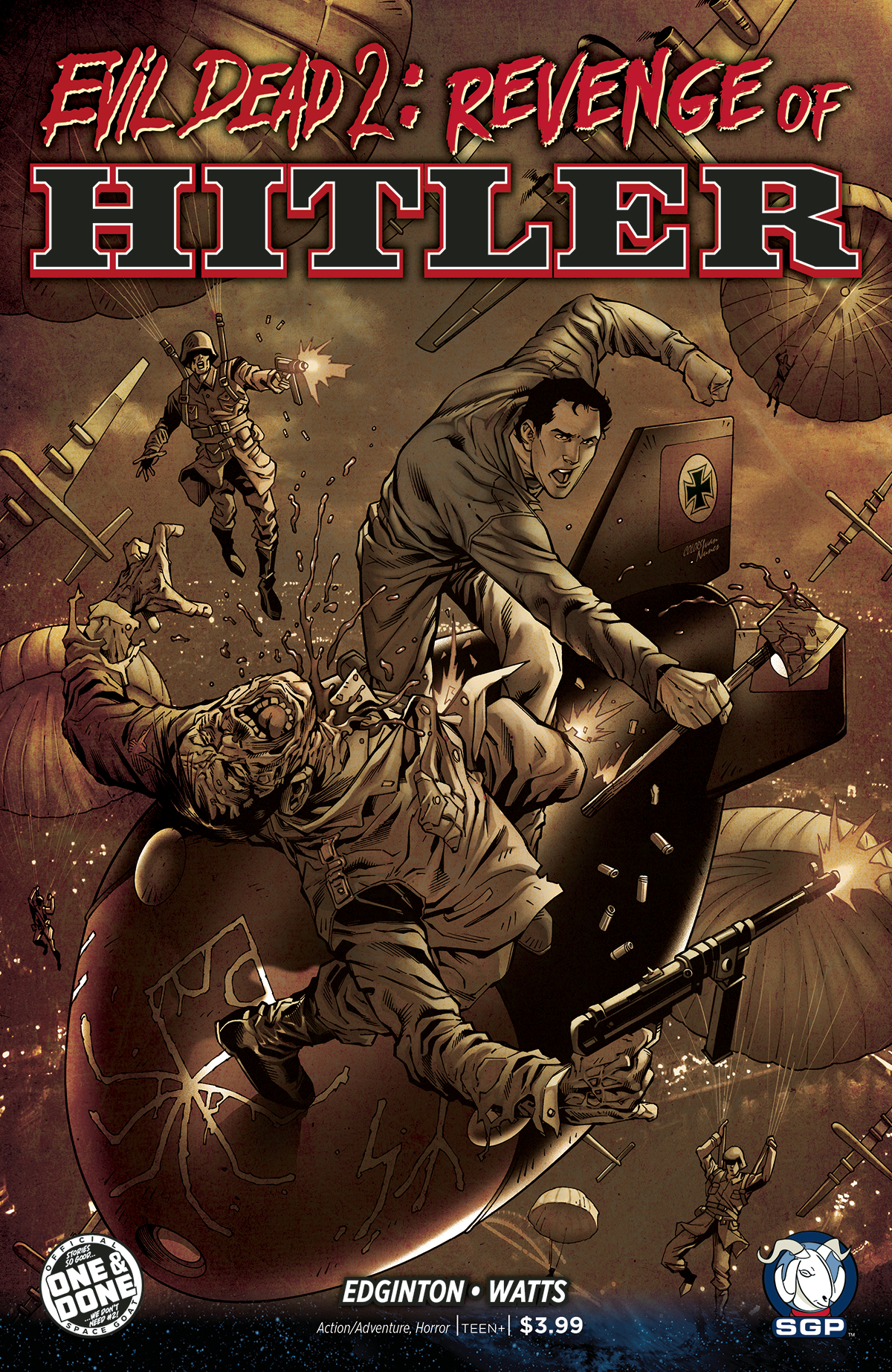 MAR168484
(W) Ian Edginton (A) Oscar Bazaldua, Carlos Eduardo, Chris Summers (CA) Kevin West, Jason Gorder, Ivan Nunes, Trevor Denham
From Space Goat Productions. They're baaaaack! Everybody's favorite badass returns. And so does Hitler. The Evil Dead 2 Universe expands with the first in a series of "Revenge" one-shots. Adolf Hitler had the Book of the Dead tattooed onto his body so that he could live forever, except it didn't quite work out that way. After he died in Berlin in 1945, it took someone to actually read the tattoo to reanimate him. Now he's back in the present day, and the Hellish Powers are forced to recruit Ash to put an end to his reign of terror before history repeats with a new undead army. Scheduled to ship 05/25/16. (3218)