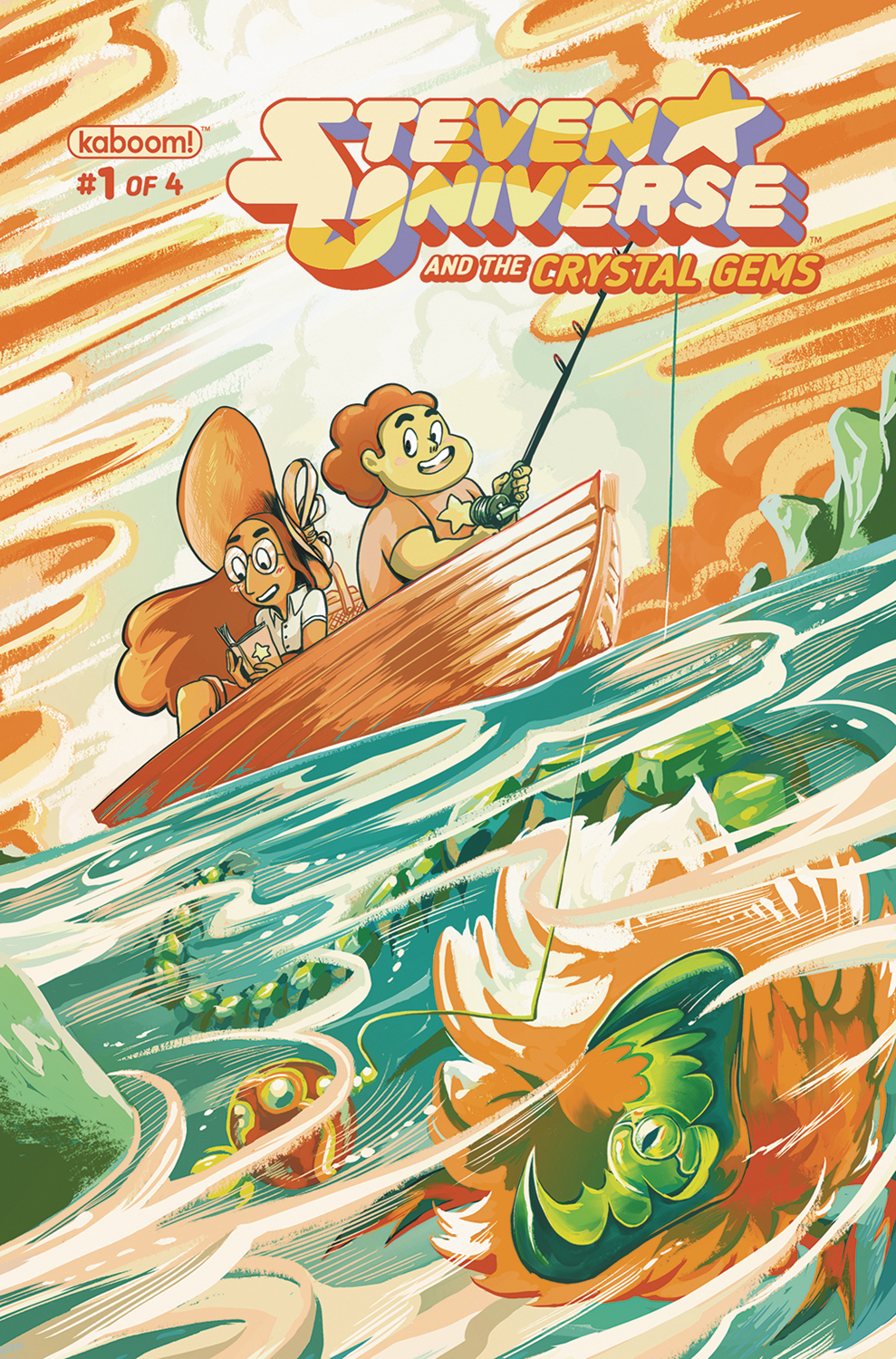 MAR168026
(W) Josceline Fenton (A) Chrystin Garland (CA) Allison Strejlau
2ND PRINTING!
What's to Love: The Steven Universe Cartoon Network animated series has given us a serious case of the feels over and over again, and our first Steven Universe comic series was met with enthusiasm from our fellow fans, so we had to head back to Beach City for more adventures! Plus, all the Subscription covers in this mini-series by Jeremy Sorese connect to form one image!

What It Is: Josceline Fenton (Hemlock) and Chrystin Garland (Adventure Time) help keep Beach City weird with this new four-issue miniseries. Steven takes the Gems out for a camping trip and tells them spooky stories around the camp fire. The Gems don't give him much of a reaction, but they do tell him a spooky story of their own about a monster who turns bad Gems into glass and shatters them. Pearl assures a terrified Steven that it's just a story, but suddenly people around Beach City start turning up frozen in glass...
In Shops: May 25, 2016
SRP: $3.99
View All Items In This Series
ORDER WISH LIST