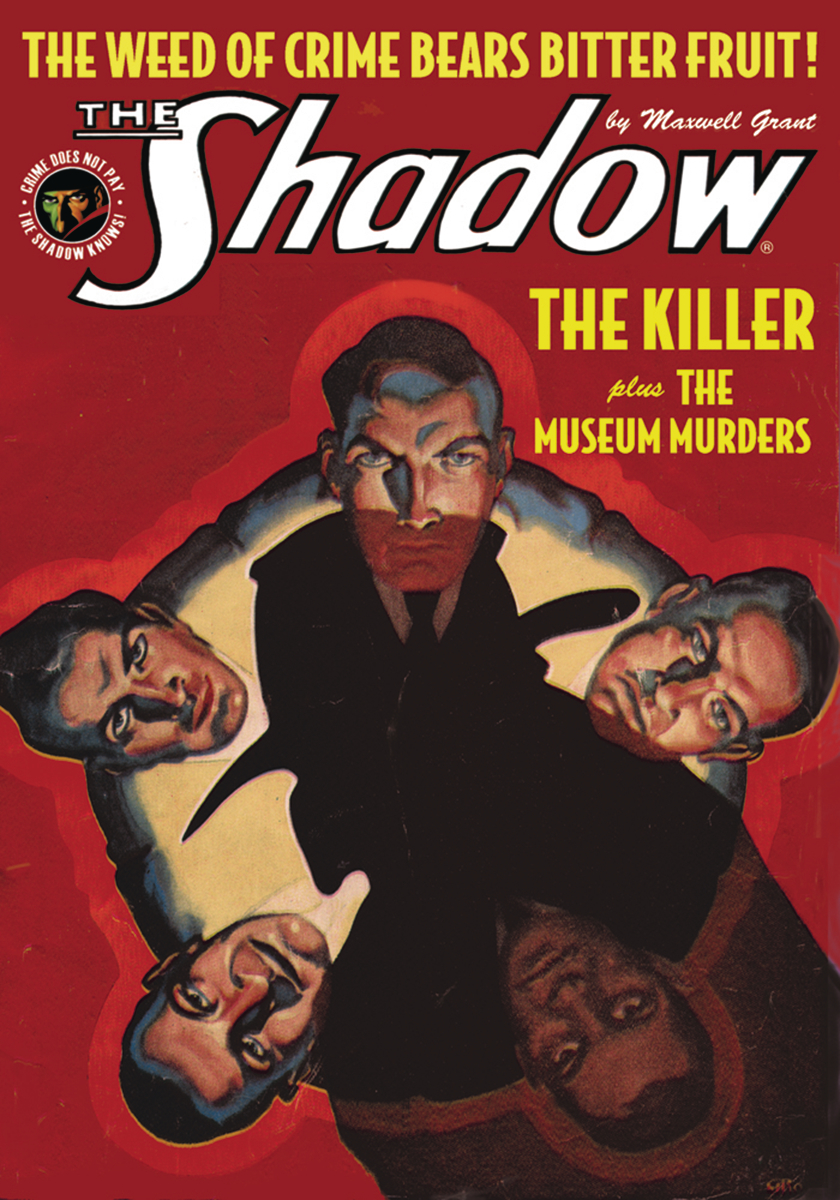 MAR162009
(W) Maxwell Grant, Walter B. Gibson, Will Murray (A) Paul Orban, Tom Lovell (CA) George Rozen, Graves Gladney
The Master of Darkness proves that "the weed of crime bears bitter fruit" in chilling pulp novels by Walter B. Gibson! First, "The Killer" launches a campaign of serial murder until he makes an appointment with death with The Shadow! Then, priceless treasures are moved to secret strongholds for wartime safekeeping, leading to vicious robbery attempts from two gangs of murderous cutthroats. This collector's classic features the original color pulp covers by George Rozen and Graves Gladney plus interior illustrations by Tom Lovell and Paul Orban, with historical commentary by Will Murray.
In Shops: Jun 29, 2016
SRP: $14.95
View All Items In This Series