DIVINITY II #2 (OF 4) CVR A KEVIC-DJURDJEVIC 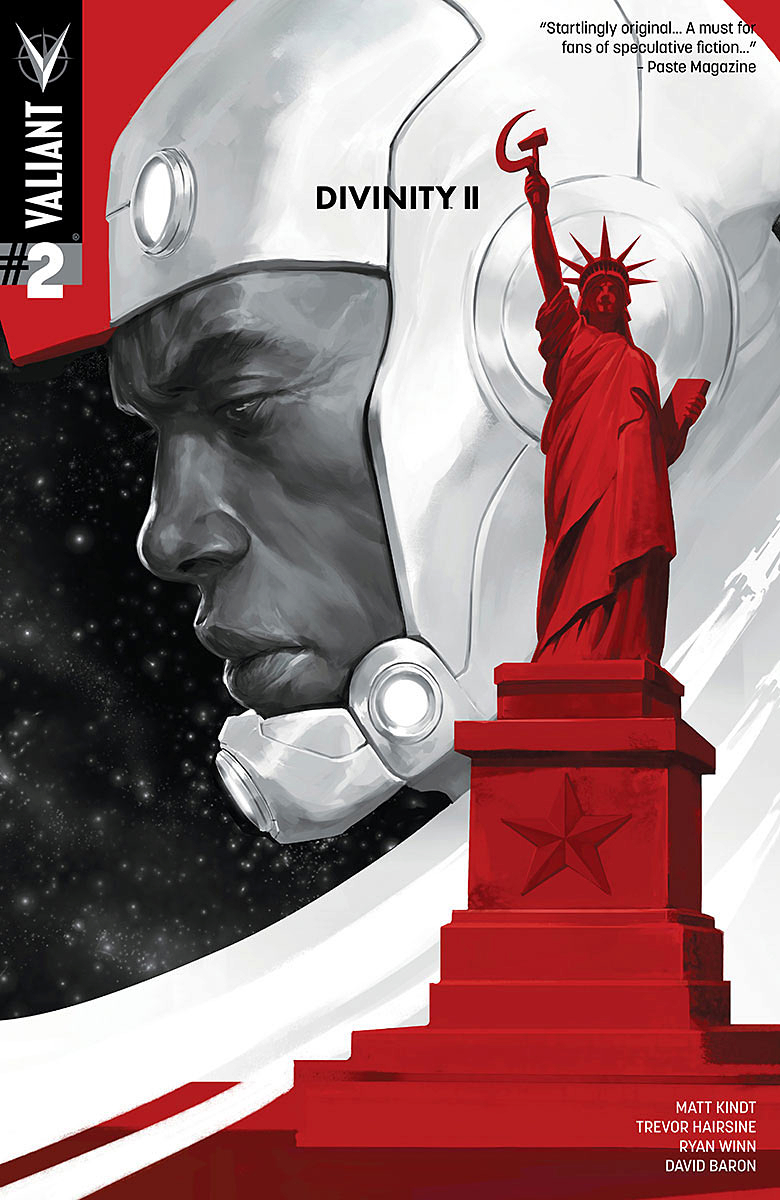 Just a month after the arrival of long-lost cosmonaut Mishka, the former Soviet Union has made an impossible push to become the world's preeminent superpower. But how? Ninjak has a theory, but it will require going undercover across enemy lines...and maybe some help from Mishka's old comrade, Abram Adams - the god-like being known as Divinity! But can the motives of a deity among men ever truly be known...and will the return of Divinity's former teammate rekindle his old allegiances?
In Shops: May 25, 2016
SRP: $3.99
View All Items In This Series