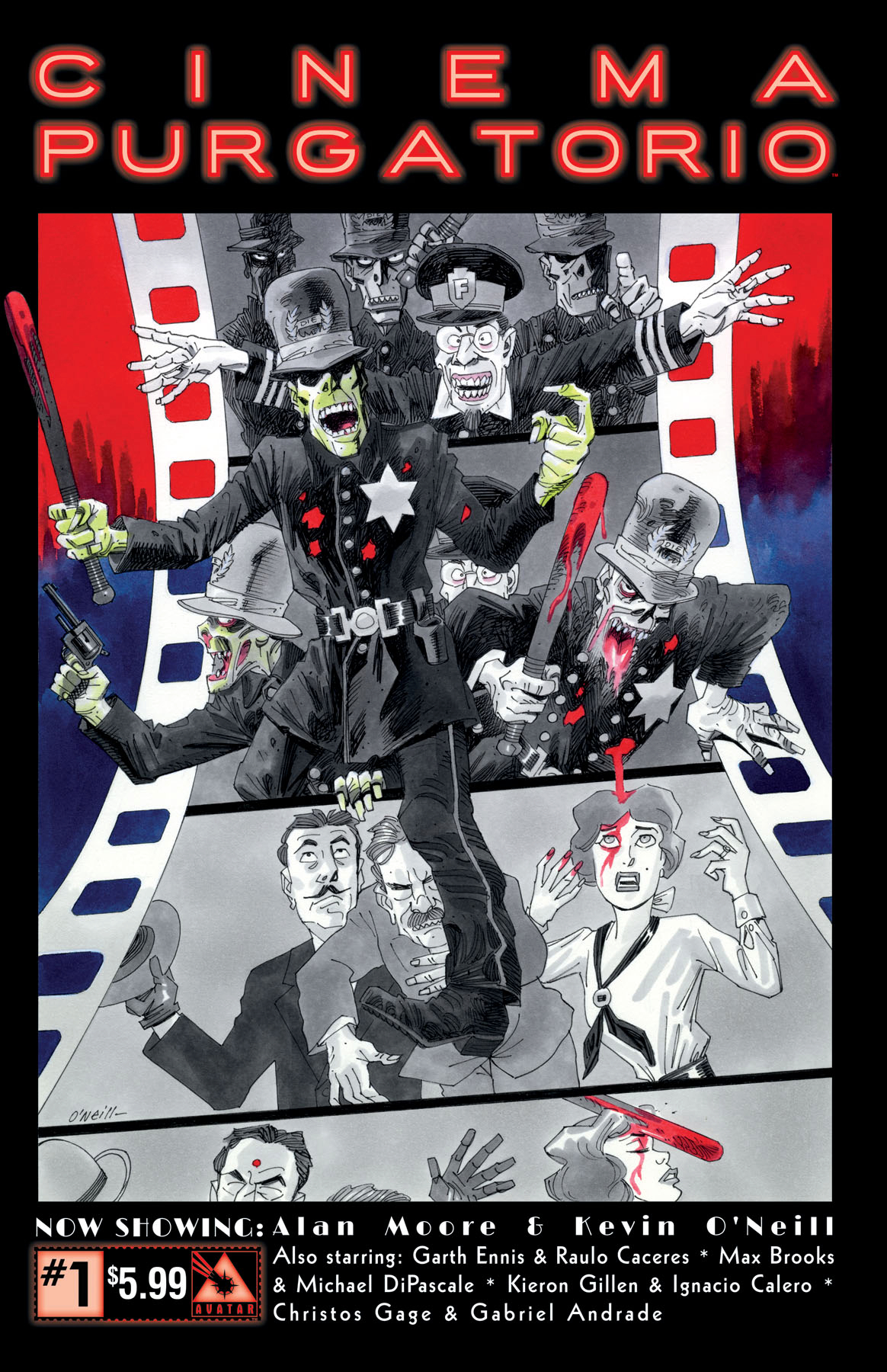 MAR161116
(W) Alan Moore, Garth Ennis, Max Brooks, Kieron Gillen, Christos N. Gage (A) Kevin O'Neil, Raulo Caceres, Ignacio Calero, Gabriel Andrade (A/CA) Michael DiPascale
Alan Moore and Kevin O'Neill invite you, and some of the finest creators in comics, in to join them in a different kind of dark: Cinema Purgatorio!  This ongoing monthly series will feature Alan and Kevin in every issue and is their first major new project together since League of Extraordinary Gentlemen!  Anthology has become a dirty word, so far be it from us to clean it up.  Instead we'll shine our light onto the cutting edge of sequential art, with black and white artwork to allow illustrator's pure visions, and the greatest assembly of writing talent ever gathered on one series.  Every issue is perfect-bound, with no ads, and all of the works are very long-form, there are no collections planned before 2018.  Jump in now and embrace the new future of comics.  The one of which Alan Moore has always dreamed.  It's here, now. Hiding in the dark corner.  Welcome to Cinema Purgatorio.
In Shops: May 04, 2016
SRP: $5.99
View All Items In This Series